Jason Lepley is a regular dealer of MkII Escorts, and has seen all types, from kit cars to fully fledged historic machines

The market certainly isn’t short of Escort MkIIs, especially considering you can buy an example in almost any specification.

Jason Lepley regularly has competition MkIIs up for sale through his Nottinghamshire dealership, and currently has around half a dozen different Escorts in stock.

“Somebody imported this car and used it for track days in the main, so it could be made into a full rally or race car with minimal work,” says Lepley.

“It’s got all of its original chassis tags, a full roll cage, Bilstein dampers and a lot more, so it’s already a well-sorted car. Being left-hand-drive also makes it a bit of a rarity. As for upgrades, you could do whatever you wanted – it just depends how big your cheque book is!”

Lepley insists that at this point in its lifespan, a well-sorted MkII is a solid investment, and also a great competition model.

“The lower-to-bottom end of the market is very strong at the moment, and is always growing whereas cars with history and certification behind them can be well into six figures,” he adds. “A MkII is so wonderfully easy to drive, and they are easy to build, maintain and repair yourself, which adds to their charm. Some people want a MkII for rallying or racing, some want to collect them, and some just simply want to own one. It’s a car with huge appeal.”

The Ford Escort MkII may be a historic car but, unlike many others, you can still buy a ‘new’ one, ready to go.

“We always keep around 12 original shells in stock at any one time and build all our cars to the original 1975 homologation papers. We only build or restore original cars,” says Mills.

“It’s a passion of mine that has developed into a business. Clearly I’m not the only one who loves MkIIs as they’ve built a cult following in rallying. They’re hugely popular in Ireland.”

Viking Motorsport can build a car to pretty much any regulation, whether its Group 4 rallying or Group 2, 4, or 5 historic touring cars. It has even built three rally cars for Petter Solberg (his 2003 WRC champion team-mate at Subaru). Bespoke car builds start at around £90,000.

“It takes about 1000 hours to build a car, but there are so many configurations that it can vary a lot,” adds Mills. “Originally the engines could be a little fragile but, thanks to modern materials, the weaknesses have largely been eradicated and they’re very reliable things now.

“They’re easier to drive than something like a Porsche; you can steer them from the rear, which makes them spectacular.” 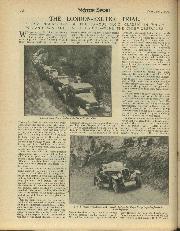 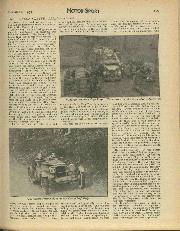 THE LONDON-EXETER TRIAL. A PASSENGER'S LOG OF THE FAMOUS M.C.C. CLASSIC IN WHICH FOG AND RAIN-AND FINGLE BRIDGE-WERE THE CHIEF OBSTACLES. WE got up at 3 o'clock, expecting almost any… 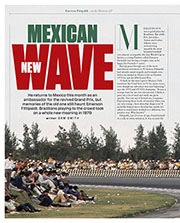 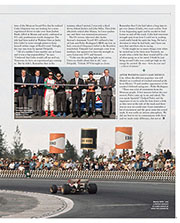 He returns to Mexico this month as an ambassador for the revived Grand Prix, but memories of the old one still haunt Emerson Fittipaldi. Brazilians playing to the crowd took… 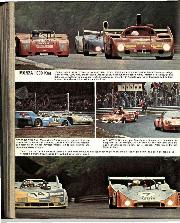 Potentially the top sports-car teams of 1974, Matra-Simca and Alfa Romeo met for the first time in strenght at the Monza 1.000 Kms. and the result was decisively in favour… 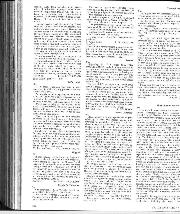 Sir, It may interest you to know the lengths to which people will go to obtain your magazine. Whilst staying in Nice for the Monaco Grand Prix and sitting quietly…