” Brooklands Possibilities” in which certain criticisms and suggestions were made regarding the running of races at the track and the general organisation found there. I think the ideas of the writer are extremely sound, and his criticism well justified.

As one who has attended Brooklands for many years, both for pleasure and business, I think I am entitled to say that it is time these headquarters of British motor racing were braced up so as to make Brooklands a place fit for the mildly interested people to visit—as apart from the wildly enthusiastic (who will endure any discomfort and inconvenience, provided they can see some sort of racing). One can forgive the organisers if

they sometimes fail to provide a programme which is first-class, and which holds the attention of every onlooker all the time—in these days of ennui that must have a difficult job. But what I find so irksome is the catering arrangements, which I consider (to put it very mildly) very poor indeed. At any of the big meetings when the attendance is large, the service in the restaurant is distressing and the charges exhorbitant. 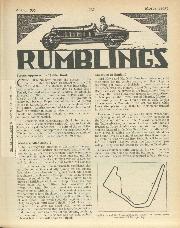 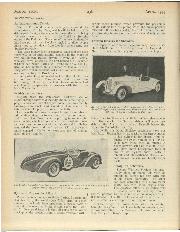 Ferrari approves the 1+-litre limit. CONSIDERING how closely the success of the Ferrari Stable has been associated with the 2.3, 2.6 and 3-litre Alfa-Romeos, it was interesting to read a… 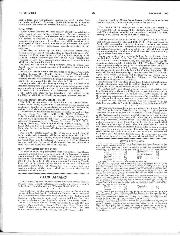 Great Britain becomes the first country officially to establish a speed record for gas turbine-engined cars. At their meeting in Paris early this month, the Federation Internationale de l'Automobile decided… 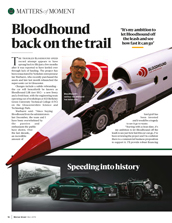 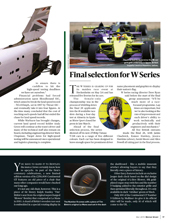 You have to hand it to Bentley: the men a Crewe certainly know how to upcycle. As part of the firm’s centenary celebrations, a new limited edition version of its… 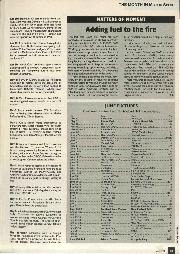 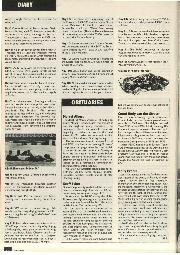 Adding fuel to the fire The fact that Grand Prix racing has been somewhat processional of late has, mercifully, not gone unnoticed in Paris. As Motor Sport went to press,…