Bigger than ever and glorious as always, the 22nd Festival was significantly more competitive than in recent years. The supercar shoot-out proved hugely popular with the enormous crowd, and Sébastien Loeb’s record attempt in the Pikes Peak Peugeot 208 T16 had fans cheering all the way. The nine-time world rally champion took fastest time of the weekend, but was still three seconds away from Nick Heidfeld’s long standing record of 41.6 seconds over the narrow and challenging 1.16 miles. Loeb’s 44.60sec put him ahead of Michael Bartels (Maserati MC12, 45.82sec) and Kenny Bräck (McLaren F1 GTR ‘long tail’, 47.52sec).

An ambitious central display sculpture celebrated 120 years in motor racing for Mercedes-Benz, with Lewis Hamilton’s 2013 Formula 1 car and the 1934 W25 perched high in the sky above Goodwood House. Mercedes also fielded a mouth-watering collection of cars, from 60hp though the early white-painted Grand Prix cars of 1908 and three of the dominant 1914 team to the legendary Silver Arrows – W125, 165 and streamliner 196.

Of the many special moments, the sight of John Surtees and Kimi Räikkönen driving up the hill in convoy in their championship-winning Ferraris was certainly a highlight. It was Kimi’s first visit to the Festival, the normally monosyllabic Finn positively bubbly about his day out.

Judging by the applause, the NASCAR boys were a high point of the Festival for many people.

The King himself, Richard Petty, was on track in his Plymouth Belvedere, along with Michael Waltrip, Mike Skinner, Max Papis and Kerry Earnhardt. Wreathed in clouds of tyre smoke, and making the Tarmac tremble, the mighty NASCAR racers put on a typically stunning display for America’s headline racing series.

Just a week away from the British Grand Prix, the presence of Formula 1 teams sold a great many tickets – and they did not disappoint. Lewis Hamilton indulged in some wild doughnuts and signed hundreds of autographs while Jenson Button gave McLaren fans something to cheer with a high-speed run up the hill in an MP4-26. For many, this was a welcome return of the high-revving V8 engines.

There was, as ever, something special for motorcycle fans. World champions Wayne Gardner and Freddie Spencer have become Goodwood favourites. This year Gardner, aboard the Honda RS500R, also sampled an ex-Valentino Rossi Ducati while ‘Fast Freddie’ rode his championship-winning Honda NSR500 from 1985, the year he won both 500cc and 250cc world titles.

Up on the increasingly popular forest rally stage, Dani Sordo and Sébastien Loeb were the main attractions, kicking up the dust on a blessedly warm weekend in Hyundai 120 WRC and Citroën DS3 WR respectively. Loeb had not driven a rally car for a year, but you would not have guessed as he gave Sordo plenty to think about between the trees at the top of the Goodwood hill.

In the peace and quiet of the Cartier Style et Luxe design competition it was the gorgeous Maserati A6 CGS Berlinetta that stole the show from rivals ranging from petite BNC via grandiose De Soto Firesweep to Bristol Fighter (the car), while in the nearby Goodwood stables Maserati celebrated its centenary with a collection of cars, including the sensational ‘Alfieri’ concept.

As ever, the eclectic Festival featured plenty of excitement away from the cars and bikes on the hillclimb. The Goodwood Action Sports bikers generated whoops and gasps as they leapt high in the air at unlikely angles, defying a cross-wind in the process.

Up in the sky, the mind-boggling Eurofighter climbed to the clouds and swept down to the tree-tops, the Red Arrows did what only the Red Arrows can do and the rumbling Vulcan, in its final years, swooped lazily overhead like a giant, powerful, moth.

“There is just nothing else like this,” said Wayne Gardner, “I’ve been to events right around the world and this is simply the biggest and the best.” 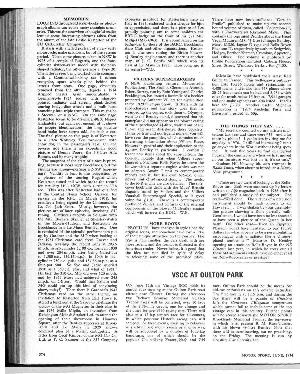 On June 15th the Vintage SCC holds its annual race meeting at the Oulton Park road circuit near Chester. During the afternoon two Richard Seaman Memorial Scratch Trophy races will… 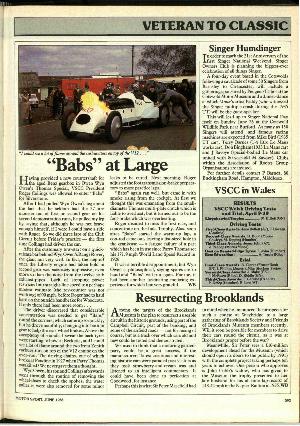 I order to mark the 21st Anniversary of the first Singer National Weekend, Singer Owners Club is planning the biggest-ever celebration of all things Singer. A four-day event based in… 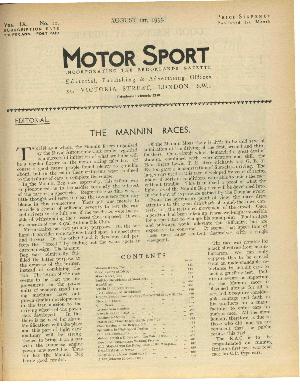 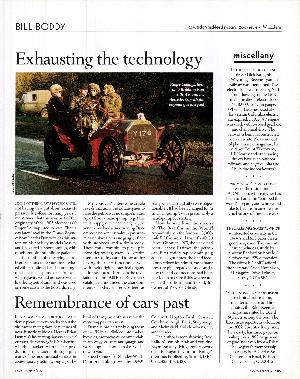 I did not think I was psychic until, not having thought about exhaust-pressure fuel-feed for many years, I mentioned that this was part of the originality of the 1903 Mercedes 60…