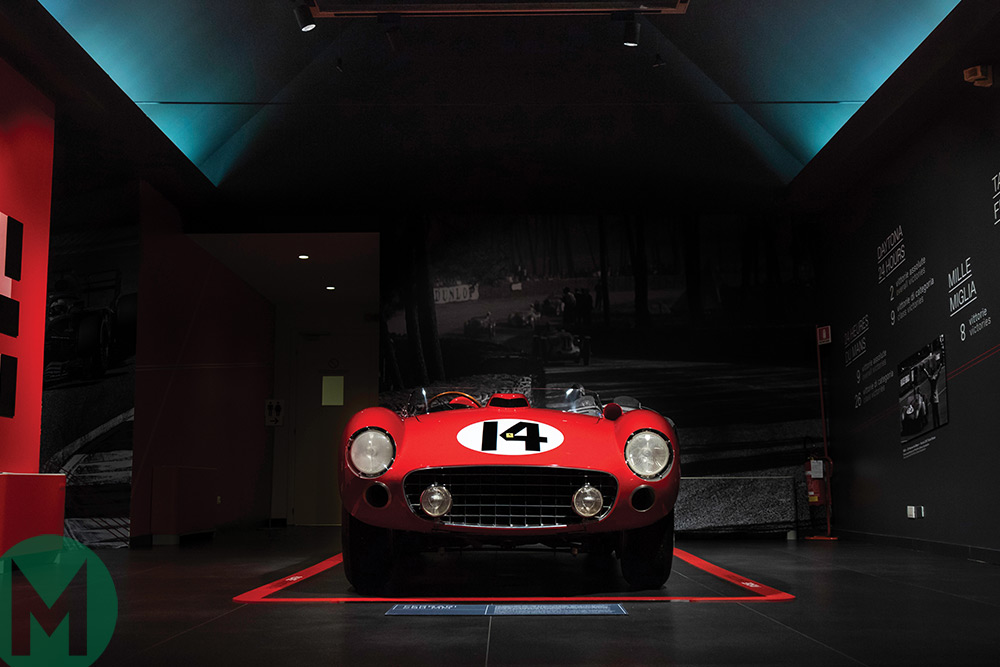 Few cars can boast such an illustrious racing pedigree as this Ferrari 290 MM.

Juan Manuel Fangio, Phil Hill, Sir Stirling Moss, Eugenio Castellotti and many others were among those to clamber into the driving seat for the 1956 and ‘57 seasons.

Now, the fourth and final 290 MM to be built is going on sale at RM Sotheby’s Petersen Automotive Museum Auction in Los Angeles, California, on December 8.

Ferrari developed the 290 MM for 1956 World Sports Car Championship and Mille Miglia supremacy over Mercedes-Benz and Maserati. At the time, Enzo Ferrari considered this campaign as important as the Formula 1 world championship.

It finished second on its 1956 Mille Miglia debut at the hands of Peter Collins and Louis Klemantaski, albeit in 860 spec., while Olivier Gendebien and Hans Hermann finished fourth in that year’s Targa Florio.

Months after the Targa Florio, Fangio raced the car in the Swedish Grand Prix before it was upgraded to its current 290 MM specification in 1957 for Alfonso de Portago, Wolfgang von Trips and Castellotti to take it to third in the 1000km Buenos Aires.

Moss and von Trips also entered the 12 Hours of Sebring later that year, with Moss also entering it in the Bahamas Speed Weeks for victory in the Memorial and Nassau Trophy races.

Now, it has been returned to its 1957 12 Hours of Sebring configuration – its final race as a Ferrari works car. The 290 MM is equipped with a 3.5-litre Tipo 130 V12 and the Scaglietti body that has been restored to concours-spec.