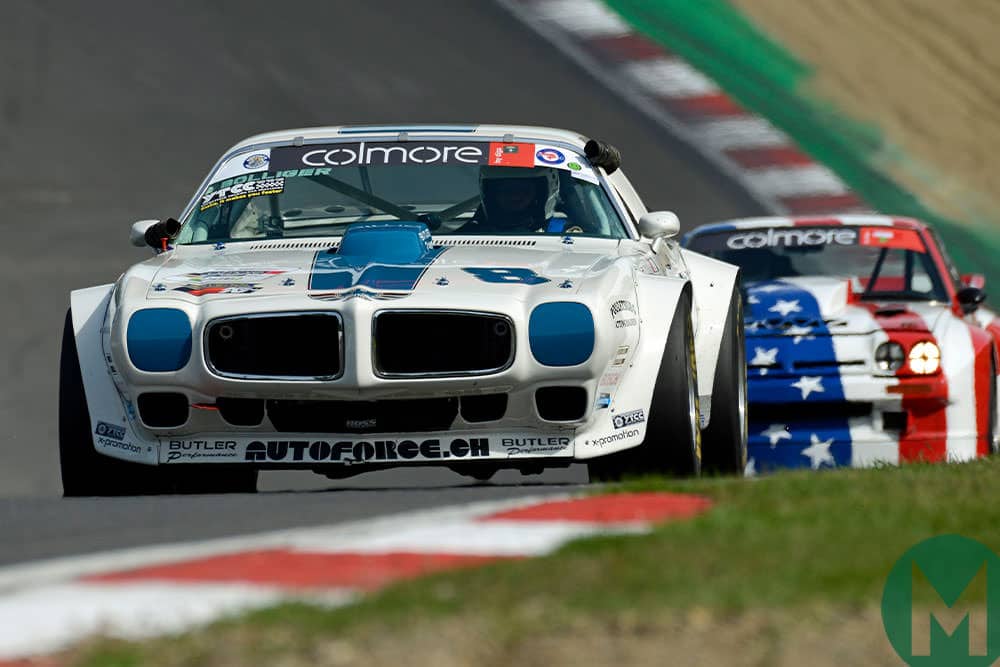 Three visits to the same venue within the space of a month? That doesn’t reflect a lack of imagination, more an improbable seam of riches. And it still left ample time for other stuff… 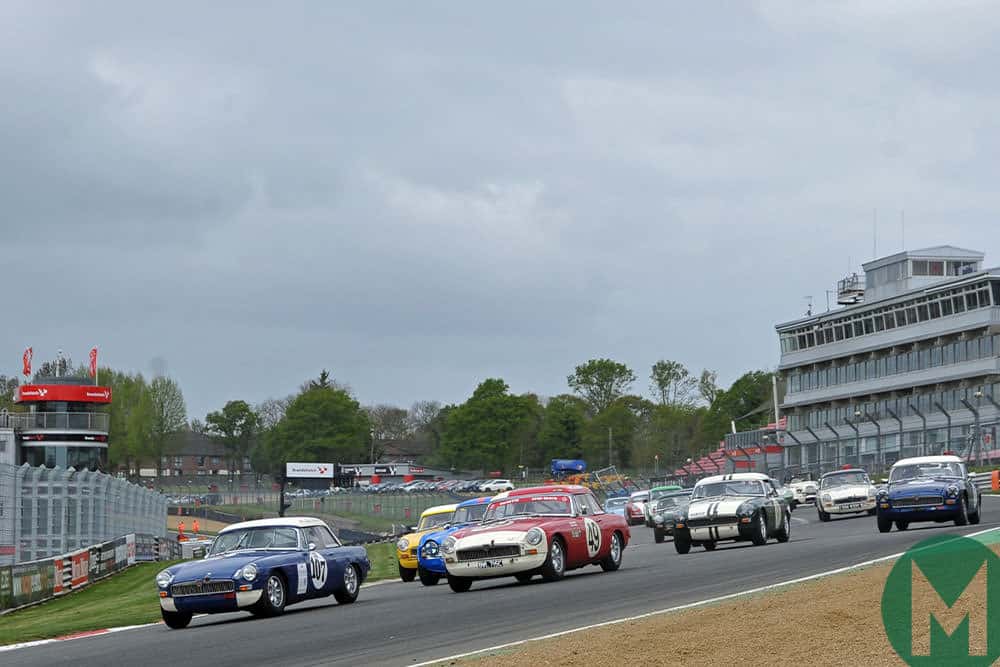 T-shirts and shorts had been essential apparel a few days beforehand, when the British GT Championship commenced at Oulton Park, but Storm Hannah soon put a brake on the British ‘summer’. In addition to blowing away enough sand to expose a prehistoric forest that had been buried off the Welsh coast for more than 4000 years, she also obliged members of the MG Car Club to don fleecy hats and gloves while peppering them with occasional volleys of hail.

She could not, however, suppress the warmth of the prevailing competitive spirit.

Formed at the marque’s old Abingdon factory in 1930, and now nudging 90, the MG Car Club is a throwback with a contemporary dynamic, an organisation that understands how to run slick events and attract strong entries. The HSCC Classic Clubmans field was a little thin – wonderful machines, though you need more than 11 – but such was the strength of the Equipe GTS armada that two separate races were required, each with 34 starters. And, as ever, the mechanical body language of anything designed when fuel was about five shillings per gallon (25 pence, for those under 50) is beguiling to behold.

But it’s not just the racing at events such as this. The paddock ambience is likewise striking, an enclave in which competitors offer each other assistance – or tea and biscuits: motor sport at its most inclusive, in short.

The Lackford Engineering MG Midget & Sprite Challenge is a cocktail of flared arches and (mostly) meticulous preparation, a glimpse of 1974 45 years after it actually happened, and it’s nice to see that the Classic & Modern Motorsport Club has revived the ‘production saloons’ label for one of its championships, the only minor quibble being that it features Citroën Saxos and Honda Integras rather than Triumph Dolomite Sprints or Moskvich 412s. It’s a pleasing nod to tradition, all the same. And then there is the ancient art of home-brewed engineering, as showcased by Mike Williams. His car looks pretty much like an MG Metro GTi to the naked eye, a detail that conceals the ZR190 engine within. He blitzed both MG Cup races.

It’s an oft-repeated cliché that things aren’t as good as they used to be, but that’s not always true. You just need to know where to look. 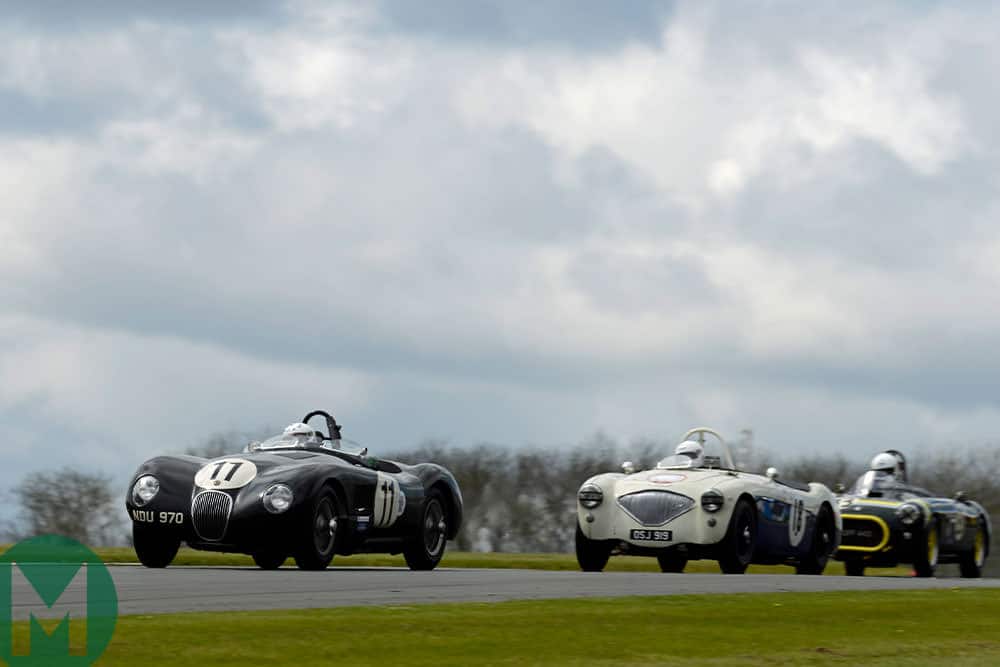 When the sun is up shortly after dawn, the English landscape rarely looks greener – nor indeed more pleasant – than it does from the outside of Coppice Corner. East Midlands airport might be immediately behind you, but focus in the opposite direction and the view is sumptuous. It was once even better, too, when there was a lofty grandstand at this point on the circuit, but that was long ago consigned to history and there is no evidence that such a thing ever existed.

Donington Park’s revival has gained impetus since MSV took possession of the keys 18 months ago. A former tenant’s ill-starred attempt to convert it into the British GP’s home from 2010 left it battered and bruised, a wasteland with an apparently uncertain future, but anybody who saw it then would barely recognise its present lustre.

The ninth Donington Historic Festival complemented the surroundings, with elegant classic car club displays fringing the on-track action, but the performance gulf in some races reduced a little of the competitive zest.

One of the highlights? Serial Formula Ford champion Niall Murray turned up in the front-engined Formula Junior double-header, at the wheel of an Elva 100, and took pole for the opener by 1.34sec. He failed to finish the first race (and took third from pole the following day), but his panache at the helm – appropriate aggression, beautifully tempered – underlined why historic racing so appeals. 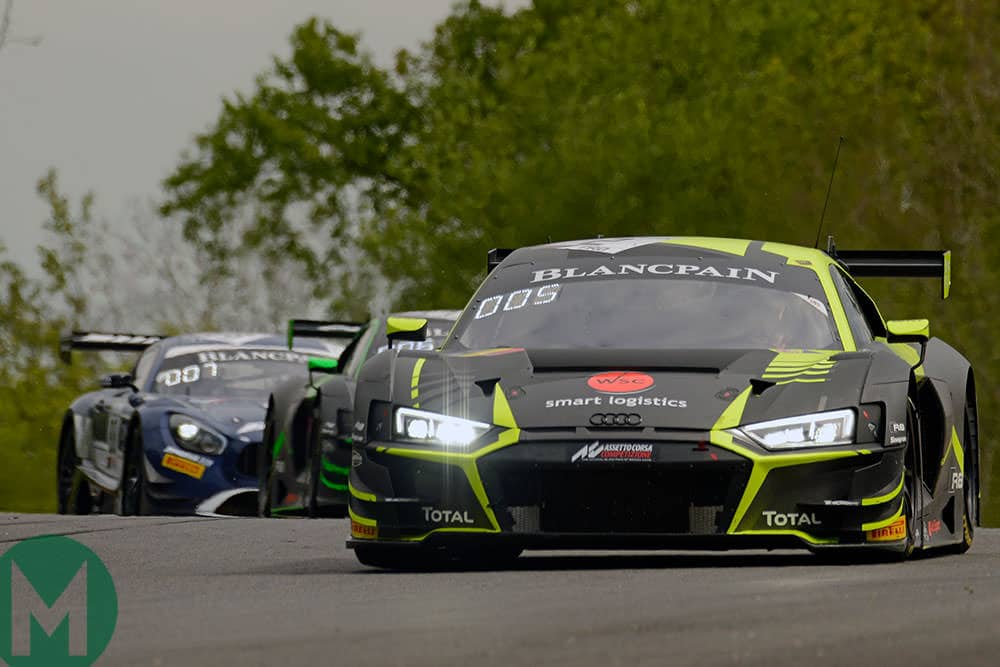 There was a valid reason not to attend part two of the Donington Historic Festival – and it could be found within ancient woodlands about 150 miles away.

If you want a perfect antidote to the time-delta mentality that scars modern racing from time to time, go and watch GT3 cars given free rein around the Brands Hatch GP loop (I accept that the views aren’t the same as once they were, following the imposition of debris fencing to accommodate the DTM’s annual visits, but it’s still pretty spectacular if you close your eyes and just listen).

Majestic is too weak a word. 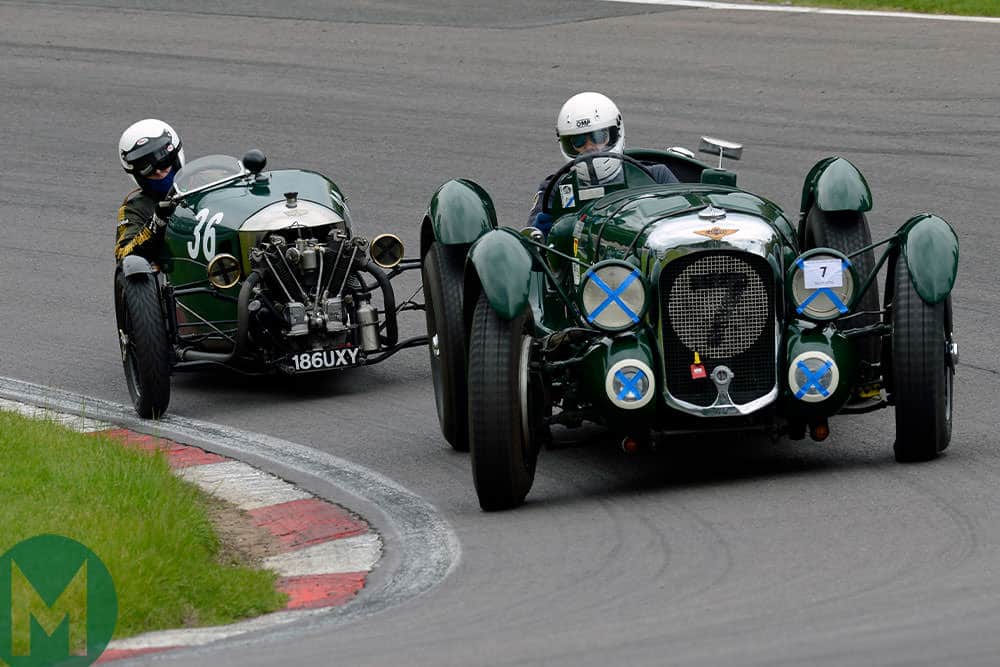 It was an experiment worth conducting… and merits repetition. Rather than leaving home just before 4am at the wheel of a Fiat Punto 1.4 16v (now with 137,000 miles on the clock as a consequence of such habits), I caught a London-bound train at 4.58am – oddly busy, though I might have been the only one heading to Cheshire – and connected via Euston to Crewe, where my mate Phil picked me up and deposited us both in the paddock with time to spare before the dawn of practice.

It wasn’t quite like our old habit of catching the 6.16am from Hale to Cuddington and cycling the final few miles, but it seems an efficient option on those rare weekends that Euston isn’t closed for essential maintenance.

Time’s passage has altered the flavour of Vintage Sports-Car Club events. Bygone programmes serve as a reminder that entries were once regularly ripe with such as ERAs and Maserati 250Fs, but such treasures seem now to be reserved only for meetings with the highest profiles. Their absence is regrettable, but does little to diminish the VSCC’s customary vim (embellished in this instance by the presence of guest races, not least for the Equipe GTS hordes).

Irrespective of what was happening at the front of the field – and the 500cc contest between the Coopers of Chris Wilson (MkIX-X) and Mike Fowler (MkIV) is likely to be as good a race as I see this year, the latter eventually winning after constant positional swaps – the whole event was enlivened by tussles of proportional weirdness. Foremost among these was, perhaps, a race-long duel between Mark Butterworth’s imposing Lagonda V12 and the somewhat nimbler Morgan Aero of Simon Edwards. Butterworth finished ahead, but not by much.

At the end of an uplifting day, I perched at Crewe station and overheard assorted announcements while awaiting my own return train. The service to Carmarthen seemed to stop almost everywhere – but in some instances only if you first asked the conductor. 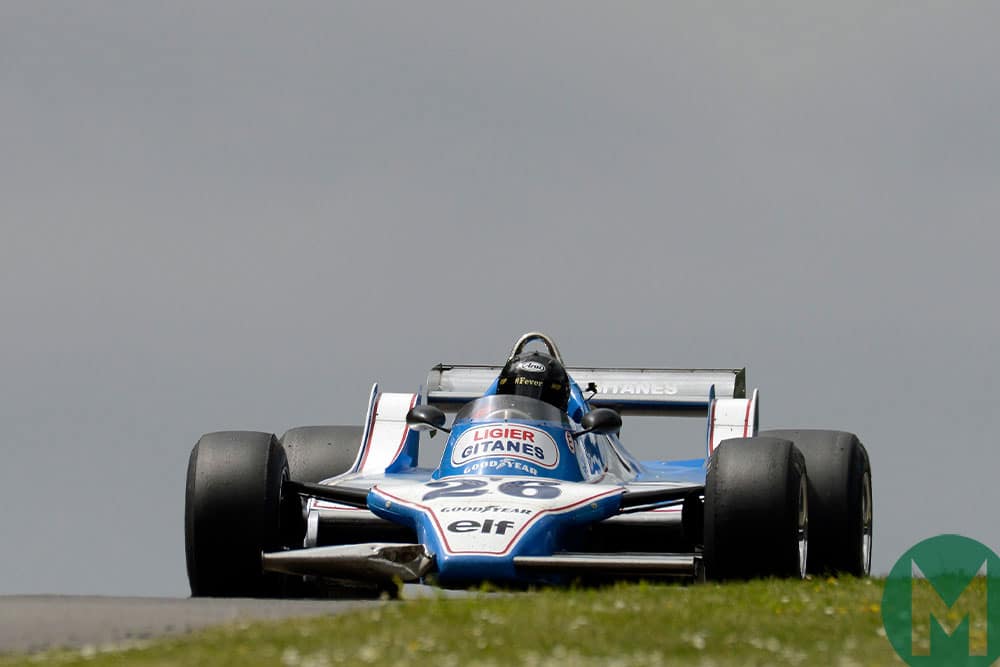 This month’s column ends where it began – a simple consequence of the high quality of racing on offer at this stage in the season. The traditional bank holiday Masters Festival blends everything from FIA Historic Formula 1 to the marvellously named Colmore Youngtimer Touring Car Challenge, a Dutch construct that embraces everything from Chevrolet Corvettes to Trabants. Obviously.

All that, plus birdsong, butterflies and Lotus Cortinas in the Kentish countryside? Life rarely gets much better…

As an aside, Mark Sumpter finished second in the Pre ’66 Touring Car race – behind the Mustang of Rob Fenn/Jake Hill – at the wheel of a Cortina that has been in his family since he was a lad. He recently turned 50 and used to travel to school in the same car, when it was presumably in a slightly milder state of tune.

I’d been warned that I might have missed the weekend’s highlight through skipping day one, when Martin Stretton (Tyrrell 012) and Michael Lyons (Williams FW07B) ran side by side for much of the F1 race, until Lyons slid wide at Paddock and thumped the tyre wall, but the second (with top eight reversed on the grid) was surely its equal. A pity only that it finished behind the safety car, by which stage Stretton had worked his way up to second on the road, behind Steve Hartley’s McLaren MP4/1), but it was wondrous while it lasted. Lyons started in his family’s ‘spare’ Hesketh 308E, but mechanical failure sidelined him after but a lap.

And if you want evidence that F1 cars have been stripped of much sculptural magnificence in the past 40-odd years, look no further than Matteo Ferrer-Aza’s Ligier JS11, second in the first race and fifth in the second. I was privileged to see the car at Brands in 1980 – and the absence of Jacques Laffite or Didier Pironi from its helm did little to dilute its allure.