Red Bull’s Alex Albon might have experienced a torrid time in Brazil months ago after missing out on his first ever podium in F1, but the Anglo-Thai driver drove the perfect race at Interlagos in the virtual world to take victory against Charles Leclerc.

In a strategic game, which turned into a back and forth slugfest, the young chargers took off into a private battle in a class of their own, with well over 20 lead changes throughout a thoroughly entertaining race.

Pole-sitter Stoffel Vandoorne suffered a nightmare at the start, spinning the wheels of his W10 Mercedes and pitching it into a spin immediately.

His sideways car took out Enzo Fittipaldi and Christian Lungaard’s Ferrari and Renault respectively, allowing Albon and Leclerc through.

As Vandoorne slipped down to 12th, the leading pair took off up the road as the fight behind intensified.

Antonio Giovinazzi’s mirrors were full of George Russell and the Williams driver attempted a dive down the outside into the Senna esses, allowing team-mate Nicholas Latifi, Louis Deletraz and Esteban Gutiérrez into the fight for third.

Some slight contact in the run down to Turn Four between the quartet settled down and the order remained the same.

Up the front and Leclerc had closed down the leader and set up a switchback in the first chicane to charge into the lead by the time they approached Turn Four, for the first of several passes he’d make in similar fashion.

By Lap Four, Vandoorne was back into seventh and bearing down on the podium battle as Russell finally slipped his Williams into third into T1 with DRS assistance.

For the next nine laps, the lead would change on every occasion Albon and Leclerc negotiated Turn One, slipstreaming by one another to extend their gap behind which had grown to over 6sec to third place man Russell.

Leclerc opted to set up an undercut by virtue of trailing Albon approaching the start of Lap 13.

The Ferrari man had clear air in front but Albon chose to stay out and extend his first stint, therefore allowing him to fit medium tyres versus Leclerc’s hard compound when he did stop four laps later.

Leclerc’s undercut worked but didn’t have nearly the effect he’d hoped as the Red Bull rejoined under a second behind.

The hot potato-ing of the lead continued as Albon swept into the lead with DRS but Leclerc fought him back, retaking first into Turn Four, slipstreaming assistance now off the table.

Vandoorne had now reached fourth in his fightback through the field but was some way behind Russell who had begun to catch the leading pair as they continued their own fight.

The lead Ferrari threw down the marker with 17 laps remaining, defending the inside into the first corner aggressively to fight Albon off. The pair ended up side-by-side from Turn One to Seven but for the first time all race, the leader from the previous lap held onto it, and Albon was forced into a rethink.

Another four laps of lead changes as they fought allowed Russell to within 4sec of them, but Leclerc made a crucial mistake on entry to Turn One, and earned himself a three-second time penalty for leaving the track and gaining advantage by using a wide entry line to gain a run through the esses.

Albon’s lead was theoretically safe from that point on, as the lead switching continued and Russell closed in, neither compound held a significant advantage over the other.

The leading pair finally made contact in the middle section of the circuit, Leclerc trying his hardest to stick to the rear wing of the leader. With no damage on though, both escaped and continued their dice into the closing stages.

By the penultimate lap, the lead changes were almost innumerable, but Albon was able to this time resist Leclerc’s attempts at closing in, and Russell was now within striking distance to take third after the Ferrari driver’s time penalty had been added.

It was a phenomenal drive from Albon, six months on from losing what would have been his best result in F1 at the same venue, he scored a bit of retribution in some style. 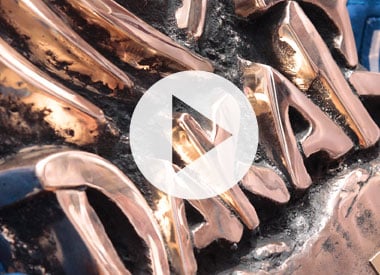 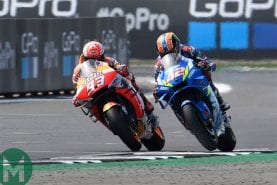