The highlights of the historic racing season from Dickie Meaden, who began 2017 at Goodwood and finished at Daytona 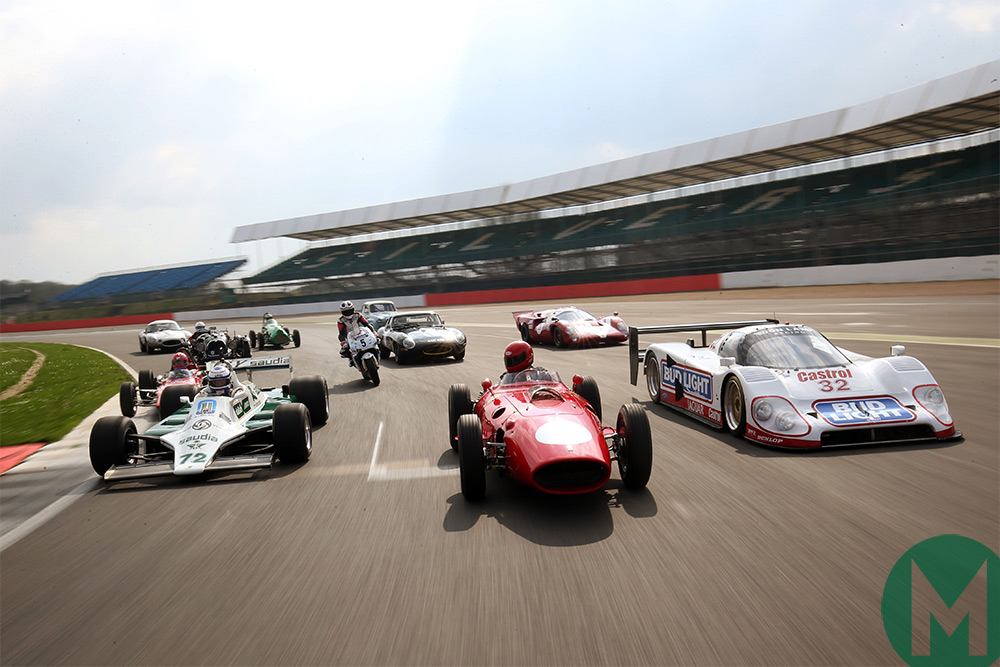 It speaks volumes for the rude health of historic motorsport that we’re only weeks from the end of the year yet the 2017 season is only just coming to a close.

Personally, I’ve enjoyed one of the busiest and best seasons yet, starting at Goodwood Members’ Meeting in March and ending with the Classic 24 at Daytona in November.

Members‘ has quickly become the perfect season opener. With a mix of racing and high-speed demonstrations it has a unique variety of cars, and because the crowds are predominantly GRRC members (hence the name) it has an intimate, clubby atmosphere.

I was there to race an Elan 26R, but I was also driving an ex-factory Porsche 911 GT1 in the Saturday high-speed demo. Though short and sweet that 10-minute session sharing the circuit with McLaren F1 GTRs, F40 LMs and other Porsches was unforgettable. Shorter and sweeter still was the briefest of stints in an iconic Texaco-liveried Eggenberger RS500 Cosworth – one of my all-time favourite cars, and the cover star of May issue of Motor Sport magazine.

This season, as last, I did most of my racing at events run by Peter Auto, sharing cars as diverse as the aforementioned Elan 26R in the Sixties Endurance championship, a Mk3B Lola T70 in Classic Endurance Racing 1 and a Capri 3400 RS in the Heritage Touring Cup. I also made my historic single-seater racing debut in the new-for-2017 Euro F2 Classic championship, driving a 1978 Chevron B42 BMW.

Is there a better place to race a single-seater than Spa? If there is I’d love to drive it. Though perhaps not in the pouring rain that swept the circuit just before my first practice session. I can safely say attempting to get my head around racing the F2 car at the Spa Classic in May was the steepest learning curve I’ve ever climbed. A typical mix of torrential rain and bright sunshine at made the weekend a full-on baptism of fire, but the thrill and fear of trying to go through Eau Rouge with the slightest of lifts is an unbeatable feeling.

Disappointments were few and far between, but seeing the Lotus Cortina I was sharing with Andy Wolfe retire from Silverstone Classic’s U2TC race was the biggest. Consolation came in the unmistakable shape of a Bastos-liveried TWR Rover Vitesse, another hero car from my youth and just as good to drive as it is to look at.

September is a helluva month with two of the biggest meetings of the year – Goodwood Revival and the Spa Six Hours falling on back-to-back weekends. This year September also saw Peter Auto hold the inaugural Hungaroring Classic in the very last days of the month, making it three race weekends in the space of four weeks. I was at all three…

If I had to pick one moment above all others it would be the Revival. Being paired with Steve Soper for the St Mary’s Trophy was something of a dream come true. Especially as we were sharing a fantastic Alfa Giulietta Ti. Rather than give you a blow-by-blow account (much as I’d like to…) I’ll steer you towards the excellent Goodwood footage, but suffice to say this year’s Revival perfectly encapsulated everything I love about historic racing. 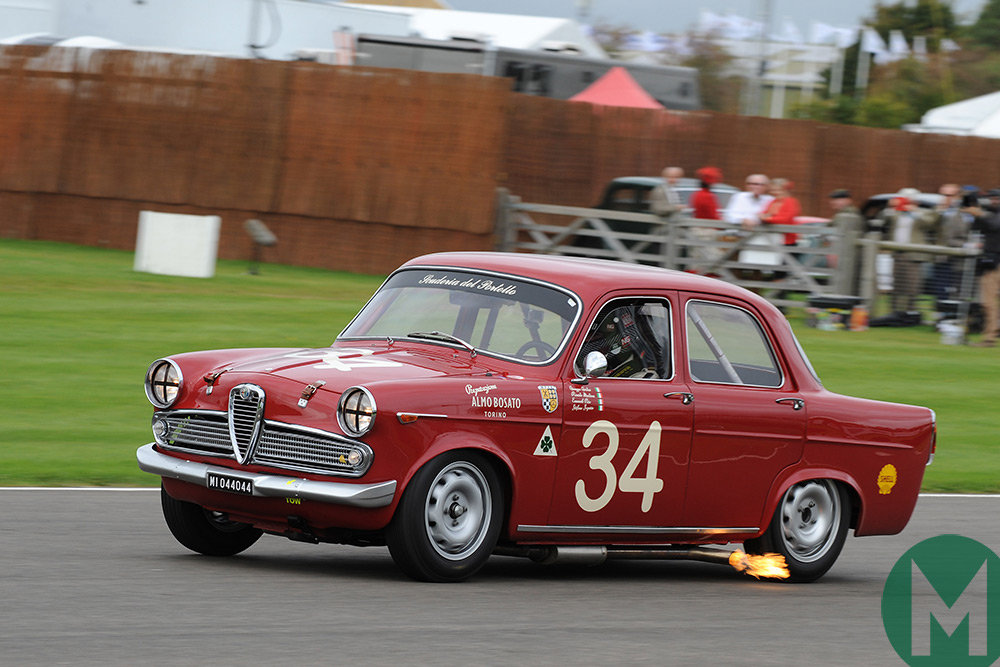 It says a lot for this season that there were still plenty of great moments to come. Returning to Spa in the GT40 for the Six Hours was a real adventure, though another tale of what might have been. Last year a front suspension failure pitched my teammate Gerhard Berger into the barriers. This year a flailing wheel weight meant I had to pit a handful of laps into the opening stint – effectively ruining our race. That said, clawing back from 93rd place to an eventual 12th position at the end proved we – that’s to say myself, Nick Padmore and Martin O’Connell – had the pace, if not the luck, to fight for a podium finish. Next year perhaps.

This season also saw me tick a couple of circuits off my bucket list: the Hungaroring and Daytona. The former was thanks to Peter Auto’s Hungaroring Classic, the first major historic festival to take place in Eastern Europe. I was down to drive the T70, Capri, Elan 26R and Chevron F2 car. Only the Elan survived without succumbing to mechanical maladies, but the F2 car, in particular, was sensational. A modern F1 car must be incredible around there.

Historic Sportscar Racing’s epic Classic 24 at Daytona meeting ended the season on a real high. I’d visited Daytona many years ago, to see the Rolex 24 modern endurance race, but this was my first time as a driver. It’s a fabulous meeting and an awesome circuit, one that’s totally unique in historic racing. Driving a Broadley T76 (a modern remake of the Lola T70 Mk3B) round the banking at 180mph was outrageously enjoyable. If 2018 is half as good as this year I’m in for a treat.