The UK racing season gets fully into its stride. Simon Arron reports on a world far removed from Formula 1 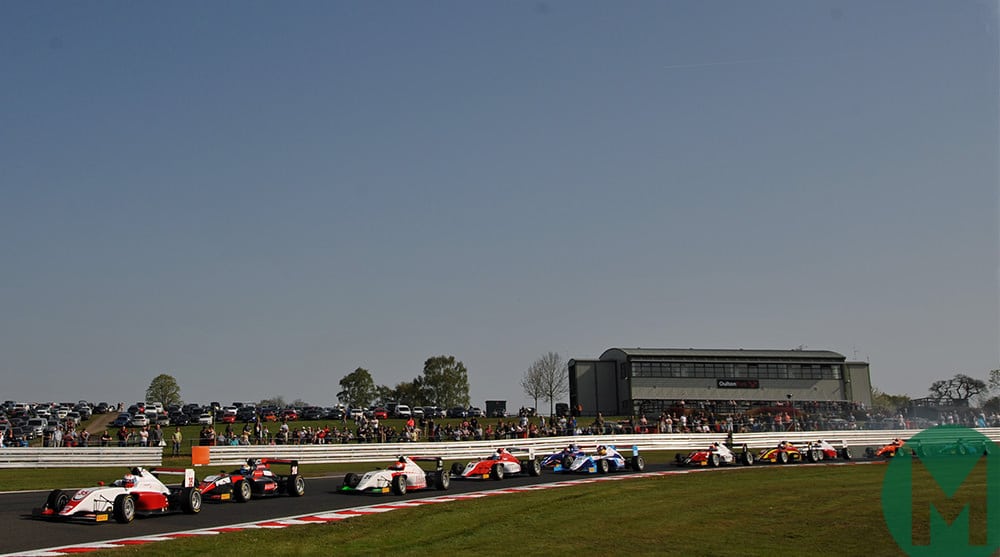 Goodwood Members’ Meeting, British Touring Car Championship at Brands Hatch… or both? British GT Championship at Oulton Park or 50th anniversary celebration for the Castle Combe Formula Ford Championship? Trying be in Wiltshire and Cheshire on the same day might be a challenge too far. The annual headache – where to go, what to do? – has begun in earnest, but it’s ever a nice problem to have. 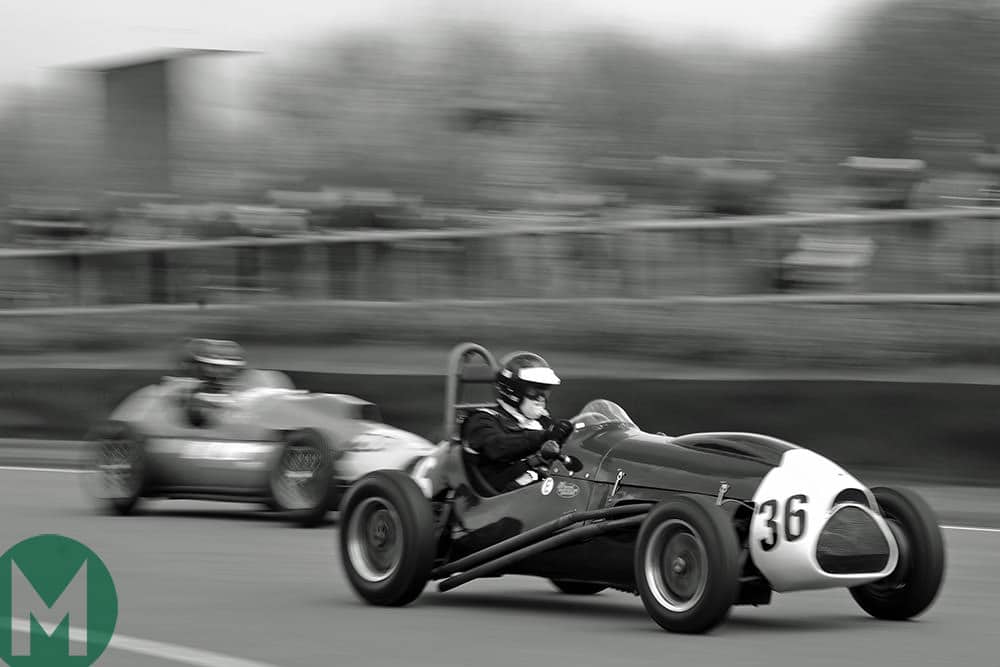 The tactical shift paid off in part. Moving the Members’ Meeting to April from March minimised the risk of exposure to 2018-style snow blizzards, but sections of the event’s trademark daffodil borders had perished. Thus was Goodwood fringed with a fusion of yellow and a rather forlorn brown.

When the weekend began, the conversational pivot was not so much the pedigree entry – a given – as an official letter that underlined to drivers the need to maintain higher standards than those in evidence at last September’s Revival Meeting. Ironic, then, that ahead of each day’s action the trackside screens broadcast a reel of bygone circuit highlights… which seemed to feature little other than accidents.

Martin Donnelly, driving standards steward for the weekend as he was at the previous Revival, said, “Competitors are invited here, there are no championship points on offer and it’s supposed to be a display of high-quality racing. There has been far too much contact – some of it committed by well-known drivers – and there’s no need. The pressure seems to come from owners who’d like their car to score a Goodwood victory to increase its value…”

There were a few of the customary quirks that separate any Goodwood event from the norm – the distinctive musk of NASCAR, as a small group of cars completed a parade in the shadow of the South Downs – but the meeting’s essence, as ever, was the stuff that happened between brandishing of the Union Flag and its chequered counterpart.

Highlights? The Brabhams of Ben Mitchell (BT28) and Andrew Hibberd (BT18) engaged in a memorable tussle during the Derek Bell Trophy for 1.0-litre F3 cars, Mitchell getting the best of the race’s final useful slipstream to win by 0.158sec.

David Coulthard (Mercedes 300SL Gullwing) was firmly in control during the Tony Gaze Trophy, the first time I’d watched him take a victory since the 2003 Australian GP, and there won’t be as many races as good this year as the Betty Richmond Trophy – two heats and a final for original Minis (or derivatives thereof). The second heat featured three of the quickest exponents of the breed – and despite their ferocious duel at the head of the field, Nicks Padmore and Swift managed to leave the similarly brisk Jonathan Lewis in their wake to the tune of 12sec. “I was so busy watching them that I went off,” said Lewis, by way of explanation, “but at least I was the quickest fat old bloke…”

The same three dominated the final, Swift finishing narrowly ahead once again after Padmore ran slightly wide at Woodcote on the final lap. This was racing at its purest, firmest and fairest.

Ben Hatton and Chris Middlehurst might have intensified the contest, but both were eliminated during the first heat after Hatton suffered brake failure coming into St Mary’s. He hit the kerb with sufficient force to become airborne and would almost certainly have rolled if Middlehurst hadn’t unwittingly acted as a shield.

Had Middlehurst not been there, indeed, Hatton might be somersaulting still. 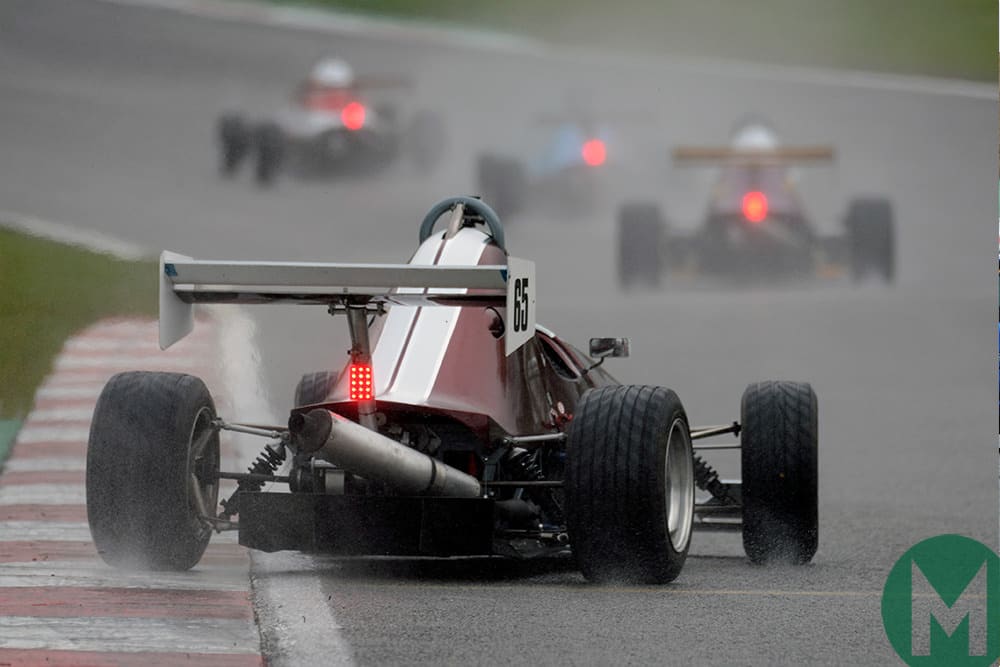 Can anybody explain why so many Toyota Prius drivers compromise UK road space? It’s early Saturday morning, bus lanes are hours away from operational use and there’s a bumbling Prius hogging lane two when it could proceed perfectly legitimately on the left and permit everyone else brisker progress. Is this unique to south-eastern England, or common to all parts?

Prius finally cleared, the road opens up en route to Brands Hatch and a bracing clinch awaits. It isn’t quite snowing, but it’s not far off.

The paddock reverberates to the clatter of spanners and cordial chat; 750 Motor Club meetings used to sound like this 40-odd years ago – and it’s a comfort that they still do: they are a riot of infectious enthusiasm… albeit with precious few people watching.

One thing that has changed over the years is the scattergun approach to red-flag protocol. The meeting is barely 20 seconds old when Blair Thomson’s Renault Clio slithers into the Paddock gravel and engines fall silent almost before they have started. 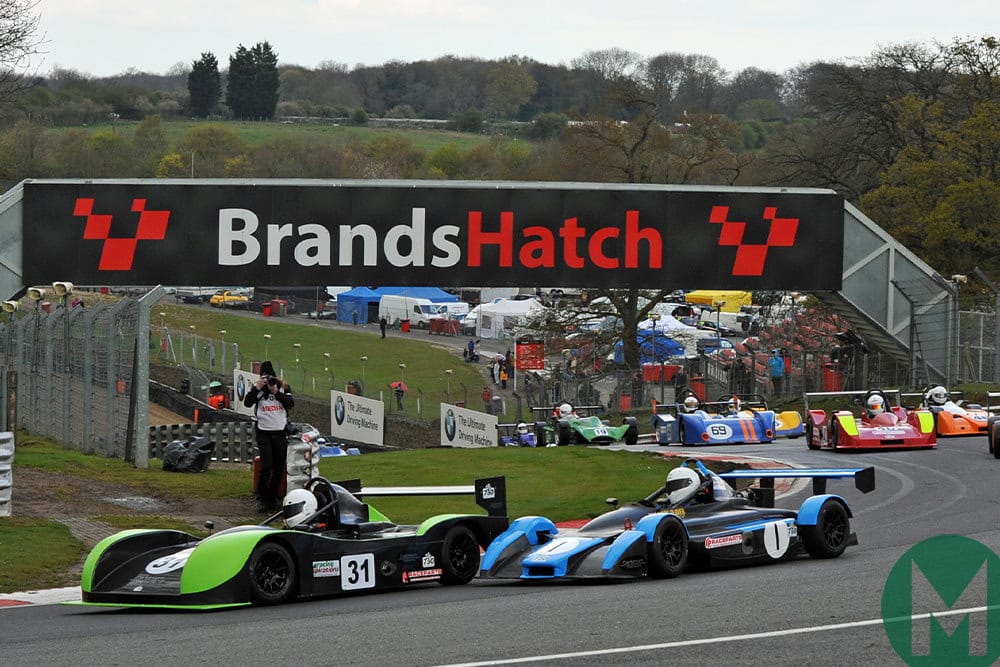 Frequent hail showers compromise the meeting’s smooth running – and competitors’ ability to remain on terra firma – but the 750MC, with its customary adaptability, keeps things running more or less on schedule for much of the day.

The Classic Stock Hatch concept is one of the most vigorous in contemporary racing, the 750 Formula’s range of home-brewed sculptures is a perennial source of fascination and the meeting features a compelling footnote.

There is no great fanfare, but the campaign’s opening Formula 1000 rounds feature Jedi number 7, driven by Colin Brown. Not a particularly unusual name, per se, but this is the same Colin Brown who won world karting titles, was once among Lewis Hamilton’s fiercest rivals and whose fall from grace was chronicled in the October 2016 edition of Motor Sport. He qualifies on pole, wins the first race and finishes third in the second, less than 0.2sec adrift of the victorious Dan Gore.

“It’s nice to be here,” he says, “but at present I have backing for just this weekend.”

He will ever be one of our sport’s great ‘might have beens’. 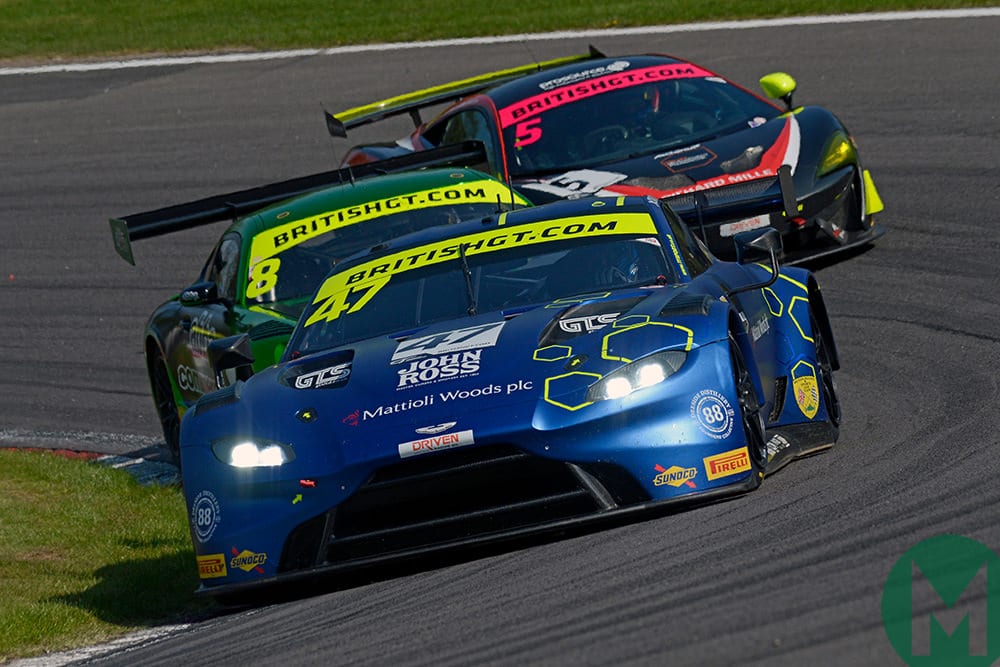 This might just be the campaign’s most dramatic sonic juxtaposition. Standing to the outside of Shell Oils Corner (or Esso Bend, to those of a certain age), the silence is broken only by birdsong – plus a buzzard’s occasional squawks – while the grid for the first British GT race of the season lines up about a mile away.

Minutes later, nature gradually fades as the mechanical thunder of 266 cylinders (approximate calculation) gathers momentum through Old Hall, down The Avenue and then along the Lakeside Straight. By the time 34 GT3 and GT4 cars loom into view, the sound is every bit as melodic as it was a few moments earlier, but just a tad louder – Cheshire’s natural tranquillity consumed by internal combustion.

The British Touring Car Championship rather monopolises the domestic racing landscape – and very good it is, too – but as a species the GTs have greater presence than their saloon counterparts and, quite often, compete just as closely. 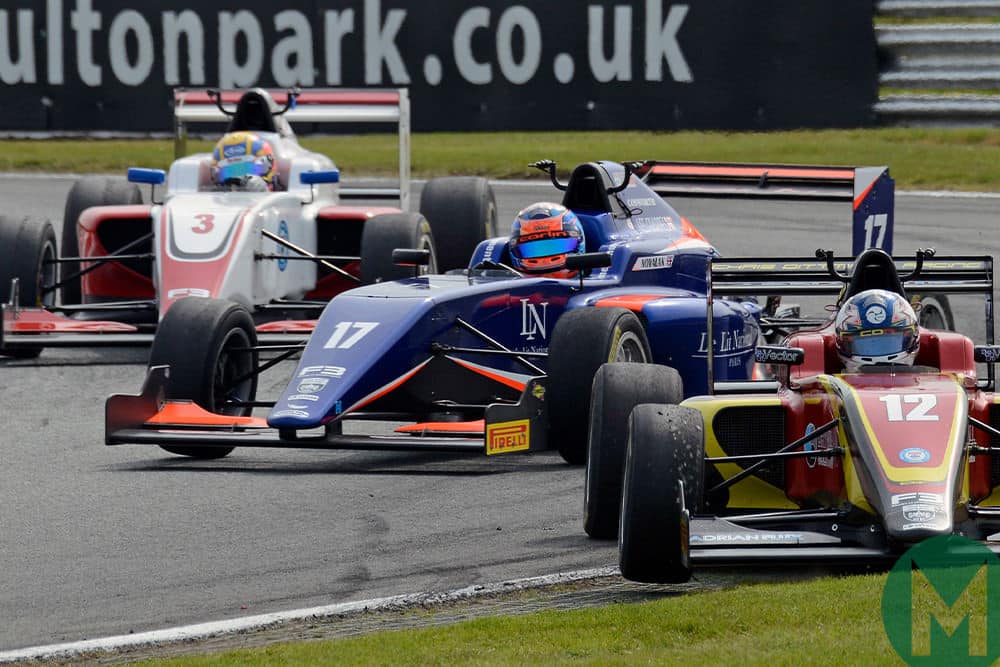 Unlike 2018’s corresponding fixture, which had to be abandoned due to monsoon conditions, this was an occasion for T-shirts, shorts, mint choc-chip ice cream and factor 30.

And at the end of a day that incorporated some equally fine combat from the BRDC F3 and MINI Challenge hordes (the latter significantly calmer than usual, and all the better for it), I discovered that you can purchase a very fine grilled halloumi wrap from Leon at Norton Canes services on the M6 Toll.