Gasps in the RAC Club last night at the annual Motor Racing Legends prize-giving. Its new Stirling Moss Trophy had got off to a great start in its inaugural year, the series victory finally going to Alan and Jason Minshaw for multiple successes in their Birdcage Maserati. But what was the trophy actually to be? 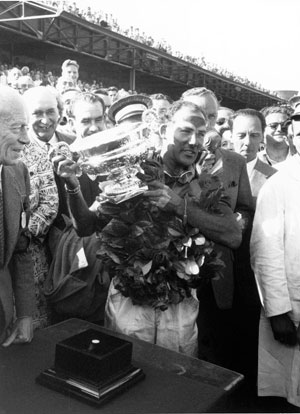 Series organiser Duncan Wiltshire thought it best to consult the great man himself, who duly dispatched Lady Susie to rummage around in the cupboard under the stairs for something suitable. What she returned with was the trophy given to Stirling for winning the 1955 British Grand Prix. Just think about that for a moment: not only is the trophy stunningly beautiful, it was awarded on the occasion of not only Sir Stirling’s first World Championship Grand Prix win, but the first time a British driver had won his home Grand Prix. What a thing to have your name on… 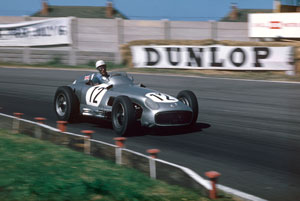 The evening also served as a great curtain-raiser for the fast-approaching new season. Despite apparently wall-to-wall bad news on the economic front, historic racing – or at least most parts of it – appears to be in joyously rude health. Grids are not just full, but full of great cars. There are more series than ever to take part in, with Duncan’s Group A Touring Car series kicking off this year and a whole world of relatively affordable opportunity opening up courtesy of Julius Thurgood’s two newly announced Historic Racing Drivers’ Club series. Throw in the first-ever historic festival to be held at Donington to go with the world-class festivals already held at Goodwood, Silverstone and Brands Hatch, plus the delicious prospect of Britain’s first-ever historic 24-hour race next year, and you can see that for anyone with any interest in the sport we really have never had it so good. 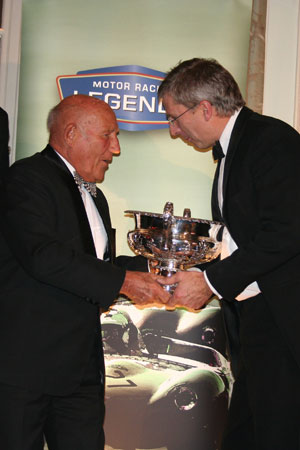