Freddie Spencer looks back at one of the most memorable MotoGP races ever, from qualifying to the race and beyond 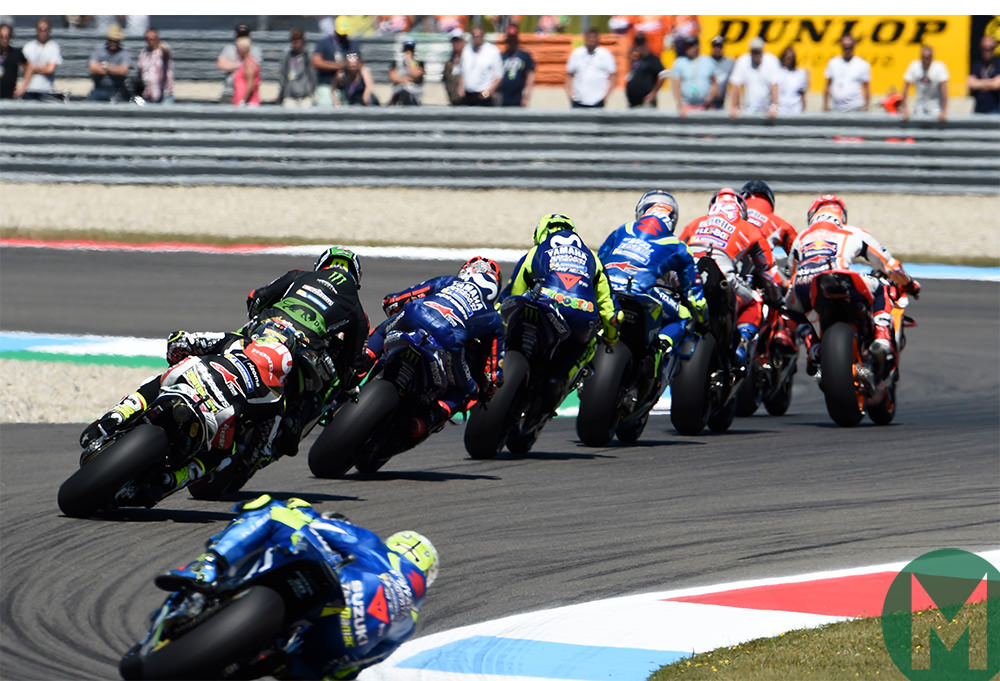 That was a very exciting 2018 MotoGP Dutch TT at Assen, on a circuit where I first rode in my first year of Grand Prix racing with HRC in 1982. I could not wait to go to what everybody called ‘The Cathedral’ of motorcycle Grand Prix racing.

The reason it’s referred to as ‘The Cathedral’ is that it’s been on the calendar since the very beginning but it’s also a circuit dedicated to motorcycle racing. That’s something very unique because in today’s racing world most of them are multi-purpose.

There’s talk of bringing back a Dutch Formula 1 Grand Prix and possibly running it at the Assen circuit. That would be something that most riders would not be too excited about. In fact, some of them talked about it this weekend at the race, and I agree with them. One reason why is that changes would have to be made and they’d take away some of the personality of the Assen circuit –and they’ve already taken away some anyway.

When I raced there it was much longer, had much more of the esses and positive camber banking, which helped to negate some of the issues of the track being so narrow – because it’s a public road. More than likely, they’ll have to move the spectators even further away, which will affect the intimacy that makes the Dutch circuit so special.

I remember 200,000 people around the circuit on my first night there, and it was abuzz. They’re allowed to come so close because motorcycles have a slower cornering speed than cars. The other thing, as Jorge Lorenzo pointed out, is that because it’s not a car circuit there’s not too much asphalt in the run-off areas. So you still get penalised if you make a mistake and run off the circuit, which makes the track unique.

We’ll keep our fingers crossed and see what happens, and hopefully, they’ll run a Dutch F1 GP at Zandvoort or one of the other circuits that they have.

Now, to qualifying. What a disappointment for Dani Pedrosa after the last few races. The uncertainty of his future with Honda, now that Jorge Lorenzo has taken his spot, has certainly worried and unsettled him. Also, he realises for the first time that his career is pretty much at its end. You may think it, but it’ll faze you eventually.

In motor sport and motorcycle Grand Prix racing, you have to be so focused in the moment because you’re working with a machine that needs to work with you. The machine can work against you. You can’t afford to be distracted at all or have negative thoughts or uncertainty, and that’s certainly something that Dani has been affected by lately. Hopefully, the announcement will come through in Germany and his future will be decided one way or the other. It looks like he’d like to say but I’m sure it depends on the deal and the equipment he’ll be given. He doesn’t want to go backwards. If he wants to have the chance to win a race like he has every year since he’s been in GP racing.

Another uncertainty is with the VDS team. Franco Morbidelli has had his issues in the last few races and he qualified down in 24th. Thomas Lüthi hasn’t got acquainted with the modern MotoGP motorbike from Moto2, where he spent most of his career. It hasn’t helped them either, just like Pedrosa, to have these distractions. It’s a sport that doesn’t allow you to be distracted and those guys are struggling with it.

It looked like Lorenzo was right there in qualifying, but what a battle it was in the last few moments, as is now traditional in GP racing. Lorenzo was the first rider in the 1min 32s and dropped down around the top 10. Marc Márquez and Cal Crutchlow had a great session and it showed that the Hondas are right up there. They’re difficult to ride but what you want is a motorbike that’s difficult but doesn’t hold the rider back from finding that little bit extra when they need to. Not only do you need that in your one fast lap but also as the race progresses. To be able to raise or maintain the speed isn’t an easy part of the ‘bike to find, but it’s the flexibility that you need and the ability to make adjustments to your line, lean angle and throttle that’s critical and motorbikes need that. It looks like Marc and Cal had that figured out, and the team seems to have a good grip on it now.

Valentino Rossi qualified well in third and it looked like Maverick Viñales would be up there, and he seemed to be closer and happier when the motorbike had the maximum amount of grip and fuel load, which he has been struggling with over the last few weekends. Late in the race, he was fast and he seemed to have it figured out.

Alex Rins and Andrea Iannone had an interesting weekend on the Suzukis. The Suzuki seemed to be stronger and it had a brand-new engine with better electronics, which led to a better performance. It certainly paid off.

Johann Zarco has struggled since his crash in France, which we talked about last race. You wonder if he’s watching the results of Pol Espargaró and Bradley Smith on the KTMs. They were almost two seconds a lap slower than Marc and Valentino at the top of the grid – that’s a lot. You know they’re pushing, especially Espargaró on the KTM, but they’re not really moving forward at the same pace as Honda, Ducati and Suzuki. Maybe Yamaha is improving too, but KTM is struggling… even the Aprilia seems to be performing better at this point.

I had an interesting conversation with someone here in London, and we were talking about his love of MotoGP and he told me that it’s because of the excitement: the passing, the fact that you can see the riders struggling, and how Márquez fought his way up through the grid. You compare it to F1, and the reality is that one of the greatest things we have over other motor sport is there is excitement and so many passes in every single lap of every race.

But what’s the difference between the riders?

Well, it’s evident with Márquez. His ability to be able to not only fight back but fight back and not make the same mistakes again is important. That clarity and being able to see what exactly what’s happening and think on the spot – which all the top riders can do – is one of the things that separates him from the others. His ability to execute, getting the ‘bike into the corner over the grip level as he’s leaning in, and being able to time that grip level to catch up when he gets to maximum lean angle and using both tyres – initially the rear to slide and change direction – to hook up and drive forward is important. It’s one of the reasons he crashes so much in practice. He does that until the front pushes and pushes. He’s able to save it as he did on Sunday. But his trust and belief in himself is part of the reason he can do it, and he can anticipate the slide before it happens. That’s what allows him to do so well.

Rins did a great job of that on Sunday too. His confidence to fight back, not just with aggression, but with a plan and execute the next move – to learn from why the rider was able to get under him and push him wide and next time protect that – and be able to capitalise on that shows that he has the ‘thinking part’ that great riders need. That’s why they fight back so well. It’s why Rossi can hold his position until the end – race craft and race smart.

So when you watch the race, it’s not just the aggression that you need to look for, but you’re looking for what the riders learned from it. You try and pick that out, and it’ll make the racing even more exciting to watch, as we saw on Sunday.

One of the things that Márquez is able to do and realise is that it’s just not enough to protect his points lead, and his aggression paid off.

Andrea Dovizioso rode a great race, and it’s unfortunate – as Rossi pointed out – that he and Rossi had that little accident that cost them a podium. But Rins and Maverick Viñales were able to capitalise on that. The rider who hung on throughout that whole thing was Crutchlow and Zarco. It was great for Zarco, and you can see that he wasn’t too disappointed because it felt like he was back in the hunt. Cal hung on too, and we’ll see what happens, but he did a good job and Lorenzo would have been the most disappointed out of everyone having led the race and fought back. He obviously had some grip issues and got pushed back and wasn’t able to fire back.

Those races, I have to say, are so exciting, and I look at not only the riders and the end result but how they went about it. It’s like a nice chess match and, again, what that young man I talked to in London who told me how much he liked the sport, that’s something that he can see too. So, I think that’s really something cool to be a part of.

Now we’re going onto the Sachsenring, a completely different circuit from the last three we’ve seen. It’s tighter – I’ve ridden there a few weeks ago at a classic event on a superbike, and I’ve ridden a 250cc and 500cc there. It’s amazing how tight the first part of the track is. It’s about building momentum, precision and it’s a big ask to be able to win there on such a tight circuit.

It should make for some very close racing, and if we have anything like the race at Assen, it’s going to be very special.