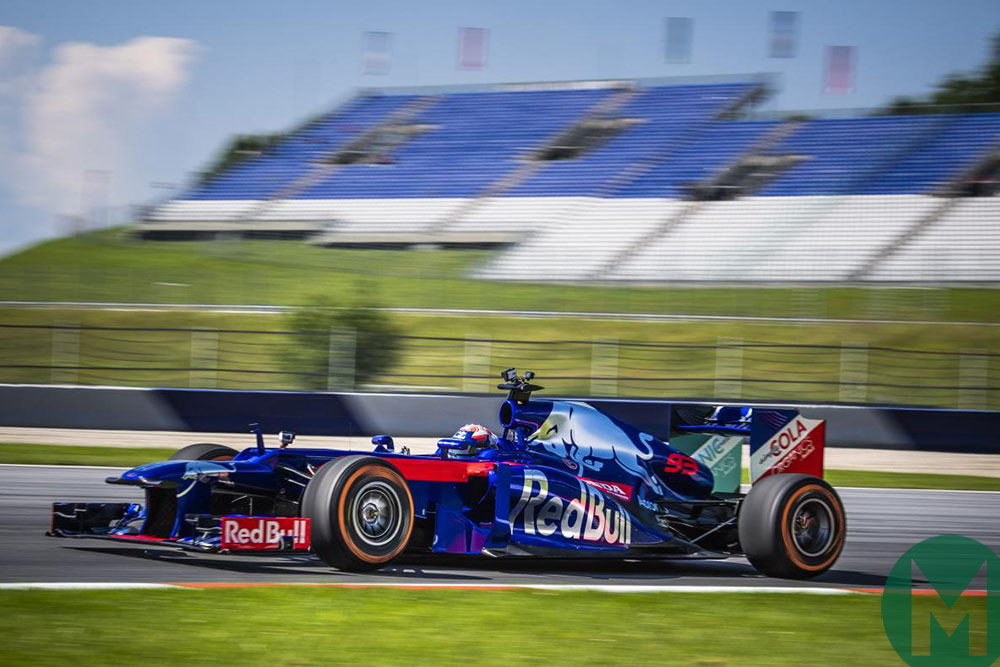 It’s 2025 and Marc Márquez is on the podium celebrating the most elusive of world titles.

The Honda-logoed shirts beneath the podium are ecstatic.

The realms of possibility are nearing

Consider Márquez now, having just clinched his fifth MotoGP title and his seventh in world championship motorcycling, is still only 25. Valentino Rossi is clipping 40 and still chasing that tricky 10th  title.

Márquez could conceivably overtake the (current) greatest of all time by the age of 30. Which, somehow, feels conservative. He could stick around and chase Ángel Nieto’s 13, then Giacomo Agostini’s 15. Or he could do something Rossi supposedly flirted with but only Mike Hailwood and Surtees achieved: race in Formula 1.

And few would bet against the otherworldly Spanish talent turning his hand to four wheels just as successfully.

While F1 is enjoying a glut of young talent, those at the head of the field are the ‘wrong’ side of 30 – Max Verstappen aside, and Daniel Ricciardo’s about to shun the front for foreseeable future remember. Kimi Räikkönen is almost 40, and most F1’s most recent race winner.

Márquez has driven a Toro Rosso this year already, and impressed Mark Webber.

“Maybe,” Márquez said afterwards, “Formula 1 will be a serious idea for me in a few years’ time.”

The experience would have been intoxicating for someone like Márquez, who, again, is only 25. 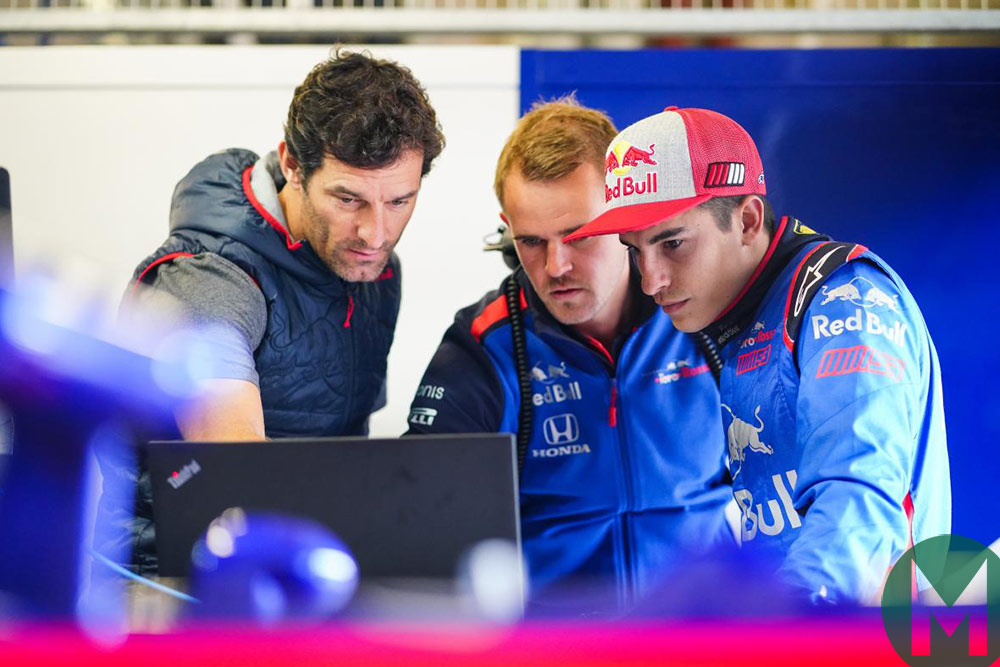 He wouldn’t be able to drive as spectacularly as he rides, they would say. But he shouldn’t be able to ride the way he does, and there aren’t many who can even begin to imagine how he manages to. Not even the up-to-now GOAT, Rossi, who spends his weekends watching Márquez’s tailpipe snake farther away from him a few corners down the road.

Márquez, you’d expect, would be more Ronnie Peterson than Alain Prost. He’d snap the car from its Scalextric-like rails and be fast with it (we can hope).

And for the specifics? Márquez climbs on board a Honda every day. He is emblazoned head to toe with Red Bull’s branding. The same Red Bull and Honda companies next year combining for F1…

The realms of possibility are nearing – admittedly still from a distance.

Who would miss out on a seat? If Red Bull’s current hole of young drivers isn’t plugged from the bottom, then nobody. Historically the company that monopolized the upcoming drivers, its well has dried up more quickly than they would have expected. At the same time, Mercedes has too many to fit into the current F1 jigsaw – which has been reshuffled almost weekly in recent times. Ferrari, usually at arm’s length to youth and preferring tried and tested, has replaced a world champion with someone who’s future world champion material. With another youngster already slotted into the grid, and others in the wings.

Red Bull has the opposite: seats needing filling and no ready-made prospects.

Or maybe, going the other way would be Max Verstappen, where much of the above also applies. He won’t even be 30 by 2025, but he doesn’t inspire the same confidence or assurance of success that Márquez does. Yet. He might by the time he’s 25.

Verstappen has supposedly asked for and been denied the chance to ride a MotoGP bike at Red Bull’s own circuit, so maybe he’ll get chance to try and join Surtees first. And that might whet Márquez’s appetite further.

If it wasn’t for the superlicence issue – how many does MotoGP count for? – you wonder whether the point would have been raised as soon as Márquez bested Andrea Dovizioso at Motegi. Red Bull is the sport’s premier marketing company, lest we forget, and well aware of the enormous exposure that would generate.

A successful switch would arguably be his most remarkable achievement, but right now, and fantastical speculation aside, it puts the achievement of Surtees in perspective. There was no marketing or sponsor fanfare, no headlines or clicks to bait. And Márquez would most probably be accepted by those up and down the grid, a luxury not afforded Surtees or Hailwood decades ago.

So fantasy, for now. But…

More: Jonathan Rea: ‘Márquez is taking racing to the next level’