Ducati, Honda and Yamaha all have a chance of lifting the MotoGP crown – so which factory has the technical advantage? 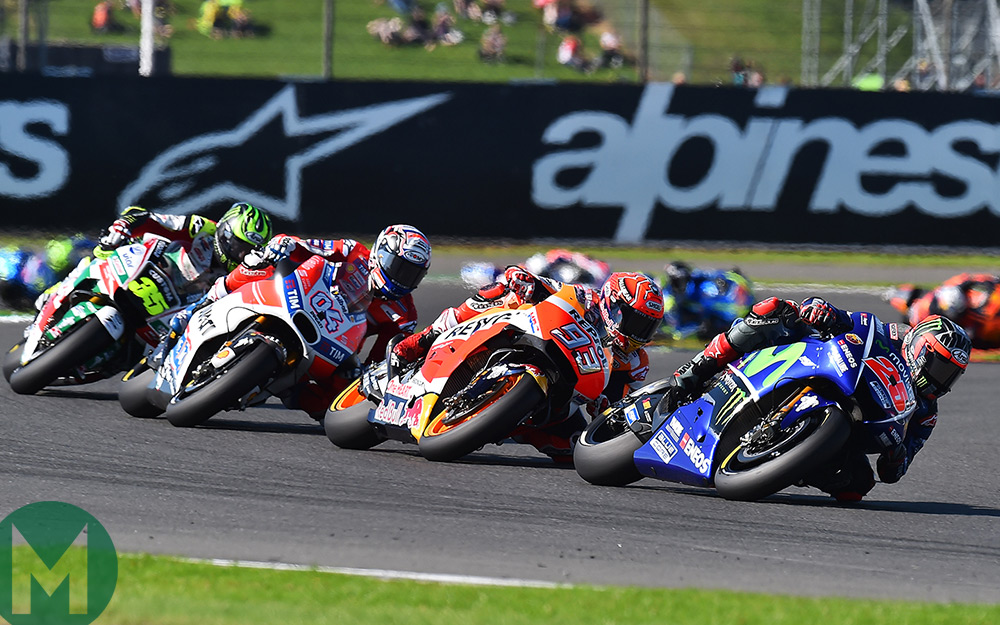 MotoGP isn’t only about riders, it’s also about motorcycles, so it’s worth looking at where Ducati, Honda and Yamaha are by comparing their records since MotoGP changed so dramatically at the start of last season.

Since the arrival of control software and Michelin tyres, Yamaha has suffered worst. The brand has won 10 of the 31 races since the start of 2016, compared to the 15 victories it took in the preceding 31 races. That’s a disastrous drop of 33 per cent.

Ducati, of course, has moved in the opposite direction; the marque’s turnaround so dramatic it can’t be expressed in percentage terms: Ducati didn’t win a single victory in the 31 races between Mugello 2014 and Valencia 2015, but has won six since.

Yamaha’s recent struggles have been the biggest surprise. The factory’s YZR-M1 was once the most neutral motorcycle on the grid, so it adapted well between different tracks, different riders and different conditions. During the Bridgestone control-tyre era the M1 took more riders’ titles than any other bike, so most people expected it to handle the switch to Michelin without real trouble.

In fact, the opposite has happened. The super-adaptable YZR-M1 is no longer so. The M1 has become a very fussy motorcycle – on the pace one weekend, way off the pace the next, so Movistar Yamaha riders and engineers rush around in ever-decreasing circles looking for solutions to their problems; so far without success.

The M1’s chassis doesn’t get the best out of the Michelins: if Yamaha gets the front to work, then the rear loses grip and it struggles to fix the wheelspin with the control electronics. It the rear works, it loses front grip and turning. The bike has a very critical balance point, a very small window in which both tyres work well enough for the riders to exploit the bike’s greatest asset: corner speed.

Movistar Yamaha has used three different frames this season. The latest, raced by both Maverick Viñales and Valentino Rossi at Silverstone, showed real promise. Viñales nearly won that race and took pole position next time out at Misano, but in the rain-soaked race he was 0.6 seconds off the winning pace, because he lacked both mechanical grip and electronic grip. Who knows, Yamaha may have turned the corner by the time we get to Aragon, but it has left it horribly late. 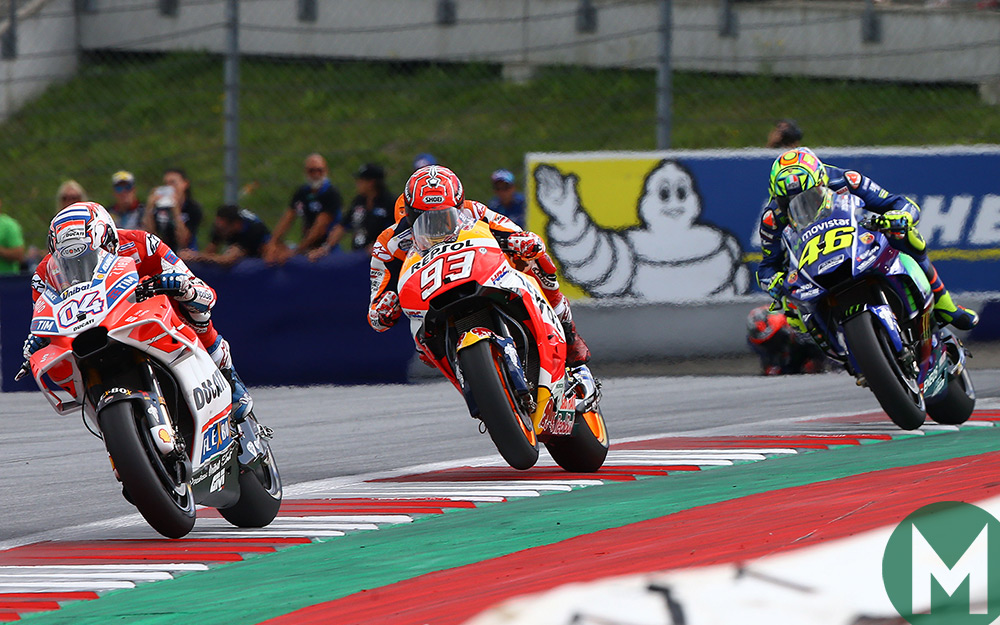 Ducati turned the corner earlier in the season, finally creating a Desmosedici that could beat Honda and Yamaha at all kinds of racetracks. So what are the crucial solutions adopted by Gigi Dall’Igna, Ducati’s latest Grand Prix engineering genius, following in the tradition of Filippo Preziosi and Fabio Taglioni?

Since he arrived at Ducati at the end of 2013, Dall’Igna has made the Desmosedici turn better by playing around with centre of mass, geometry and frame flex. He has also adopted trick new technology like a gadget-obsessed teenager: mass dampers, tyre-modelling software, radical aerodynamics, carbon-fibre forks and so on.

So what has turned the Desmosedici into a championship challenger for the first time in a decade: Dall’Igna’s chassis development or his armoury of clever gadgets?

Possibly neither. While Yamaha and Honda were hurt by the switch to control electronics and Michelins, Ducati has prospered. Dorna’s Magneti Marelli software is essentially the same kit that Ducati used some years ago, so the company’s electronics engineers know the programs intimately, which gives them an advantage over their rivals.

Just as significantly, the switch to Michelins has been kindest to Ducati. The French company’s rear tyre has somewhat cured the Ducati’s mid-corner steering problem because it offers more grip than the Bridgestone at maximum lean, when the rider wants to get the bike turned. And the harder-casing front tyre, first used this year at Mugello, works particularly well for Andrea Dovizioso. It is no coincidence that he won four of the next seven races.

Honda had the most to lose with 2016’s new technical regulations. HRC had the most sophisticated electronic control systems on the grid and the RC213V had been engineered specifically to get the maximum out of the Bridgestones. Thus the chassis design of the bike was quite front-biased, which also suits Marc Márquez, because no one can bury a bike into a corner like the 24-year-old. The bike also relied heavily on its super-sophisticated electronics to fire out of corners. Remember the trouble that Márquez had last year with the control anti-wheelie system?

If the Bridgestone-era RC213V was a bulldog, designed to aggressively attack corners, the Yamaha was more of a gazelle, created to sweep gracefully through them. So HRC has adapted the RCV, transforming it into part-bulldog/part-gazelle. Race-bike engineering is all about creating a bike that transfers load fore and aft to generate the correct temperatures in the tyre, so the RCV’s chassis set-up is softer to suit the way the Michelins work. Plus this year’s big-bang engine can find more acceleration grip from the rear tyre.

Last year Honda was the only top factory who had had no experience of working with Magneti Marelli (apart from some low-key work with MotoGP’s old Open bikes), so HRC found the night-and-day different software a major headache. It seems that Japanese electronics engineers and Italian electronics engineers go about things in very different ways, so for this year HRC did the sensible thing and hired a Magneti Marelli engineer to find a way through the labyrinth of Italian code.

The three factories are currently separated by 16 points in the riders championship and 17 points in the constructors championship, in which Honda is seven points ahead of Yamaha and 19 ahead of Ducati. Both championships will come down to riders, bikes, tyres, tracks and temperatures. Whatever, happens it promises to be an unforgettable climax.