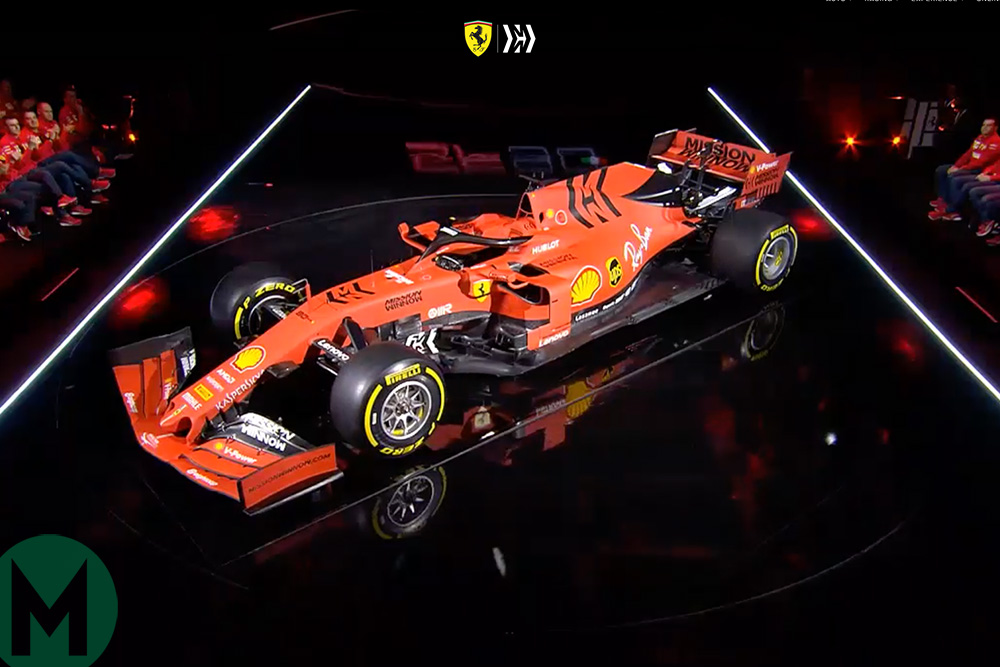 Ferrari has unveiled its SF90 Formula 1 car for the 2019 season, at the team’s Maranello headquarters.

The team plans to run the car for the first time on-track in two days’ time at Barcelona, as one of its two permitted ‘filming days’. That’s in advance of official preseason testing that starts at the same circuit on February 18.

There has been a change on the driver front too with the long-serving Kimi Räikkönen replaced by Ferrari protégé Charles Leclerc, who joins Sebastian Vettel.

Binotto said, “We didn’t somehow win the 2018 season but there were lots of positives.”

”It’s a development of last year’s car; it’s not a revolution,” he said.

”We tried to push really hard… the roll-hoop is very narrow and if you look at the bodywork at the back it is very very slim. In terms of engine packaging, a lot of effort has been done and I think the final shape is a result of all this effort. 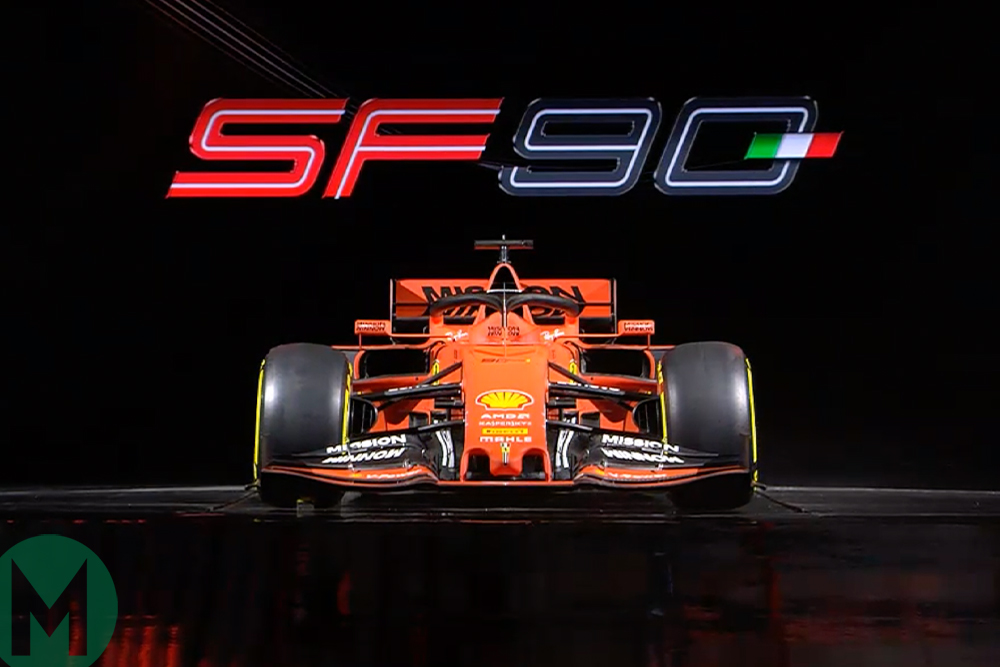 Vettel and Leclerc then joined Binotto on stage and both expressed that they were excited for the season ahead.

Camilleri said: “We carry the hopes, expectations and pride of an entire nation as well as millions of fans across the world.”

The CEO paid tribute to outgoing driver Räikkönen and former team principal Maurizio Arrivabene and said that Binotto would lead Ferrari into a “new, exciting chapter”, praising his leadership qualities and determination.

Ferrari has put in a strong challenge to Mercedes in either of the last two seasons but has come up short, finishing runners-up in the drivers’ and constructors’ championships in 2017 and ’18. It has now been upwards of a decade since Ferrari’s last title.

Many, including Motor Sport grand prix editor Mark Hughes, believe that while its car in the last two years has been strong, the team has been let down by operational errors as well as by Arrivabene’s management style.

Ferrari last month removed Arrivabene from his team boss position and replaced him with its highly-rated technical boss Binotto.