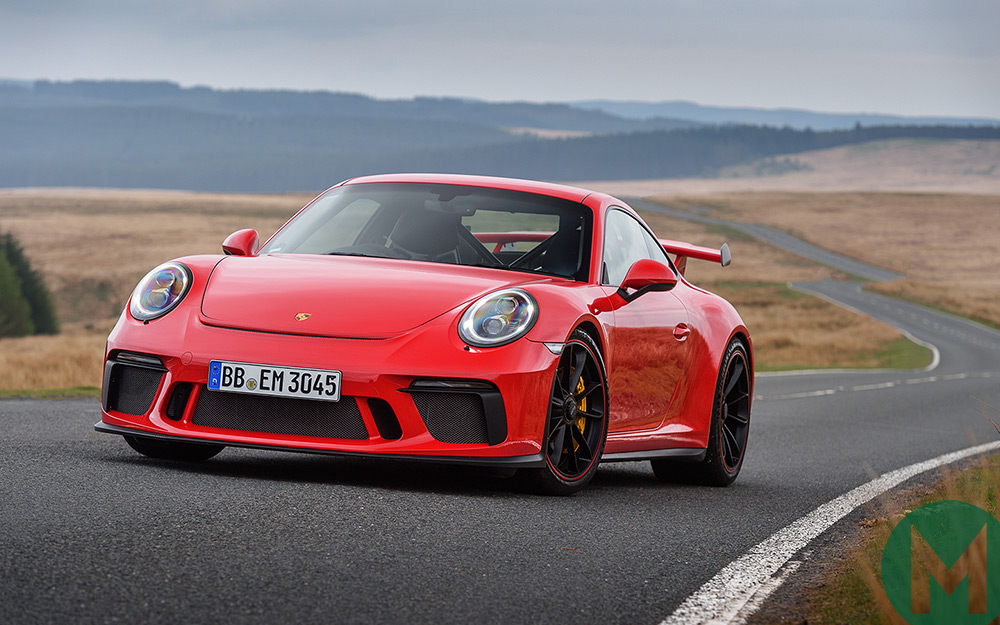 I love the symbiotic relationship that exists between Porsche’s purest sports cars and its growing number of enormous SUVs. Despite existing at opposite ends of the ranges, neither can survive without the other. Simply put, if Porsche did not sell Cayennes and Macans by the hundreds of thousands it would not have the money to pile into making highly specialised, ultra-low volume cars like the new 911 GT3. And without hardcore sports cars like the GT3 included within its offer, Porsche would soon lose the brand image upon which all those off-roaders are sold in the first place.

And the more SUVs you sell, the madder the hardcore sports car needs to be in order to keep the overall Porsche proposition in balance. Or at least that’s the way it has seemed to be.

Even so I was convinced the latest GT3, while preserving scintillating performance, would be a subtly but significantly more civilised car than the last. Not because Porsche is going soft, but because time has shown that the more differentiated Porsches are, even within its GT offerings, the more its customers like them. And after the ridiculous success of last year’s 911R (which sold out in seconds and were subsequently offered for sale second hand at absurd prices), I imagined it would now offer the ‘standard’ GT3 as an almost every day car, plus a replacement for the ‘R’ as Porsche’s ultimate road car weapon, and finally the GT3 RS as a development of the already very extreme, high downforce track-day tool that was the last GT3 RS.

Well we’ll have to wait for the new 911R and GT3 RS, but I can tell you now the GT3 has not been sanitised to the slightest degree – unless you include a new navigation system that’s actually worth using. In fact it appears to have gone slightly nuts.

The culprit, if culprit there be, is a new 4-litre engine, related to that of the GT3 RS and 911R but modified to produce more power lower down and rev even higher. All the way to 9000rpm in fact. It produces 493bhp, which is more than enough in a car that has had weight carved out of every corner. 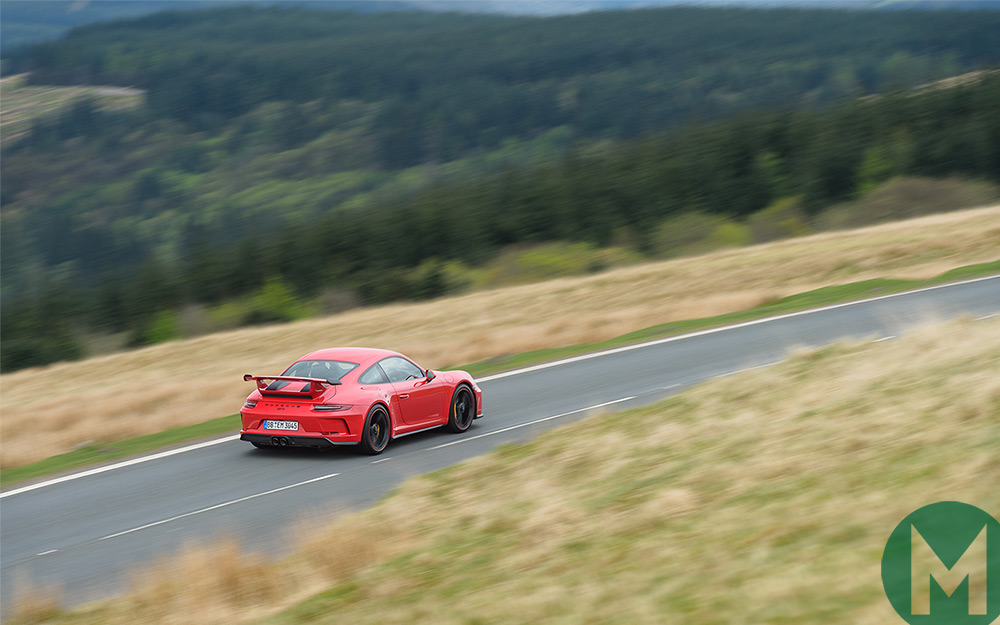 No, it’s not that fast in ultimate terms, far slower in a straight line than, say, a standard 911 Turbo, but the width of its powerband, its throttle response and, most of all, the noise it makes as that 9000rpm redline appears are a new level for a production 911. The sound is so addictive you find yourself parking at the side of the road, waiting for a long gap in the traffic, just so you can hear it scream for another couple of seconds. There may only be six cylinders in here, but there are plenty of V12s out there that don’t sound half as good as this.

There is a reason for this: the engine in the GT3 is to all intents and purposes the same as Porsche now puts in the back of its Carrera Cup racing car, and it is truly a thing of wonder.

The rest of the car is not bad either and is likely to get a whole lot better when manual gearbox versions start to appear later in the year. You will remember Porsche rather aloofly decided its customers no longer needed three pedal transmissions in GT3s – I remember being proudly told the paddle-shift alternative was worth an entire car’s length by the end of the main straight at the Nürburgring – and deleted the manual ‘box from this car’s predecessor. Well, those customers have in turn let it be known that driver involvement should perhaps be a higher priority and, sensibly enough, Porsche has listened.

In the meantime, even the paddle-shift GT3 offers a fully immersive driving experience. The handling feels closer than ever to that of a track car, but without requiring quite the same on-limit commitment and skill as the GT3 RS, yet Porsche has somehow contrived to retain ride quality that seems little worse than that of a standard 911, if at all. The only warning I’d flag up is that the Michelin track day tyres are very noisy (Dunlop provides an alternative) and that the engine is rather loud at a constant cruise, denting somewhat the GT3’s credibility as a true every day car.

I would not let this deter me. Every time Porsche produces a new GT3 people like me rain praise down upon it and I confess it’s all getting rather repetitive and predictable. Part of me would quite like the company to produce a duff GT3 just because I’d find the story far easier and more entertaining to write. But I can report only as I find, and I find that this is the best GT3 we have seen from Porsche to date, and equipped with one of the best engines we’ve seen from anyone. Ever. 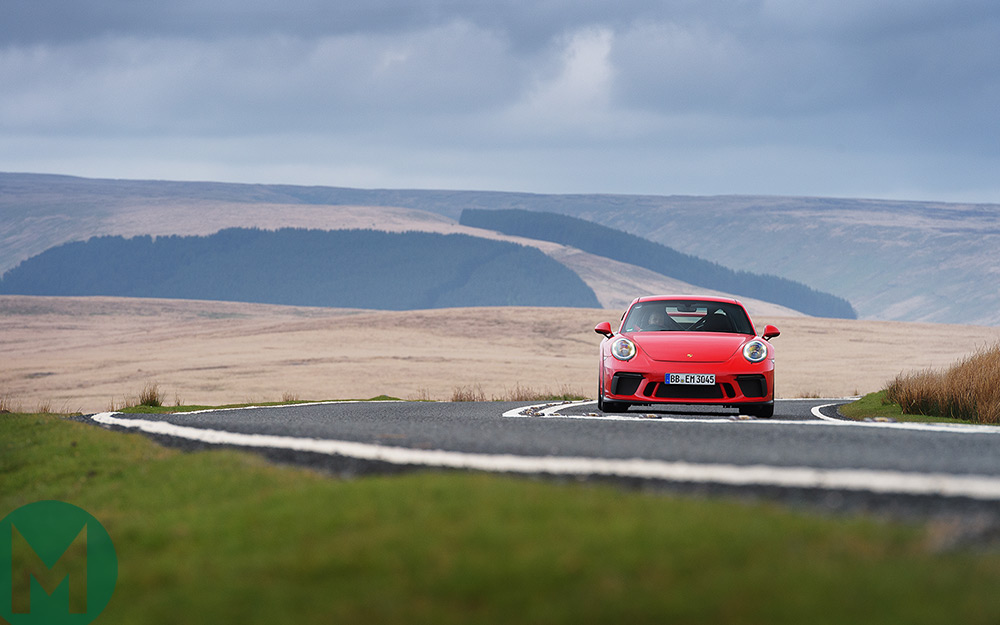