Everyone loves an exciting concept car – a design that stretches conventional form and prompts the little boy or girl within us to shout, “please, please let them build more than one!” Recently launched at the Frankfurt Motor Show, the Porsche Mission E and the Bugatti Vision Grand Turismo are two such cars. 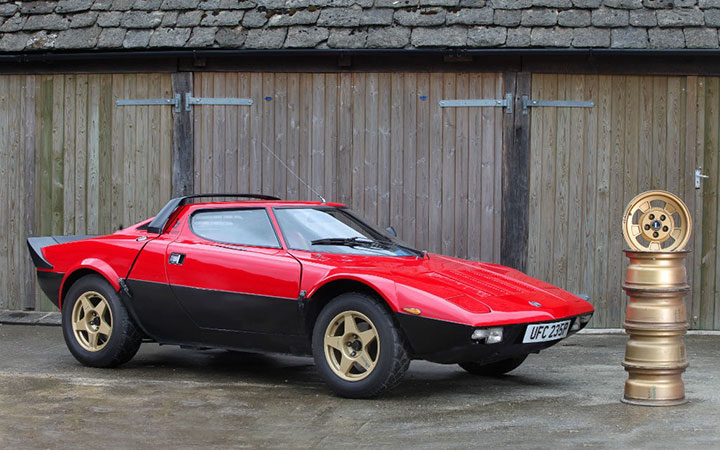 The Mission E is so shapely it may be the first all-electric vehicle to render petrolheads weak at the knees. Equally, the Bugatti is a masterpiece in concept showmanship. Its exaggerated proportions are designed specifically for Le Mans. In fact, Bugatti boffins calculate the car would breach 250mph on four occasions given its legs around the French circuit. A close examination of the engineering detail lavished upon the car leaves that claim in little doubt. 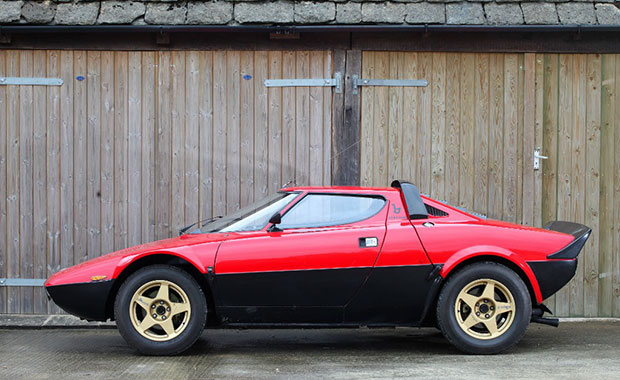 Much like the Mission E and Vision Grand Turismo, Bertone’s Stratos Zero concept generated lots of noise when uncovered at the 1970 Turin Motor Show. To this day, the Zero remains one of the most off-the-wall concept cars ever produced. The wedge-shaped contraption appeared to be milled from a solid slab of metal and featured only one door – its windscreen. It looked unconventional from every angle and even 45 years on, its form still widens the eyes.

Although the Stratos Zero was never destined for production it did lodge itself in Cesare Fiorio’s imagination. Fiorio headed up Lancia’s motor sport arm and as he dreamed of a dedicated competition car to replace the Fulvia coupe, the energetic shape of the Zero struck a chord.

In 1971, an updated Bertone design appeared at Turin. The car was far from production-ready and appeared only mildly related to the Zero but its aggressive angles signalled intent. They also signalled the arrival of the Lancia Stratos HF as we know it today. By ’72, a development chassis was undergoing extensive testing in readiness for the Tour de Corse later that year. Though evidently fast through the Corsican streets, the Stratos retired with damaged suspension.

With engineering input from Gian Paolo Dallara and an engine sourced from Ferrari, the Stratos project was not devoid of big names. And though initially fragile, the square, squat car didn’t disappoint. Alongside many lesser victories, the Lancia Stratos secured the World Rally Championship three years on the trot from 1974-76.

While the Stratos will always be remembered for its exploits on the stages, versions of the car also competed on closed course circuits. The all female partnership of Christine Dacremont and Lella Lombardi piloted a Stratos to 20th overall at Le Mans in 1976. The Italian icon also morphed into a Group 5 sports car, gaining a front splitter so large it could have been mistaken for a snow plough. 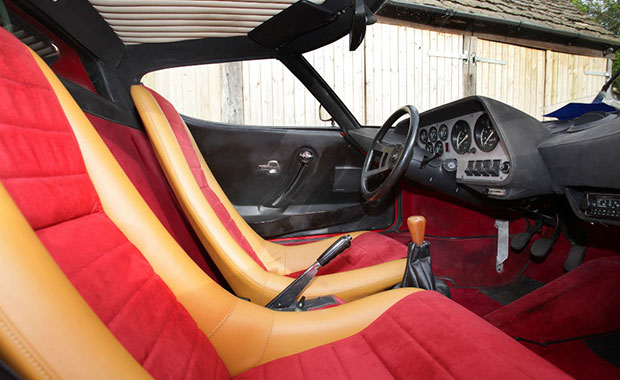 A feature of the car that lent itself particularly well to rallying was its dramatically curved windscreen. For anyone who’s ever cursed their A-pillars – neck craned sideways, clutching for an improved view through an unfamiliar corner – the Stratos has the answer. From the driver’s seat, its near panoramic outlook must have been useful when spotting an apex sideways at 70mph. It certainly worked for Sandro Munari, who took a hat trick of wins at the Monte Carlo rally in 1975, ’76 and ’77.

Although the Stratos rallied on into the ’80s, it would never again perform to the levels achieved the previous decade. When Group B regulations arrived in 1982, the Stratos was ushered into retirement. Perhaps unsurprisingly, it is widely believed that the Italian brand never genuinely produced the full 500 road cars required to confirm its competition eligibility. The educated consensus suggests only 492 chassis were produced but other estimates dip significantly lower.

Whatever the final production numbers, you can rest assured you’ll never find two parked at your local pub. They are exceptionally rare and are priced accordingly. A recent Stratos sale achieved over €400,000. Although this week’s classified spotlight is currently unrestored and ever so slightly rough around the edges, it will still command a pretty penny.

The engine bay, for example, is slightly unpolished. This matters little though, for resting at the centre of the car lies a 2.4-litre Ferrari powerplant, plucked from the Dino when Enzo Ferrari was feeling generous. If primarily remembered for their shape, the sound projected from the mid-mounted Italian V6 is also worth a slot in the memory banks. 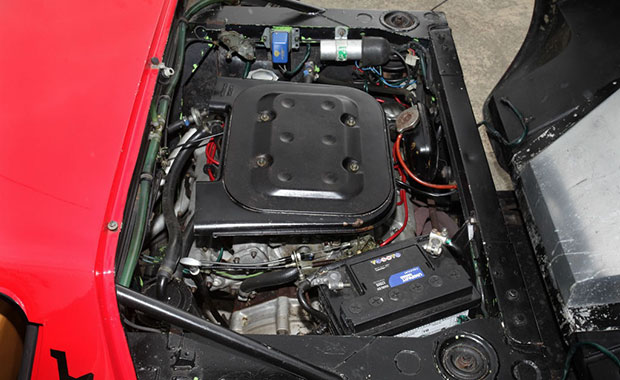 Chassis number 1595 was manufactured in 1976 and at one point was reportedly owned by a close friend of Mr Ferrari himself. The car started its life green but currently wears a fetching red over black paint scheme. Available from William I’Anson, the car’s golden alloys are a fantastic aesthetic addition and boost the appeal already attached to this rallying great.

Leaving looks to one side, the Stratos has a reputation for challenging dynamics. Its wheelbase is only 75cm longer than its front track, generating a very short, square footprint. This set-up is conducive to direction change but somewhat lacking in stability. It’s a car that won’t be mastered in a day but who among us wouldn’t want the challenge?