Once Jack Brabham had deposited his leading Cooper in the bushes at Hatzenbach on the opening lap, it was left to the old, Rob Walker-run, four-cylinder Lotus of Stirling Moss to take the fight to the more powerful Ferraris. 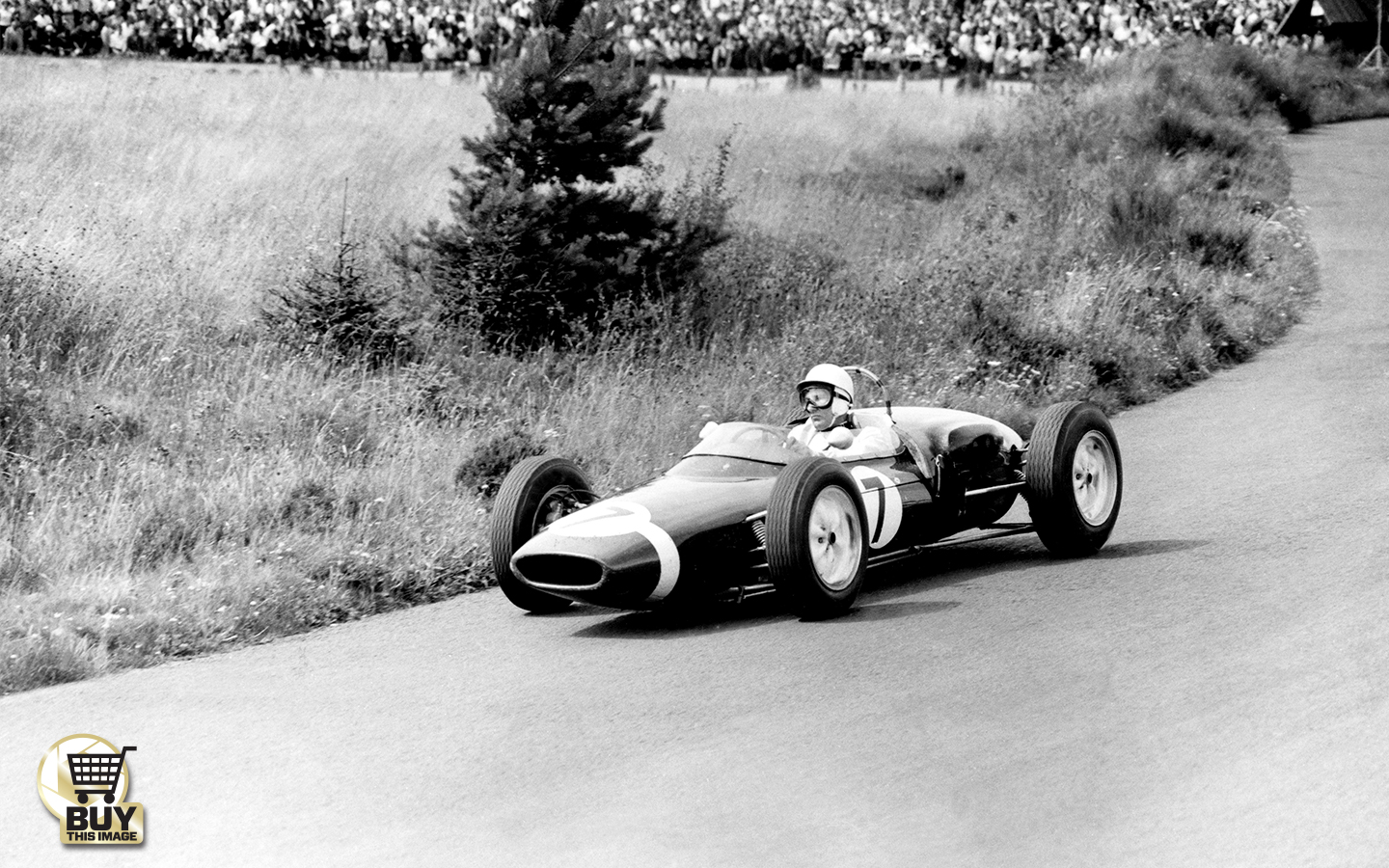 It was Monaco all over again. Always keen to take a gamble as an underdog, Moss had decided to start (from third on the grid) on Dunlop’s high-hysteresis D12 rain tyre even though the circuit was merely damp. Dunlop’s Vic Barlow advised vehemently against this, warning of overheating, chunking and sudden failures, but Moss felt that he had no choice if he were to win, which is all this inveterate racer ever wanted to do. Plus Team Lotus’s Innes Ireland had won the recent non-championship Solitude GP in the dry on the same boots. The extra grip they afforded was worth the risk.

Having painted over the tyre’s indicating green spot to disguise his ploy, Moss was 10 seconds ahead after just three laps, at which point the ‘Sharknoses’ – Ferrari had heeded Barlow’s advice – began to circle as the track dried. Phil Hill and Wolfgang von Trips, though able to lap faster than Moss – both broke the nine-minute barrier – were, however, enduring a difficult ride on suspension that caused them to ground over bumps. (Hill reckoned his pole lap freakish.)

The Lotus they were chasing was more composed – as was its driver.

Nobody could hold a candle to Moss at the Nordschleife, which was hosting its first GP since 1958. Yet the Ferraris’ extra oomph was beginning to cause him concern as Hill and von Trips wound each other up and towed each other down the long finishing straight. Though Moss’s car had been fitted with newer, smoother bodywork since his Monaco miracle, its top-end speed was still shy of the optimum.

Fortune favoured the brave. The rain began again, allowing Moss to stretch his lead to 21.4sec over the last three laps. His chasers, left to fight among themselves, were lucky to reach the finish so hectic was their internecine scrap.

Moss’s final GP victory lacked the claustrophobia of Monaco – the most traffic he experienced that day in Germany was a 40-minute jam near Düsseldorf while on his way home – and so he did not rate it as highly. However, it undoubtedly reaffirmed his position as the world’s best driver – by a margin never bettered in any era before or since. PF 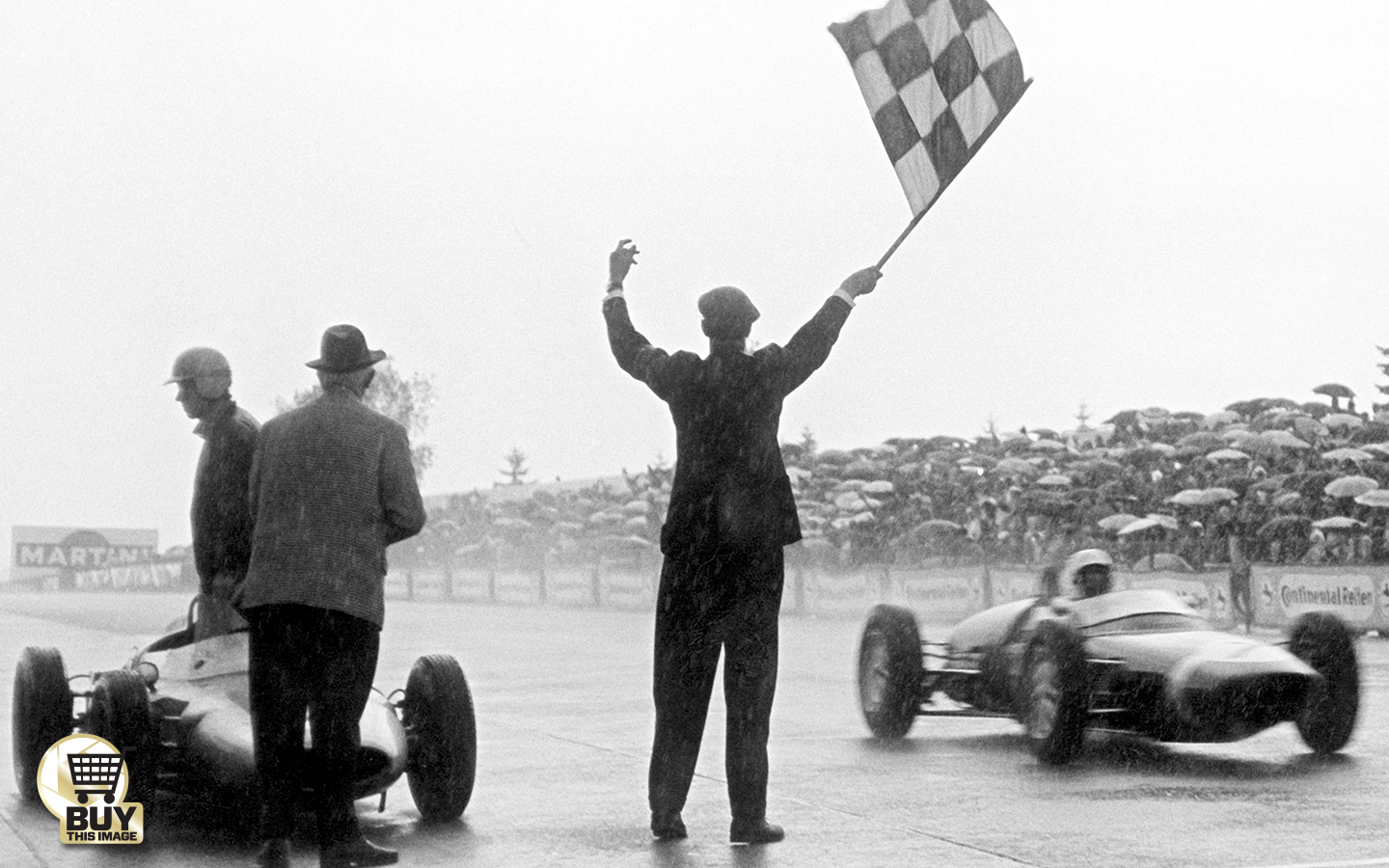