Whether you like the Abu Dhabi track or not, you can’t fail to be impressed by the buildings and facilities that surround it. The rumoured cost of Yas Island – hotels, circuit, marina, Ferrari World and all – is in the 10s of billions. However, when you factor in the state-owned Abu Dhabi National Oil Company accounting for over three per cent of the world’s oil production the economics become a little clearer. 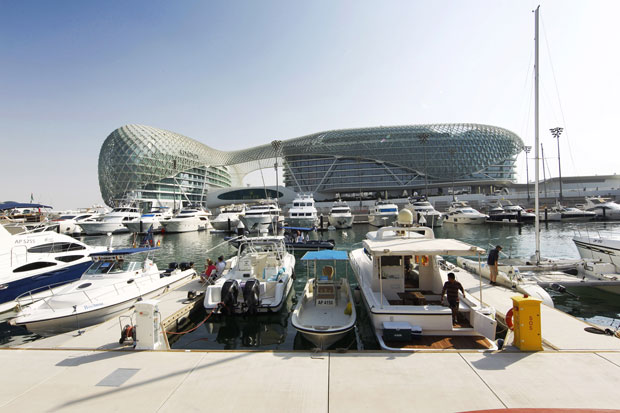 It’s ironic that it was here of all circuits the Lotus/Räikkönen wages story came to a head. Formula 1 is not an easy environment to survive in, but Lotus came fourth in the constructors’ championship last year and is currently fighting at the front again. Indeed, if things go according to plan in the last two races it could challenge for second place in the championship. It’s a sad reflection on the sport when a team in that position can’t afford to pay its employees. Quantum Motorsports Ltd. has now concluded its 35 per cent investment in Lotus and the team’s financials are secure – for now – as are the services of Räikkönen in the last two GPs. There’ll be a huge sigh of relief for many, but surely the team should never have been in such a dire situation?

While not wanting to comment on the Lotus situation Rosberg did say on the weekend that “it’s not just him [Räikkönen] who’s having those sorts of issues”. So which team is financially sound? There aren’t many that are if you take the actual teams, rather than any affiliated manufacturers or drinks companies, as complete businesses. Put it this way, there’s a reason why Tony Fernandes wants to break into the Asian road car market with Caterham/Renault. He’ll make money from that while his Formula 1 team will act as a shop window for the rest of Caterham’s businesses.

Whitmarsh says that McLaren is on safe ground. “There aren’t many teams that have such comfortable prospects going forward as McLaren,” he said. “Formula 1 is tough. It’s a very expensive sport; it’s the most technically advanced sport in the world. It needs a lot of money and that’s a tough old business for any team. 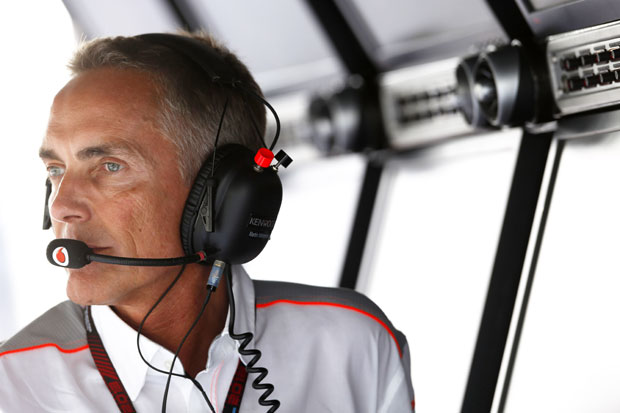 Executive director of Mercedes Toto Wolff was more outspoken on the Lotus situation and the rumours of other drivers not being paid. “It’s not a good sign,” he said. “Employees or suppliers not being paid is not what we want to see. It’s a matter of how you manage your business and to me it seems strange. I’ve never had a similar situation in all my life, and I’m wondering why the hell people aren’t paying their staff. Is it true? Is it not true? I don’t know, but if it is true it is incomprehensible. 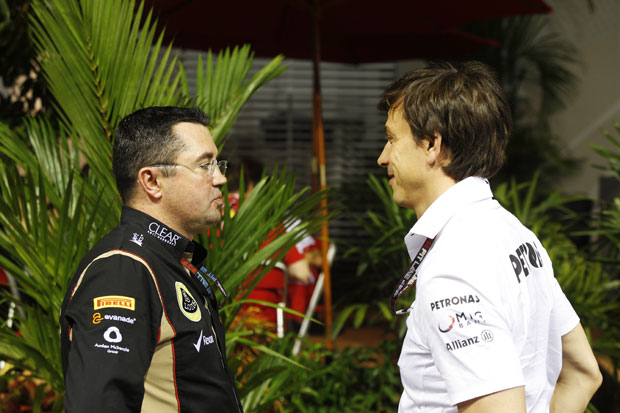 “It’s not nice that a front-running team isn’t able to pay the bills. For me it’s a matter of how you manage your company, though. Without wanting to be too hard, because I have no knowledge about how the team is being run, you operate on the budget that you have available. It’s how any normal company functions.”

He’s right – you have to operate on the budget you have available. However, the real problem here is not necessarily how Lotus is being run. If it was just one team, which was at the back of the grid and comparatively not earning much from the constructors’ championship, with problems then it would be easy to assume that it was a case of mismanagement. It’s hard not to sympathise with all the teams, though, when the Formula 1 division of CVC Capital Partners, the largest stakeholder in F1’s commercial rights, posted an $865m (£540m) bottom-line earning in 2012. CVC is in the business of making money and Formula 1 is an investment to them much like the long-term truck and van rental company Fraikin that sits below F1 in CVC’s portfolio.

The current financial struggles in Formula 1 are very real indeed and a solution needs to be found soon. With the commercial rights of the sport being traded as an investment things are not going to change in the near future unless the FIA can manage to buy them back. One possible solution? A budget cap, if policed properly, could work. But then where does that leave teams which do have more money to spend because of larger sponsorship deals and past success? It would be a hugely difficult initiative to introduce and would Ferrari, McLaren and Red Bull want to race in such a championship? Let’s hope we don’t lose any teams before people sit up and take notice.