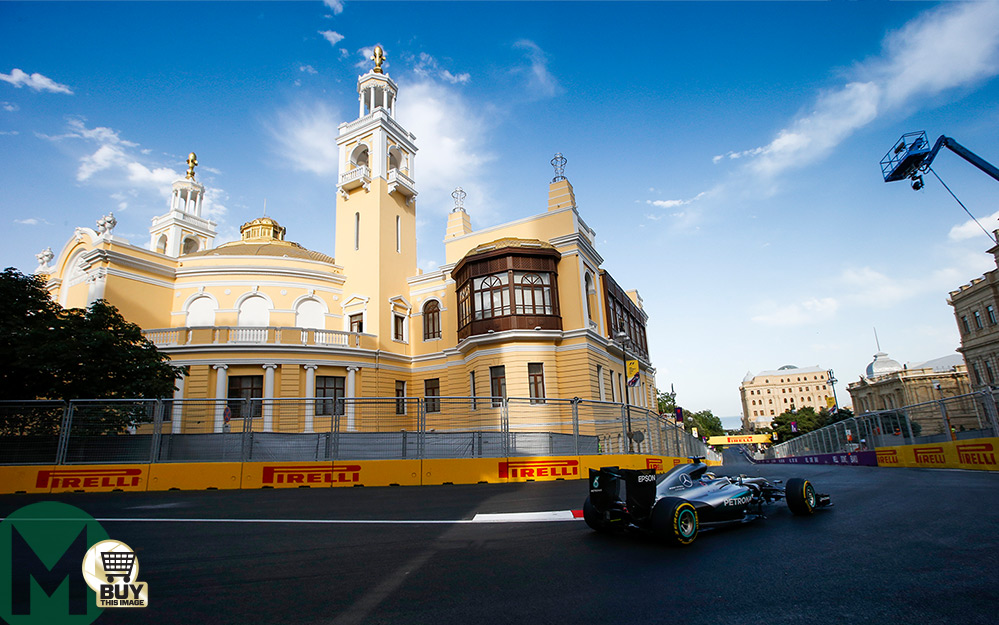 Baku became the sixth different venue to hold the European Grand Prix since it first became a stand-alone race in 1983. Last year was a one-off use of the title, with this weekend’s event the inaugural Azerbaijan Grand Prix. That said, the European GP had a dramatic, if sporadic, history since Brands Hatch was a late replacement for the 1983 Swiss and Las Vegas GPs.

Nelson Piquet strengthened his championship challenge by winning the 1983 race and Nigel Mansell scored his maiden GP victory when the race returned to Kent two years later. Alain Prost, who had won the 1984 European GP at the new Nürburgring, cruised into fourth-place in 1985 at Brands to clinch his first title.

That was the last such race for eight years before Donington Park held its only world championship race, in 1993. Those who braved the cold, wet April day witnessed Ayrton Senna’s peerless wet-weather skills as he recovered from a relatively poor start to pass four cars on the opening lap and dominate thereafter. He even broke the lap record on a lap through the pits.

In 1994, Benetton’s Michael Schumacher returned from a two-race suspension to win at Jerez and he repeated that success a year later when the event was held at the Nürburgring once more. Jean Alesi had seemed on course for his second victory for Ferrari only to be denied by the German with three laps to go. Jacques Villeneuve withstood Schumacher’s pressure to score his first GP win in 1996 and those two were centre stage once more when Jerez held the 1997 championship finale. Villeneuve went to pass his title rival on lap 48 only for the German to drive into him. Schumacher was eliminated in the collision, and Villeneuve’s Williams able to limp to the finish to claim the world championship. The FIA subsequently excluded Schumacher from the 1997 Championship results, although that was thought a lenient punishment at the time. 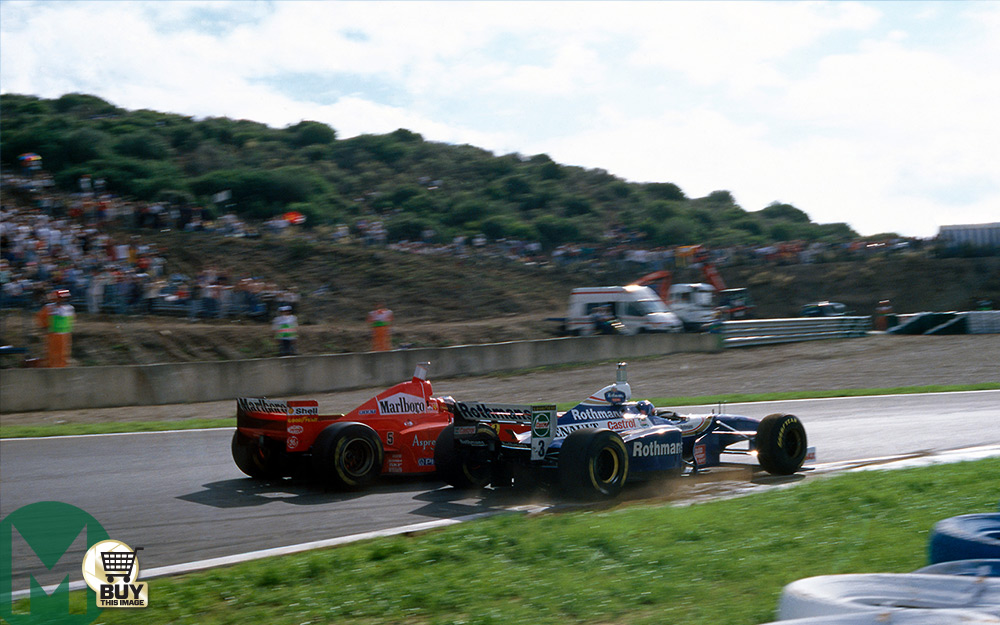 The Nürburgring held the European GP for the next nine years and it was here that Johnny Herbert survived treacherous conditions to score Stewart Grand Prix’s only Formula 1 win in 1999. This was very much Schumacher country with Michael winning three of the next five races and Ralf leading a Williams-BMW 1-2 in 2003. The exception was 2002 when the older sibling having to give second-best to team-mate Rubens Barrichello following a spin.

Renault’s Fernando Alonso inherited victory in 2005 when Kimi Räikkönen’s suspension collapsed on the last lap, a flat-spotted front tyre having caused a severe vibration. Heavy rain turned the start of the 2007 race into a lottery with Spyker debutant Markus Winkelhock briefly leading behind the safety car despite starting from the pitlane.

The race moved to Valencia’s harbourside course from 2008 to 2012 and Barrichello scored his first win in five years during his successful 2009 campaign with Brawn. Mark Webber walked away from a huge airborne accident after his Red Bull hit the Lotus of Heikki Kovalainen in 2010, two years before Alonso scored a popular home win in 2012 in the last race to be held in Valencia.

Baku’s long straight favoured Mercedes power when the race was revived 12 months ago, but the event has been renamed the Grand Prix of Azerbaijan from this year. It marks the first new Grand Prix on the world championship calendar since Russia joined in 2014.