Jenson Button (1st)
He’s still having problems getting to the podium (he had to ask the way in Spain and here, he parked his car in the wrong place). “We’ve got Monaco baby, yeah!” screamed over the radio though sums up how clinical Button is at the moment. It’s starting to feel that it’s just another notch on the bedpost. Pole, great start, left his team-mate for dead and didn’t put a foot wrong (apart from where he parked that is). 10/10 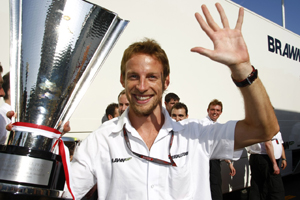 Rubens Barrichello (2nd)
Suffered from graining tyres in his first stint, but got a good start to get the jump on Räikkönen’s KERS equipped machine. However much Ross Brawn tries to tell us that the championship is there for the taking for either of his drivers, we know full well there is no way Barrichello can come back from Button’s devastating start. 9/10 (Could have been more if he got rid of weird facial hair). 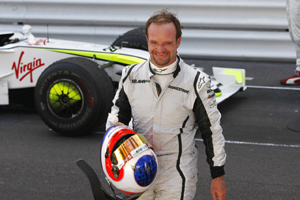 Kimi Räikkönen (3rd)
Not the first time he has lost a place at the start, a point which the Finn admitted to in his own laconic way in the press conference. He drove a solid race though and had the measure of Massa for the first time this year. When asked whether the distractions in Monaco made it difficult to concentrate on racing he replied: “depends on which distractions you’re talking about.” Of course this was delivered without a hint of a smile. Brilliant. 8/10

Felipe Massa (4th)
Held up by Vettel in the opening laps (and they say karma doesn’t exist…). Struggled to find clean air, but when he did he was very quick. Very brave manoeuvres on Vettel at the beginning, which ultimately cost him a place rather than made one up when Rosberg nipped through. Also got warned for crossing the rumble strips on the chicane too many times. At least he was trying… 7/10

Mark Webber (5th)
A pretty quiet race for the Australian (not that it was a particularly exciting one full stop) and managed to keep it out of the wall unlike his team-mate. The Red Bulls are going to be quick in Turkey so watch out for Webber on the podium… 8/10

Nico Rosberg (6th)
Once again, showed good pace in practice, but struggled to get on the front couple of rows in qualifying and consequently, clean air in the race. When is it all going to go right for Williams? They have a quick car, but just can’t get the results. My opinion? Get rid of Nakajima and find Rosberg a team-mate that’ll make him sweat. 7.5/10 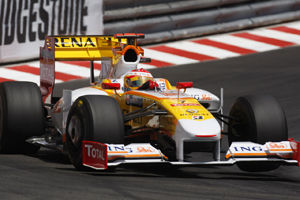 Fernando Alonso (7th)
Once again (this is almost getting repetitive) the Spaniard finished much higher up than his car deserved. What Renault is going to do when he goes to Ferrari next year I have no idea. Hands up who’d like to see him in a Brawn GP car? 8/10

Sebastien Bourdais (8th)
One of his best races this season, but then again he was always very good on street circuits when he was conquering the world of Champ Car in America. He’s going to have to do the same or better though for the rest of the season if he’s going to be staying in Formula 1. It would be a real shame as he is an extremely talented driver, but F1 has never been one to wait around on drivers that don’t get up to speed. 7/10

Giancarlo Fisichella (9th)
A quiet race, but a great one at that. The Force India looked surprisingly quick around Monte Carlo and Fisichella made the most of it to outperform his team-mate – something he hasn’t done that much this season – and just miss out on points. It would have been fitting if the team got a point at Monaco after the Sutil/Räikkönen incident last year. 8/10

Timo Glock (10th)
The Toyotas were about as well suited to Monaco and the soft/super-soft compounds as Michael Schumacher was to losing. It really was a case of just getting round and, well, that’s pretty much what he did. Good effort starting from pitlane and making up 10 places though. 6/10

Nick Heidfeld (11th)
Again, the BMW was not exactly well suited to Monaco. Or indeed any track this year. It got to the stage where the team tried radically changing the setup just to see if it would make any difference. It didn’t. 6/10

Lewis Hamilton (12th)
He said that he was “satisfied” after the race. He even quoted Rocky saying: “I just wanted to see the end of the fight.” Now forgive me but crashing in Q1 and then struggling to make any impact in the race isn’t particularly satisfying. Especially when your team-mate – who isn’t as brilliant as you in Monaco – outperforms you. I am being a little harsh perhaps as overtaking in Monaco is… well, it’s nigh on impossible. 4/10 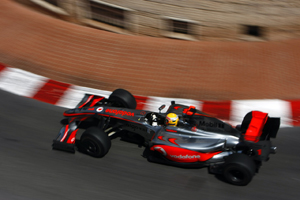 Jarno Trulli (13th)
The one-stop strategy did little to improve the Italian’s chances of points in an underperforming car. You know when things are bad when even Mr Qualify himself can only manage 18th on the grid. 5/10

Adrian Sutil (14th)
Qualified well, but then dropped back in the race. On a related note – is Force India going to stay in Formula 1? Mallya is an enthusiast, however, he’s also a businessman, and a very good one at that. No businessman will be able to justify where Force India is at the moment and I just don’t think it has the right drivers for the job. 4/10

Kazuki Nakajima (15th)
At least he made it to the end of the Grand Prix. Oh no, he didn’t… he crashed in the dying laps. Good effort in qualifying, but he has got to start making an impact in the races if her is going to remain in Formula 1. 4/10 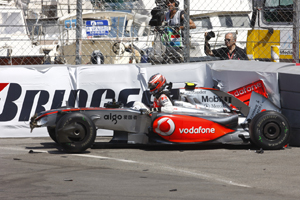 Heikki Kovalainen (16th) RET
Qualified well and raced well, until he lost the back end in the swimming pool section. With Hamilton pottering about at the back making a meal of things, this was a great opportunity for the Finn to take some points and outperform him. An opportunity lost. 5/10

Robert Kubica (17th) RET
“We have to realise, we are bad.” Never a truer word spoken from the Pole. He had brake problems and retired after only 18 laps, but one feels that this was probably a welcome relief. 5/10

Sebastian Vettel (18th) RET
He’s fast, he’s mature for his age and he’s been tipped to win multiple world championships. This weekend though he wasn’t that fast, missed pole with a very light fuel load, held up a train of cars in the early stages – how satisfying it must have been seeing Massa in his mirrors for so long – eventually let them through and then crashed. All in all, not a great weekend. 2/10 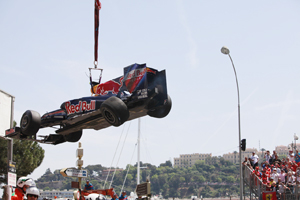 Nelson Piquet (19th) RET
He actually qualified well – only two slots behind Alonso – and he also raced very well. A real shame that he was taken out by Buemi as I doubt Briatore will see the unfairness. 7/10 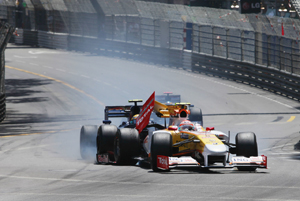 Sebastien Buemi (20th) RET
Every rookie has his moments and Buemi’s came under braking going into turn one. Taking Piquet’s car with him. A bad error, especially after such a good start to the season. 1/10