Ferrari blamed the undeclared fuel in Charles Leclerc’s car at the Abu Dhabi GP on an error. Mark Hughes explains why it’s a controversial mistake to make 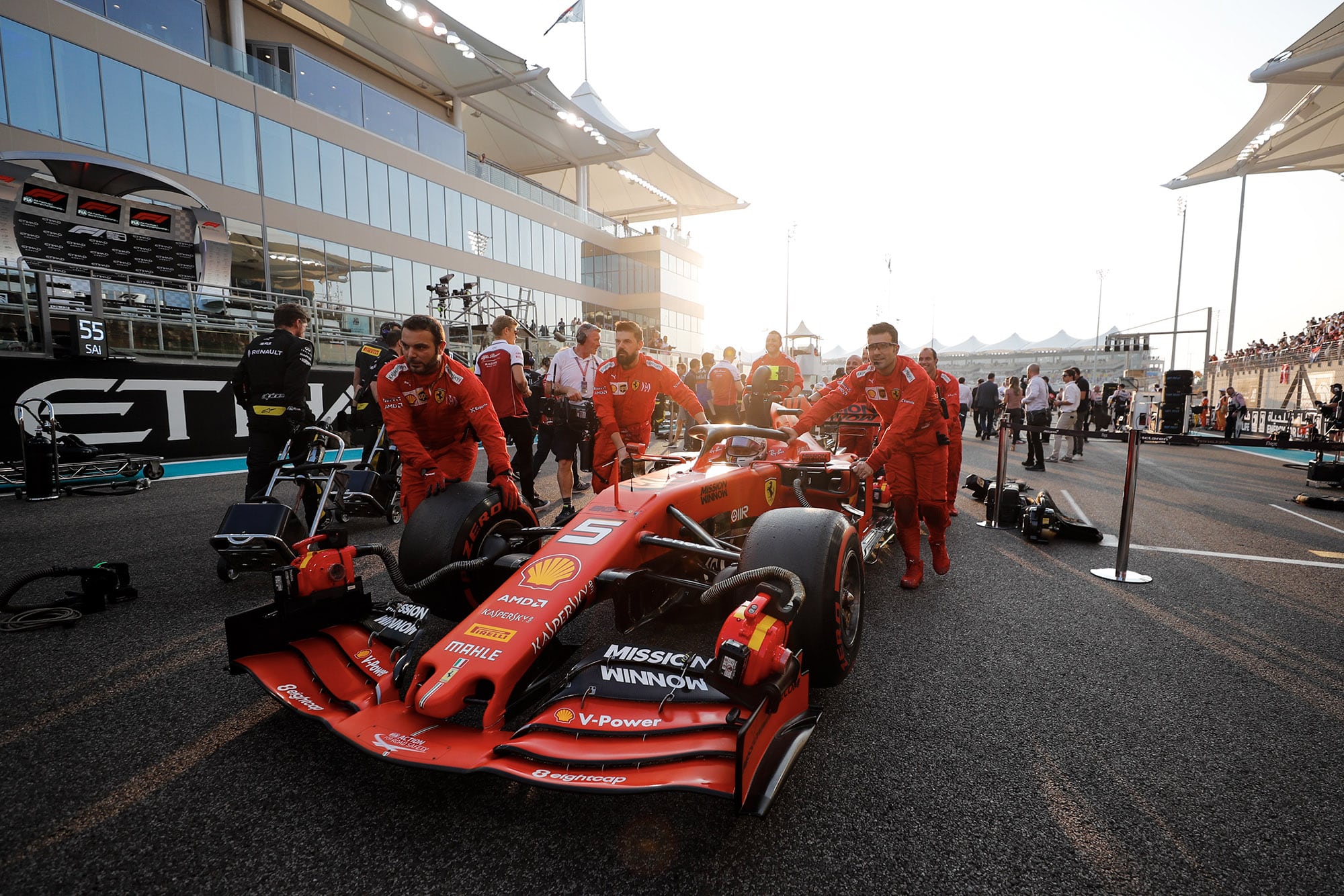 So, what was Ferrari’s fuel declaration controversy in Abu Dhabi all about?

An hour before the race, the FIA issued a statement that it was investigating the difference in Ferrari’s declared fuel load for Charles Leclerc’s car and what was found to be its actual load when checked. After the race, the governing body issued the following statement:

“Technical Directive] TD/014-19 required teams to declare the amount of fuel that they intended to put in the car for the laps to the grid, the formation lap, the race, the in-lap and any fire-ups that would be needed.

“The Technical Delegate was able to confirm the fuel mass put in the tank by checking in accordance with the procedure specified in TD/014-19.

“There was a difference of 4.88kgs between the team’s declaration for car 16 and the Technical Delegate’s measured fuel mass.

“The team’s declaration was therefore inaccurate and constituted a breach of the Technical Directive. This in turn constitutes an infringement of Article 12.1.1i of the International Sporting Code.

“Accordingly, the stewards determined that the team should be fined 50,000 Euros for its inaccurate declaration.”

So was Ferrari using more than the permitted 110kg? No, absolutely it was not. We do not know the actual fuel load (it’s private between the FIA and the team concerned), only that it was 4.88kg greater than declared, but still within the 110kg permitted.

A small difference could credibly be claimed to be finger trouble. But 4.88kg (as on Leclerc’s Ferrari) is difficult to explain

So why is this even a controversy? Why do teams even have to declare their load at all?

Here is the case that the prosecution – Ferrari’s rivals – would put forward. It’s very specifically related to their belief that Ferrari was getting around the FIA fuel flow meter which limits the fuel flow to the regulation 100kg/hour maximum.

In this fuel flow formula, the maximum fuel flow is effectively much the same as the engine’s cubic capacity was in the old days, ie it is the defining limiting factor on how much power can be produced. Exceeding the fuel flow limit is considered the same as having an over-size engine would have been before.

That 100kg/hour is just a way of expressing the maximum permitted flow rather than how it is measured. It’s measured at incredibly high frequency – 2000Hz – all the time. If the maximum flow is exceeded in that incredibly short time frame, an alarm triggers at the FIA. The FIA’s fuel flow meter uses something called ‘differential time technology’ to measure the velocity of the fuel using ultrasound, detecting the time an ultrasonic pulse takes to travel from one transducer to another. There are no moving parts. The meter is fitted between the fuel tank and the injectors. 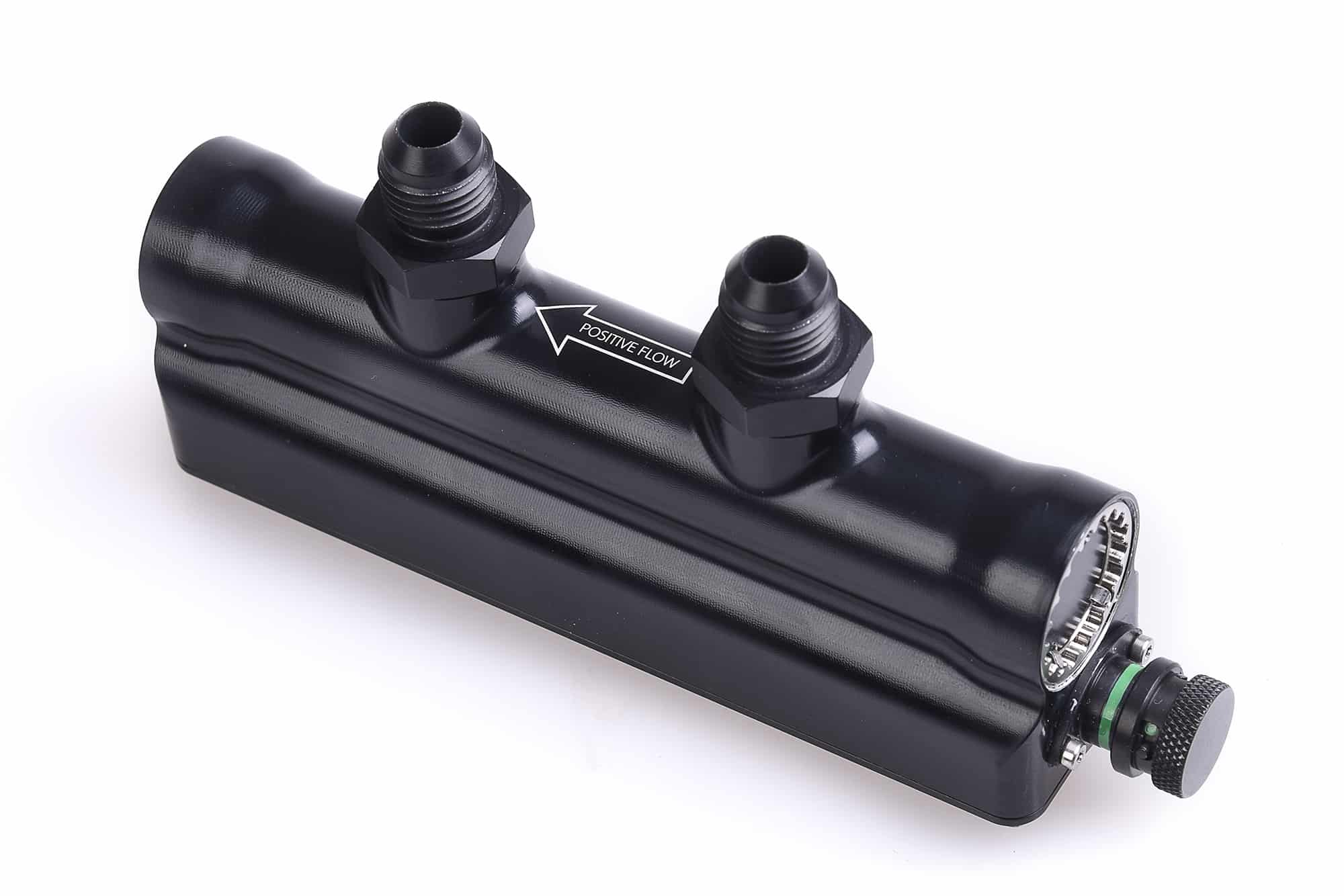 In Austin on Saturday morning, following a query to the FIA from Red Bull, a Technical Directive (TD035/19) was issued. Red Bull had asked if it would be permitted to run interference on the fuel flow meter’s signal. Which in theory would make it possible to run beyond the maximum permitted fuel flow. The technical directive confirmed that this would be illegal.

If such a system were run and the permitted fuel flow maximum was exceeded (which could significantly increase the power), obviously you’d use more fuel. The maximum total amount of fuel used in the race (including the aforementioned laps to the grid, formation lap, race, in-lap and any subsequent fire-ups) is limited to 110kg. So if teams were already starting with 110kg, they’d be unable to make use of the ability to exceed the fuel flow limit. But teams hardly ever start with the full 110kg. They prefer to trim off as much as feasible to make the car lighter. Which means that in theory there is some headroom to run an illegally high fuel flow without contravening the maximum allowed 110kg.

So, to ensure against this, the FIA this year introduced Technical Directive 04/19, whereby the fuel load has to be declared to the FIA in advance by a set time on Sunday a few hours before the race – and the FIA can do random weight checks to see if the fuel load in the car matches the declaration. The fuel is drained from the car, the car is weighed, the fuel is put back in and the car is weighed again. The difference should match the declared load. The car might then be weighed again after the race.

If a team was to make use of an ability to run an illegally high fuel flow, it could burn off any difference between declared and actual – while still being in compliance with the 110kg limit, and its weight after the race would be perfectly consistent with the declared fuel load. But for that to work would require not being randomly weight-checked before the race.

If there was any difference between a declared and actual pre-race fuel load, then obviously that would be highly suspicious. If the difference was small it could credibly be claimed just to be finger trouble. But if the difference was 4.88kg (as on Leclerc’s Ferrari in Abu Dhabi), that’s difficult to explain. That’s 4.4% of the total permitted fuel load (about three laps-worth) and around six litres. 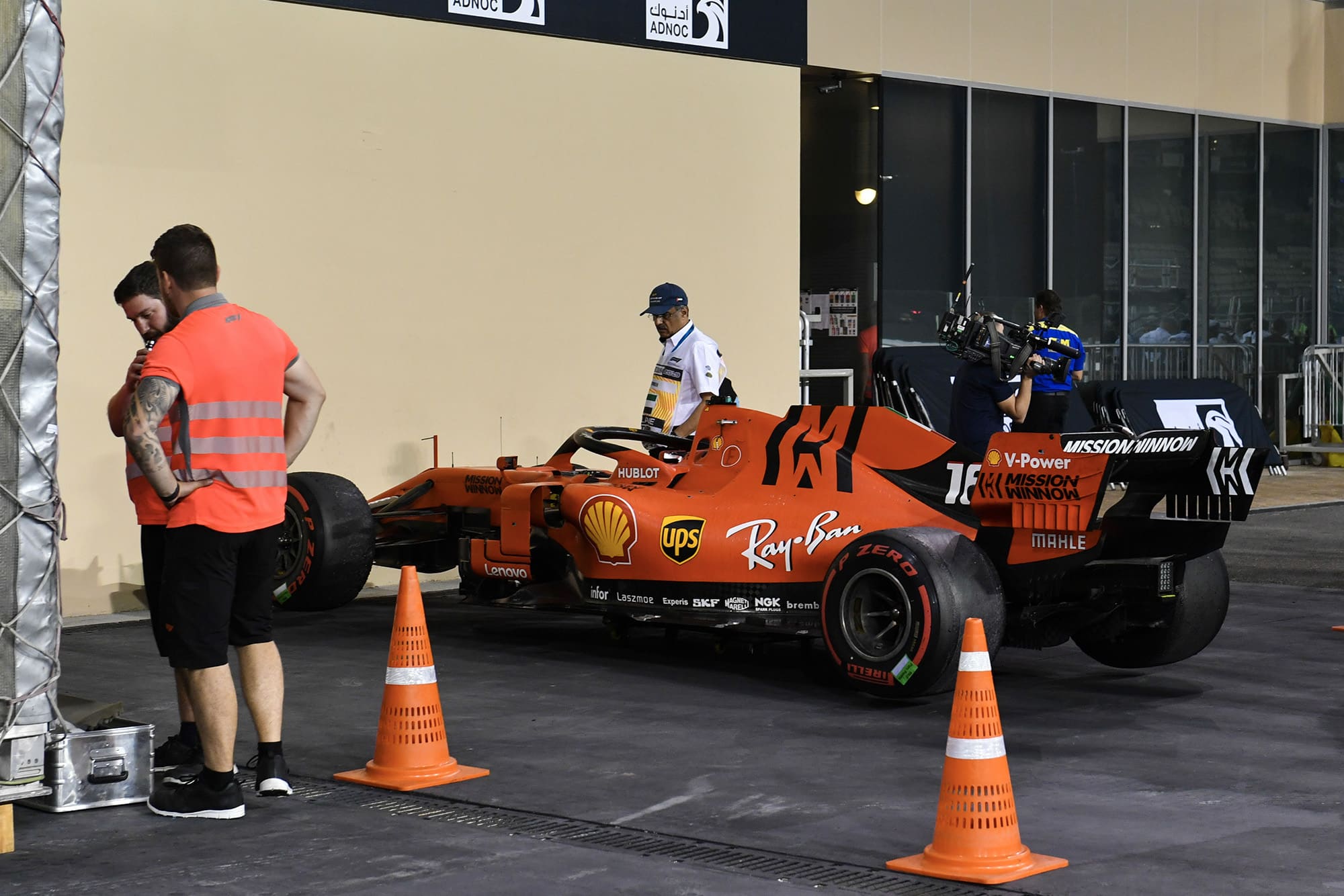 If a team was declaring 100kg and actually putting in 105kg, how much more power would that 5kg be worth over a race? If it was being used to breach the fuel flow limit, it could be worth up to around 0.5sec on any individual lap minus the weight penalty (which for 5kg would be an initial 0.15sec or thereabouts), so 0.35sec per lap early in the race, but almost 0.5sec per lap later in the race as the fuel load comes down. But it couldn’t be used for every lap, not while staying within the 110kg limit. An extra 5kg might be worth in the order of 10-15sec of race time. It would be of that magnitude. But pretty much all of that 0.5sec/lap advantage could be used in qualifying where there are no total usage concerns and only a small weight penalty from the near-empty tank.

But, you might say, the FIA knows how much fuel is being used in live time during the race so the system couldn’t be cheated. Well, if a team was cheating the fuel flow sensor, yes the FIA could spot it by comparing the estimate of fuel-used with the estimate inferred from the difference in weight before and after the race. BUT, not if you’d declared a pre-race fuel-weight less than the actual weight. Then all would look perfectly ok.”

Ferrari’s Mattia Binotto points out that the team has been pre-race weight-checked ‘about 10 times this year’ and always found to be in full compliance with its declaration. What happened in Abu Dhabi was a simple error, he insists. Without proof, anything else is speculation. But it’s easy to understand the suspicions of Ferrari’s rivals. 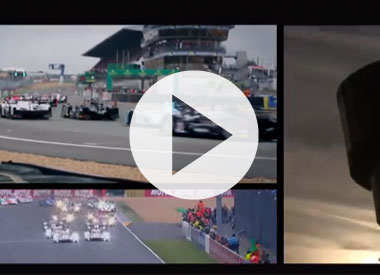 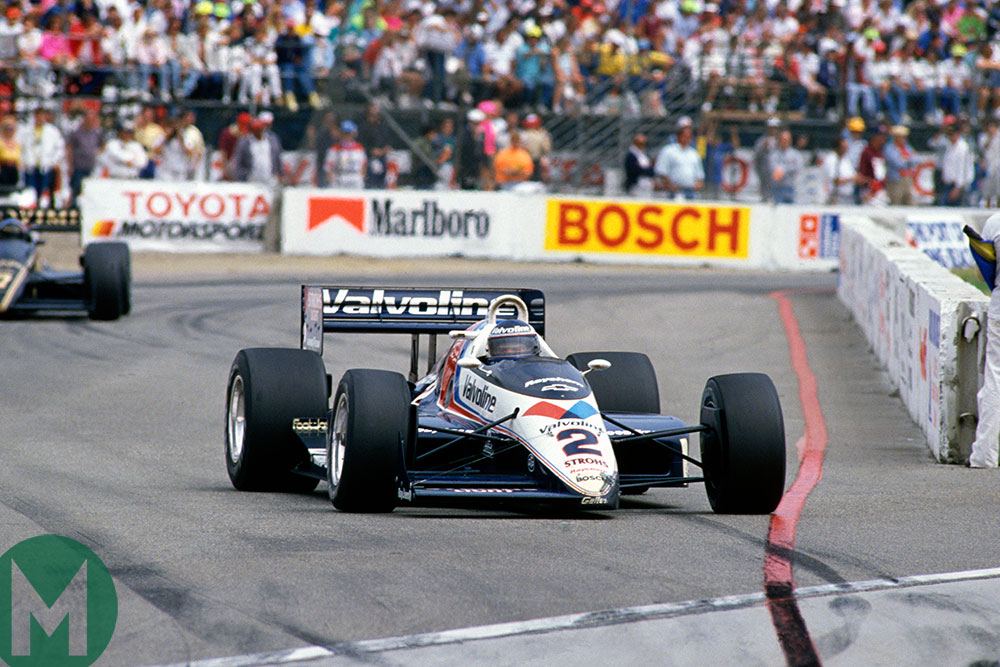 Thirty years on relive a notorious altercation in Indycar that proved a watershed moment for Al Unser Jr The Unsers and Andrettis are America's two most famous racing dynasties, and their… 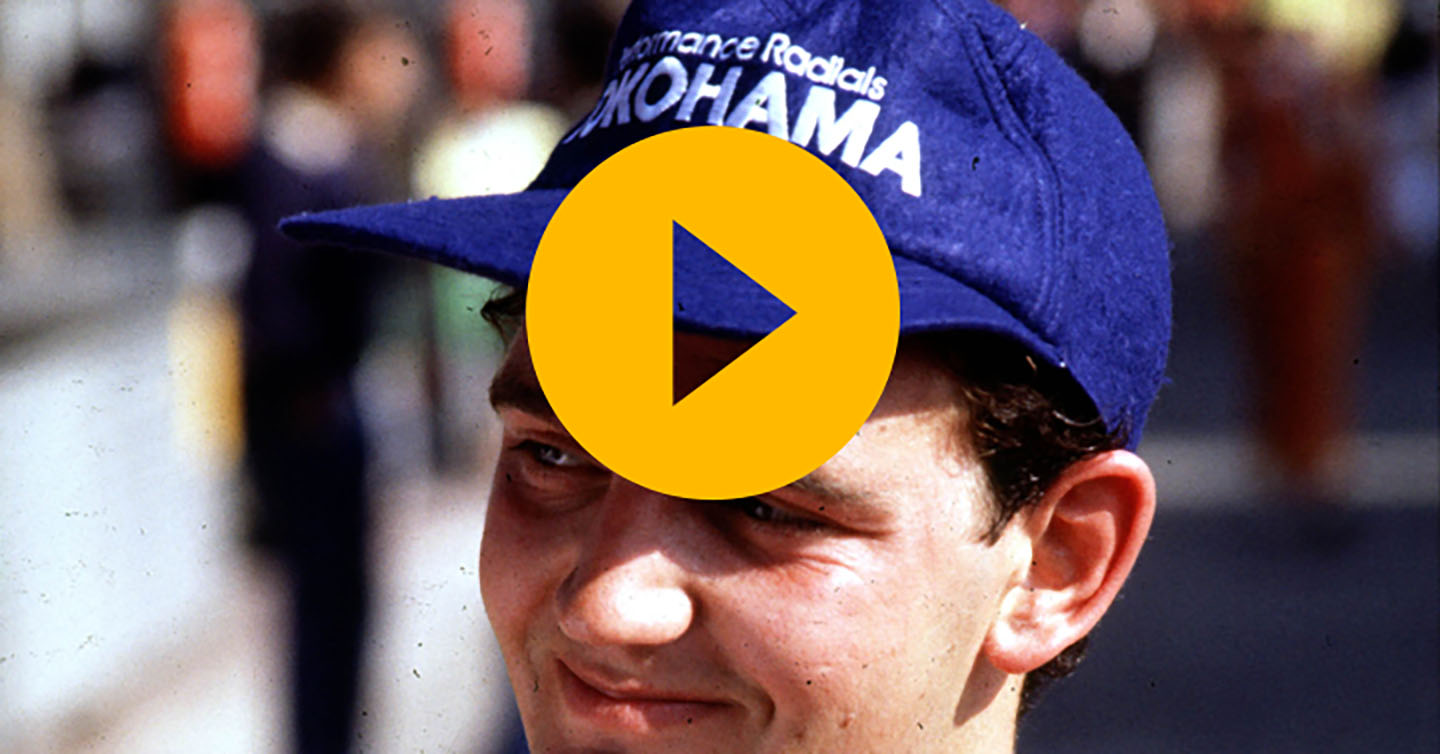 Tommy Byrne is arguably the greatest lost talent of motor racing. He briefly got to Formula 1 with Theodore in 1982, but after a falling out with the team, his top-line… 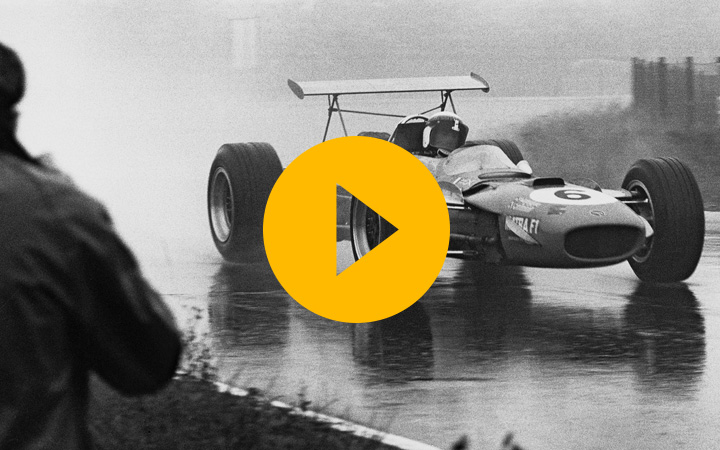