Taken from the May 1997 issue of Motor Sport

In a book shop the other day, I noticed by chance a volume on the life and, for want of a better word, works of Mark Thatcher (no, please, stay tuned, I have a good reason for bringing this up). Any mention of the son of the former PM always puts me in mind of Carlos Reutemann and the 1981 Caesar’s Palace Grand Prix. Sad for Carlos, I know, but it can’t helped. 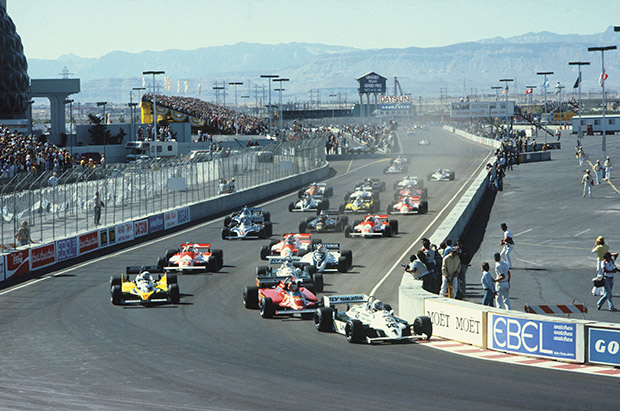 After that race, Thatcher was at his most self-important, which was very self-important indeed. Earlier in the week I had encountered him one evening in a liquor store, surrounded by the security people for whom I hoped you and I were not paying, and now here he was again, NBC microphone in hand, elbowing ordinary humans out of the way as he sought to get to Alan Jones, who had won.

At that point in his life, Thatcher was dabbling with motor racing, and if he invariably came across as a man of quite breathtaking charmlessness, this was no deterrent to certain grandees of the paddock, who fawned over him without shame. Anyway, here was Thatcher, TV crew in tow, fronting up to Jones. “Were tyres very important in the race today?” he gravely intoned, and Alan, God bless him, didn’t let us down. “Oh, absolutely,” he replied, deadpan. “They kept the wheels from touching the ground…” 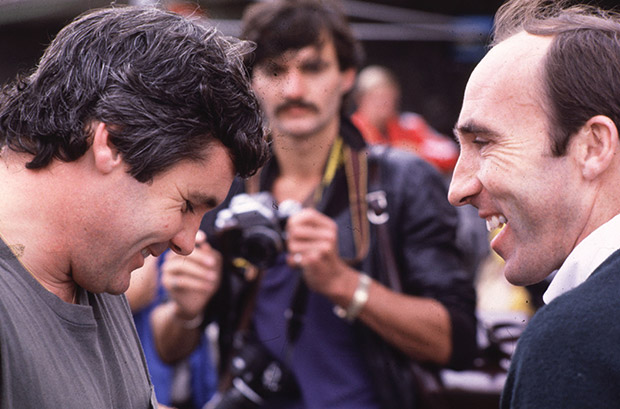 It was a sublime end to a perfect day for Jones. Although he later went back on his decision, this was supposedly his last Grand Prix, and everyone dreams of going out a winner. The cherry on the cake was that Reutemann, his Williams team-mate, had lost the World Championship to Brabham’s Nelson Piquet.

If Alan had little time for Nelson, he had none at all for Carlos. And that afternoon Vegas, where winning is all, preened over one Williams driver, and spat the other away. While Jones took the plaudits, Reutemann quietly packed his gear and slipped away.

Carlos had been electrifying in practice, giving free range to that flair and deftness always apparent when the right mood was on him, and setting a time in the opening session which no one was to equal. He exuded confidence and good humour, and evident, too, was that exaggerated languor indicative of Reutemann at his most dangerous. 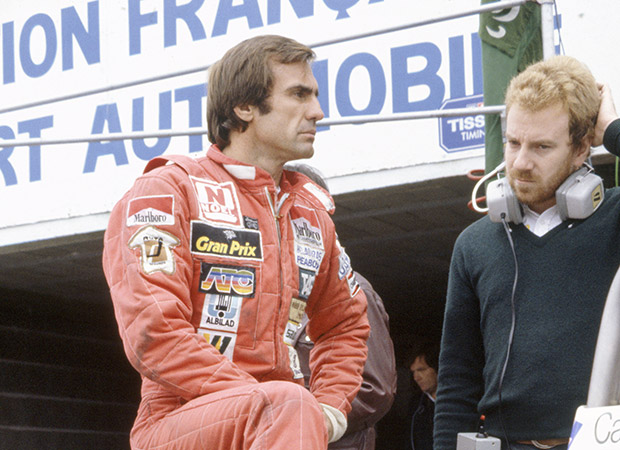 He had a one point lead over Piquet, and thus, to take the title, needed only to finish ahead of him. The exhausting nature of the circuit and the torpid conditions, too, should have worked to his advantage, for his stamina was exceptional, and Nelson, if truth be told, was perilously unfit. “I think Carlos is going to be World Champion,” Gilles Villeneuve commented, “because he’s so much stronger than Piquet.”

On lap 17, though, the Brabham got ahead of the Williams, and there it stayed. “He made it easy for me,” a bemused Piquet said afterwards. “Braked early, left the door open…”

Later Reutemann mumbled about understeer and gearchange problems, but in truth he drove as if in a trance. Whatever may have been awry with the Williams, how could a man on pole position, touching the hem of the title, have been down to fifth after the first lap, to seventh by the third? It was as close to Greek tragedy as I have seen in motor racing. 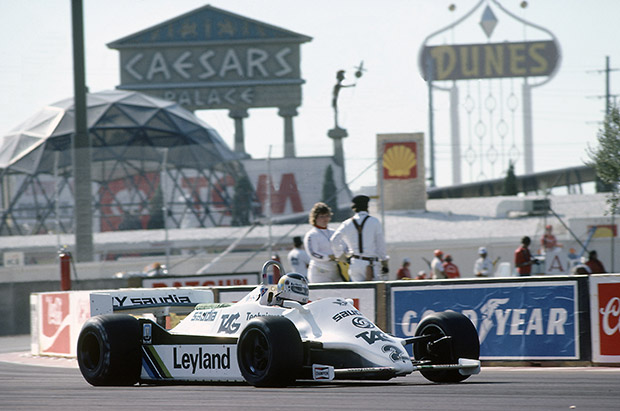 Ultimately Piquet finished fifth, scoring the two points he needed, and Reutemann eighth, but even in the last couple of minutes the championship could have gone Carlos’s way, for Nelson was so exhausted he could not have completed another lap.

If Reutemann had no one but himself to blame, still I felt sympathy for a driver I had always admired, a man I had always liked. But that evening I encountered for the first time the brutal mentality we now take almost for granted. Why, one of the younger drivers asked, hadn’t Reutemann simply put Piquet in the wall?

I argued that Carlos would never contemplate anything of the kind, that this was someone who had integrity. “Who’ll remember that?” the brat scoffed. “Piquet had to get past him – all he had to do was put him off, and he was World Champion! No one could have proved anything.” 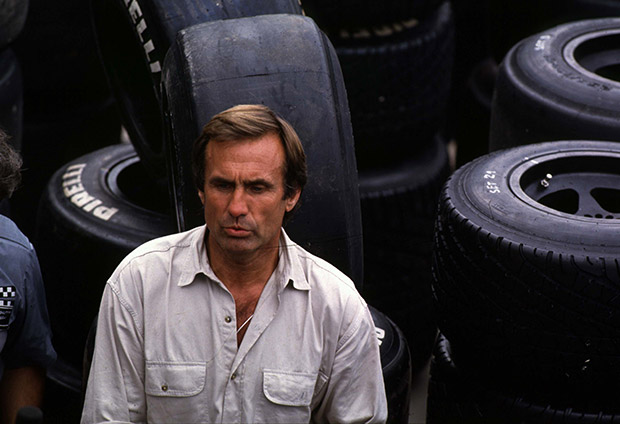 When next I saw Reutemann, I mentioned it to him, and he, too, was shocked. To win a title like that, he said, wouldn’t have been winning anything. No one would have known, the other driver had said. “I would have known,” said Carlos.

Through most of that 1981 season, he had driven wonderfully, and I thought him well worthy of the World Championship. By the time of the British GP, he had 17 points over anyone else, yet it was at Silverstone that I began to detect the return of the flawed confidence that was always Carlos’s major shortcoming. “Six races left,” he mused. “A long way to go…” But everything, I pointed out, was going well for him. “Hmmm, I know. Too well, in fact, and that worries me. To be honest, I feel a little bit alone.” 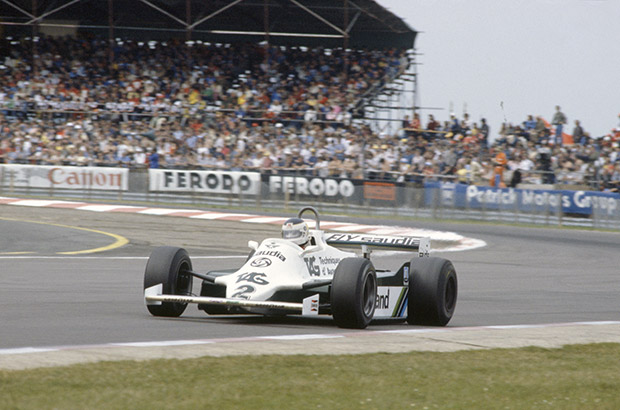 The Williams motorhome was not a place of calm that summer. It was rare to find Jones and Reutemann in there together, and if you did, chances were they were sitting far apart. This had its roots in a rainy day in Rio at the beginning of the season. Carlos had joined Williams as the number two, but in Brazil he had led all the way, Alan awaiting an invitation to pass which never came. Afterwards Jones was livid, and, given the terms of Reutemann’s contract, he had good cause. “Jones had reason to be upset,” Carlos agreed. “I saw the pit signal three laps from the end, and I knew the terms of the contract. But I always started every race with the intention of winning it and now I was being asked to give it away. ‘If I do that,’ I thought to myself, ‘I stop the car here and now, and leave immediately for my farm in Argentina. Finish’.”

You could see his point, but you could see Alan’s, too. And if you liked both men, as I did, your predicament was very real when you braved the icy portals of the motorhome. “In terms of equipment we gave Carlos exactly the same as Alan,” Frank Williams says now. “But Carlos needed more psychological support than most drivers, and I’ll admit that we didn’t appreciate that sufficiently.” 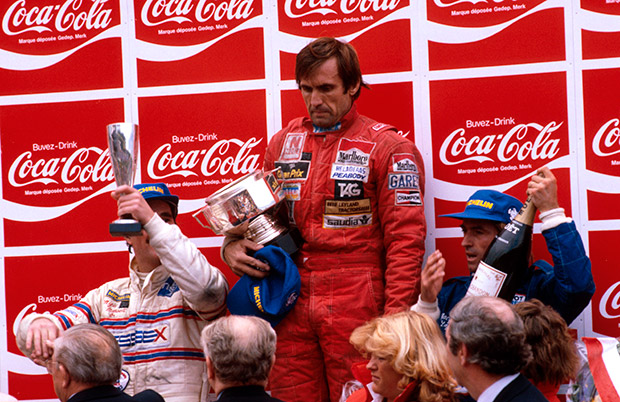 After Silverstone, Reutemann’s season began to unravel. At Monza, he qualified over a second faster than Jones, but in the race it rained, and he trailed in well adrift of his team-mate. In Montreal, also wet, he was nowhere, and thus we came to Vegas.

Such a complex and enigmatic man, Carlos. On his day, he was as good in a racing car as anyone I have ever seen, but too often he squandered his gift, fell prey to the mind games he played with himself. Perhaps his happiest season was with Ferrari in 1978, when Villeneuve was his team-mate. “I like Gilles, and I envy him so much,” he once said to me, “because he really belongs here, in a Formula 1 paddock.” Two years ago, before practice for the Argentine GP, Reutemann, now 53, took to the track once more, in a Ferrari 412T. It was a demonstration, nothing more, but his best lap was actually the 11th fastest of the day. 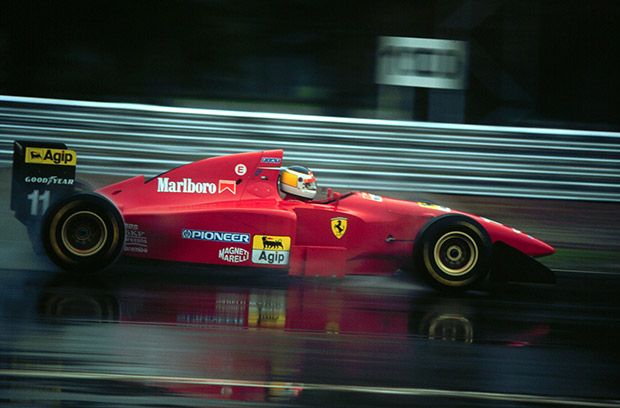 “Give him a bit of time and he’d qualify in the top 10, no problem,” said Bernie Ecclestone. “It’s the old thing: if you can do it, you never lose it. And he really could do it.”

So he undoubtedly could. When the mood took him.

Click here to read more on the history of Formula 1