It’s 10 minutes before Friday afternoon’s free practice session and the marshals up at the final chicane are having a kick-about. On this showing, you can see why the Germans have just knocked the Spanish off their perch as the number one nation in European football… Inevitably, the ball is kicked over the debris fence and on to the track, inspiring cheers from the fans in the stands. 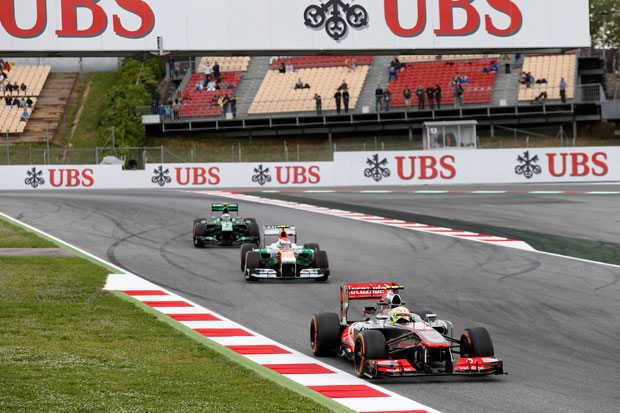 Soon the real action begins. The morning session had been mostly wet, only drying out in the final few minutes. With ‘prototype’ Pirellis to sample and a new ‘hard’ compound to learn for the race, the hour and a half of FP2 will be critical to every team. Sure enough, the track is soon packed – which makes a refreshing change.

One of the best privileges of this job is being granted a tabard to go ‘trackside’ at Grands Prix. The Circuit de Catalunya is no Spa, but it’s an underrated place to watch Formula 1 cars. Wandering around the service roads on the inside of the track offers great views of the F1 drivers at work, in a mixture of slow, medium and fast corners. Well, one fast corner at least.

Stand on the inside of the chicane, and watch the drivers’ hands as they flick left on entry, then scrabble for grip on the way out of the right-hander. It’s not a patch on the super-quick old layout pre-chicane, but it does offer a great close-up perspective.

Turn around and there’s the tight Turn 10 hairpin. Stroll round to its braking point and the violence of an F1 car with the anchors dropped takes your breath away. The 2.4 V8s sound like a bag of nails as the cars search for the apex, then engine maps immediately clear their throats as the power snaps on. The Marussias and Caterhams scrabble to clip the inside kerb.

Walking against the flow down the back straight towards Turn 9 is proof there’s nothing soft about wearing ear-plugs when standing near F1 cars at full chat. I’ve forgotten mine, and as I write a couple of hours later, my head still feels fuzzy.

Turn 9 is the only really quick corner at this circuit that drivers and engineers like to describe as ‘technical’. On the other side of the track, a large grassy bank is peppered with spectators soaking up the rays and what must be a terrific view of the bend – not to mention the pleasant backdrop of cloud-covered hills beyond Montmelo.

Kimi Räikkönen looks good through here, his Lotus running out over the kerbs on the exit, his Renault engine zinging with alacrity as he zips towards that Turn 10 braking zone.

Walk a little further and there’s the medium-speed Turn 7 followed immediately by the tricky-looking kink of Turn 8. Alonso carries bundles of speed on the way in and shoots up the hill, taking a chunk of rumble strip and Astroturf on the way.

From here, it’s a short step to cross to the long start/finish straight, and my ears sting again with each passing car. Down to the first turn, then up against the fence for the outside of Turn 2, which feeds into the long Turn 3. Here, Felipe Massa pushes up the inside of Adrian Sutil’s Force India, but is forced to back out as they begin the right-hand sweep. Sutil passed the Ferrari on the approach to Turn 1 and he’s not about to cede track position. 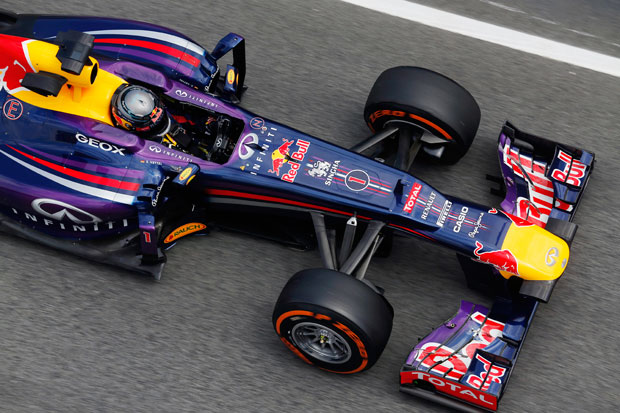 From every vantage point, the Red Bulls have looked unremarkable, and yet there they are, at the sharp end of the time sheets, Sebastian Vettel ahead of Mark Webber – albeit split by local hero Alonso. Just 0.083sec covers the top three, with Räikkönen fourth, two-tenths off Vettel’s 1min 22.808sec best. Massa is fifth ahead of the Mercedes pair, Lewis Hamilton eclipsing Nico Rosberg. 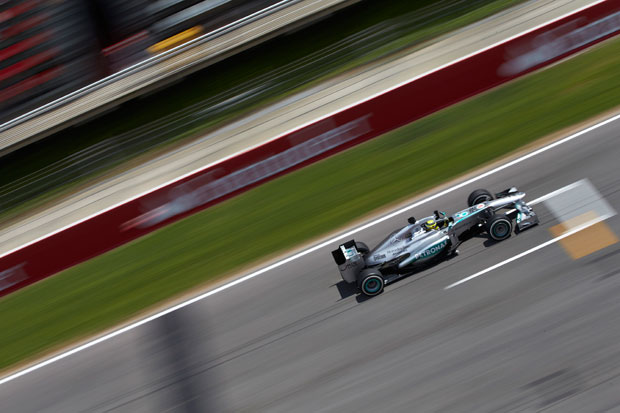 And what of McLaren, the team that yearns for the biggest gain from this weekend? Jenson Button and Sergio Perez are 12th and 13th. Work still to do.

Between the first and second sessions, sporting director Sam Michael talks us through the updates McLaren has brought this weekend – in the most vague terms he can muster, of course.

“There are obvious visual things like new bodywork and rear wing, you can see that straight away,” says the Aussie. “We do have a test front wing too. You can see the front edge of the sidepod has changed, and there are a few other bits and pieces, including suspension changes.”

He’s pressed to pinpoint the main area of the car’s design that must be improved. But come on – he’s not about to tell us… “A bit of everything,” he deadpans. “Even though people focus on the visual things, but there are a lot of things going on in the background that make a big change as well. We’ve had a very good idea what the problem is, but solving it is part two of that. We know exactly what to concentrate on.

“We finished sixth in the last race, so we don’t expect in the current competition to go from sixth to the front row in one race.”

On the evidence of Friday, that’s just as well.

Later on Sebastien Loeb takes his bow in the Porsche Supercup. Last week he was busy winning Rally Argentina, the latest instalment in his WRC part-season assault. This is something else for the nine-time world champion. 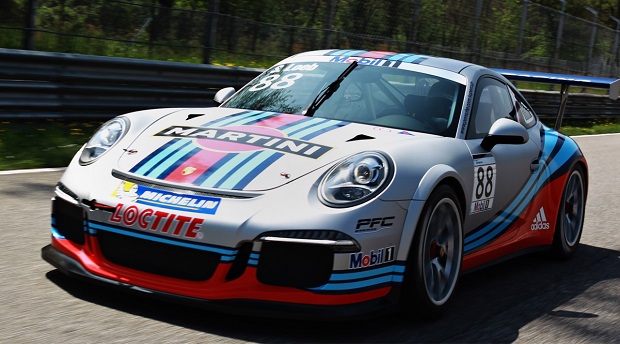 He’s driving one of the new 911 GT3 Cup cars based on the seventh generation of the ubiquitous sports car. He’ll race it here on Sunday morning and again at Monaco, as part of the 911’s 50th anniversary celebrations. Fittingly, his car carries the same fantastic Martini colour scheme made famous by the 1973 RSR Turbo – as seen on the cover of Motor Sport this month.

It’s not quite as dramatic as the ‘whale-tail’ classic, but the large rear wing on spindly stalks offers a suitable modern comparison. But the Cup is a specialist world, as Loeb knows only too well, having tested the car at Monza for two days. “It takes a little bit of time to get used to,” he admits. “It’s completely different from rallying…”

Even with his recent GT experience, this is a tough series to step into and he can only manage 16th in practice. Quite respectable, actually – but for this great all-rounder, that won’t be up to scratch. He’ll expect more from qualifying tomorrow.