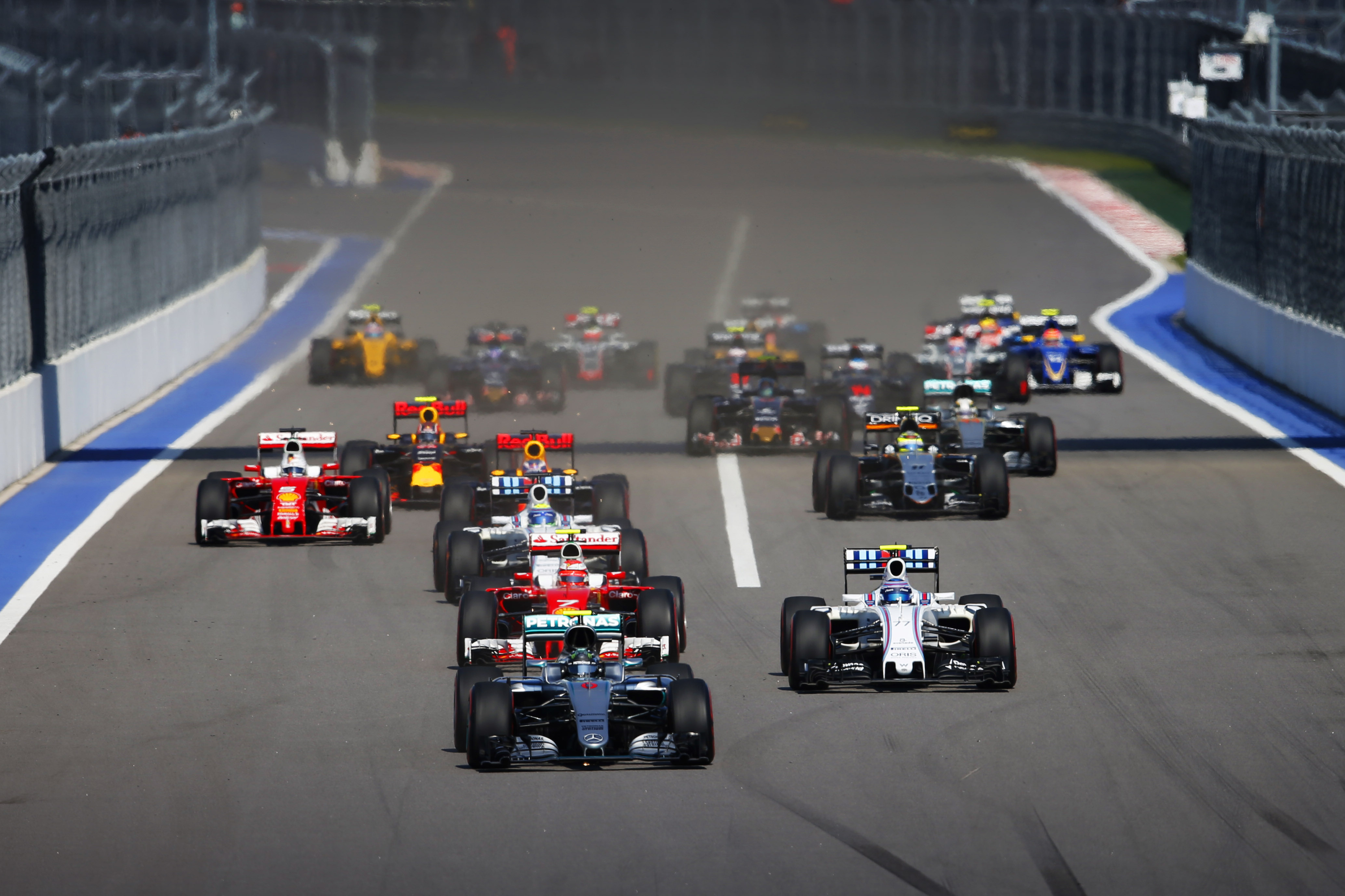 1) Nico Rosberg’s victory was his seventh in a row, and fourth of 2016. The run is the equal second-longest in Formula 1 history. He’s also the fourth driver to win the opening four races of a season.

2) Lewis Hamilton raced with the same engine he used in Melbourne following a repeat of the MGU-h issue he encountered in Shanghai. 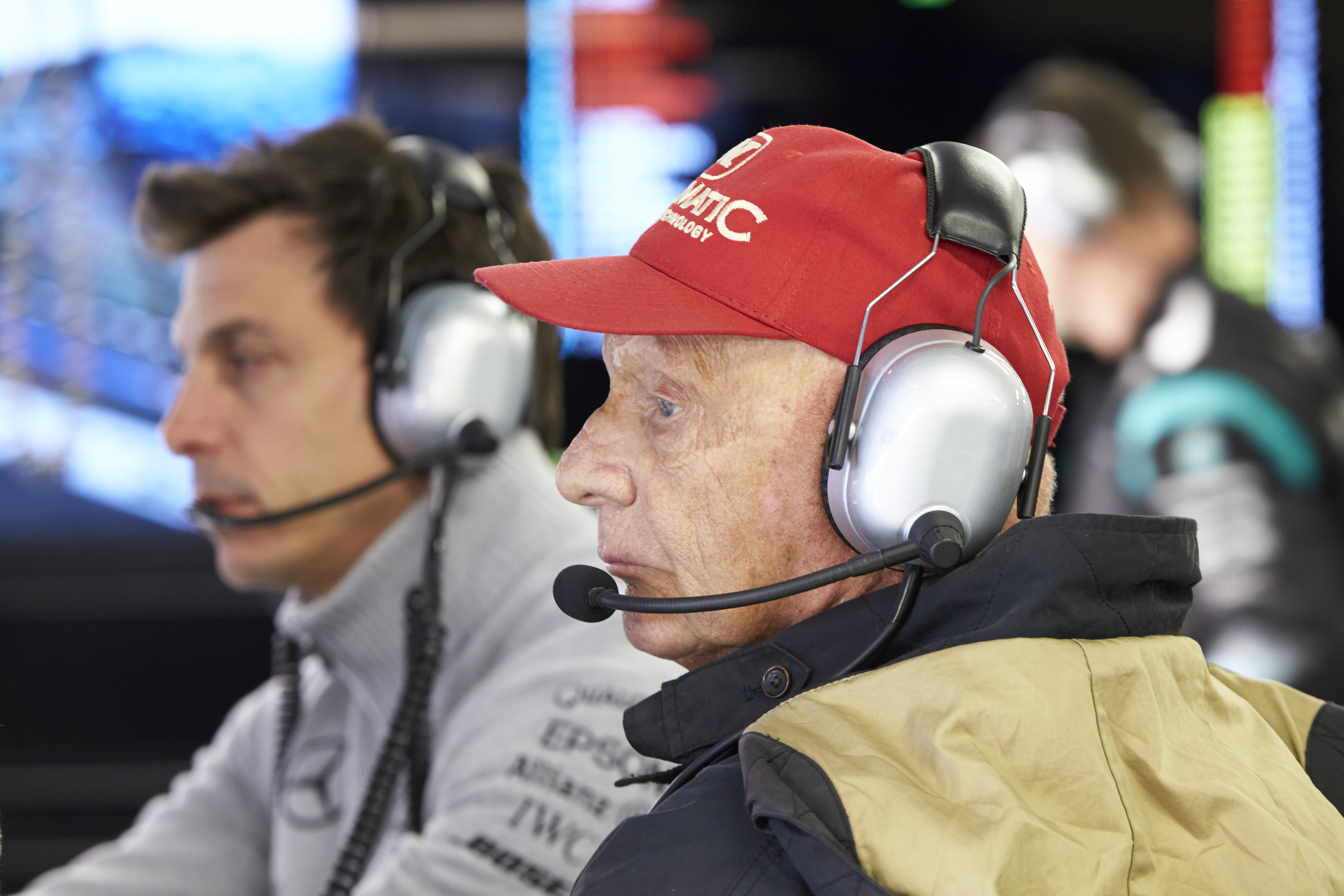 4) Rosberg qualified on pole, half a second clear of Sebastian Vettel.

5) Valtteri Bottas was promoted to the front row thanks to Vettel’s five-place grid penalty owing to a gearbox problem.

6) McLaren edged closer to Q3, Jenson Button missing out by 0.01s. It was the first time he has outqualified a team-mate in 2016. 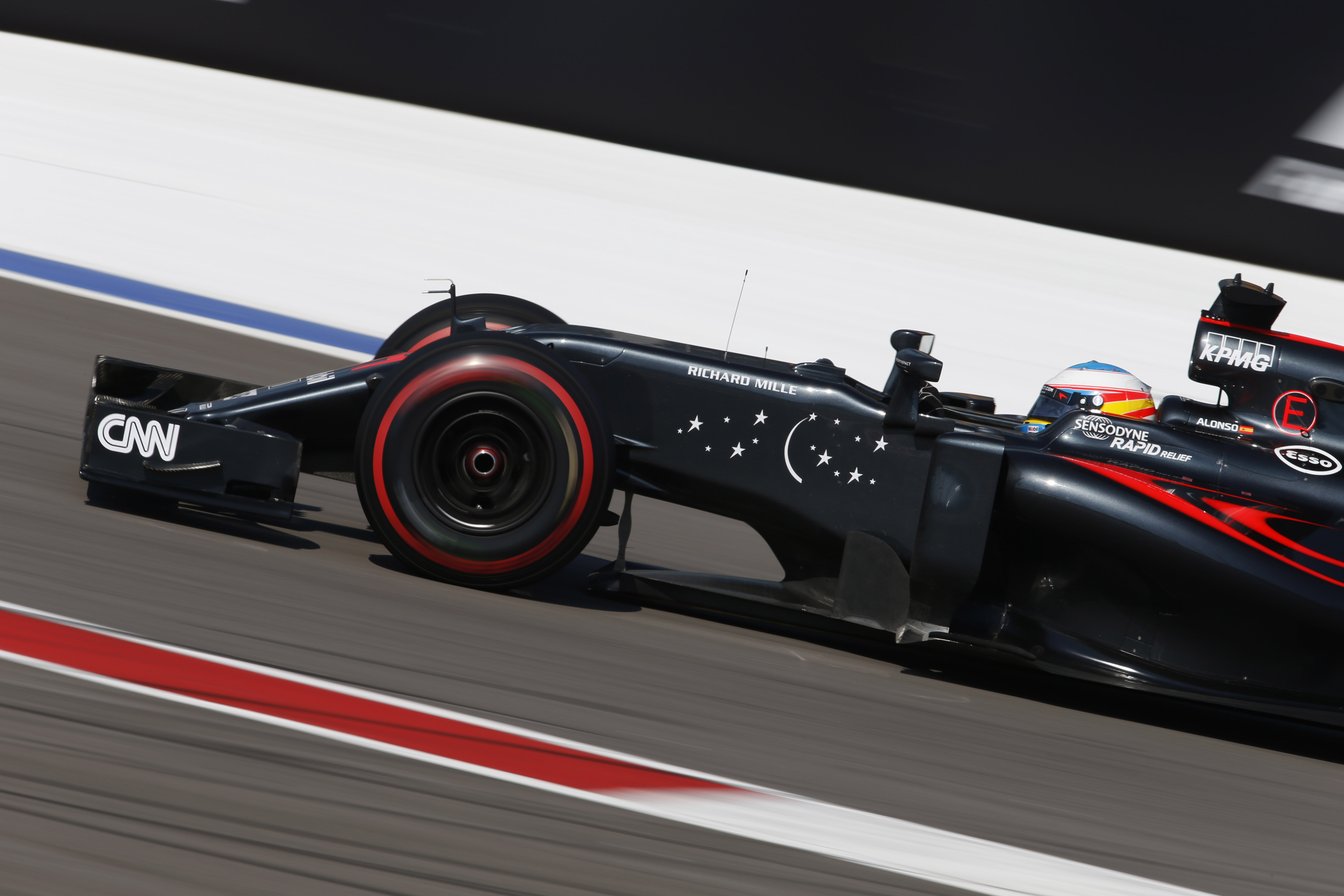 7) Jolyon Palmer‘s Renault was fitted with a new floor and instantly improved, but he still fell short of making it out of Q1. Team-mate Kevin Magnussen also missed out on Q1, but beat Palmer by 0.1s.

9) Daniil Kvyat and Vettel were involved together early on in the race (again), with Kvyat hitting Vettel twice. The first nudged Vettel into Kvyat’s Red Bull team-mate, Daniel Ricciardo, the second spun the German out of the race. 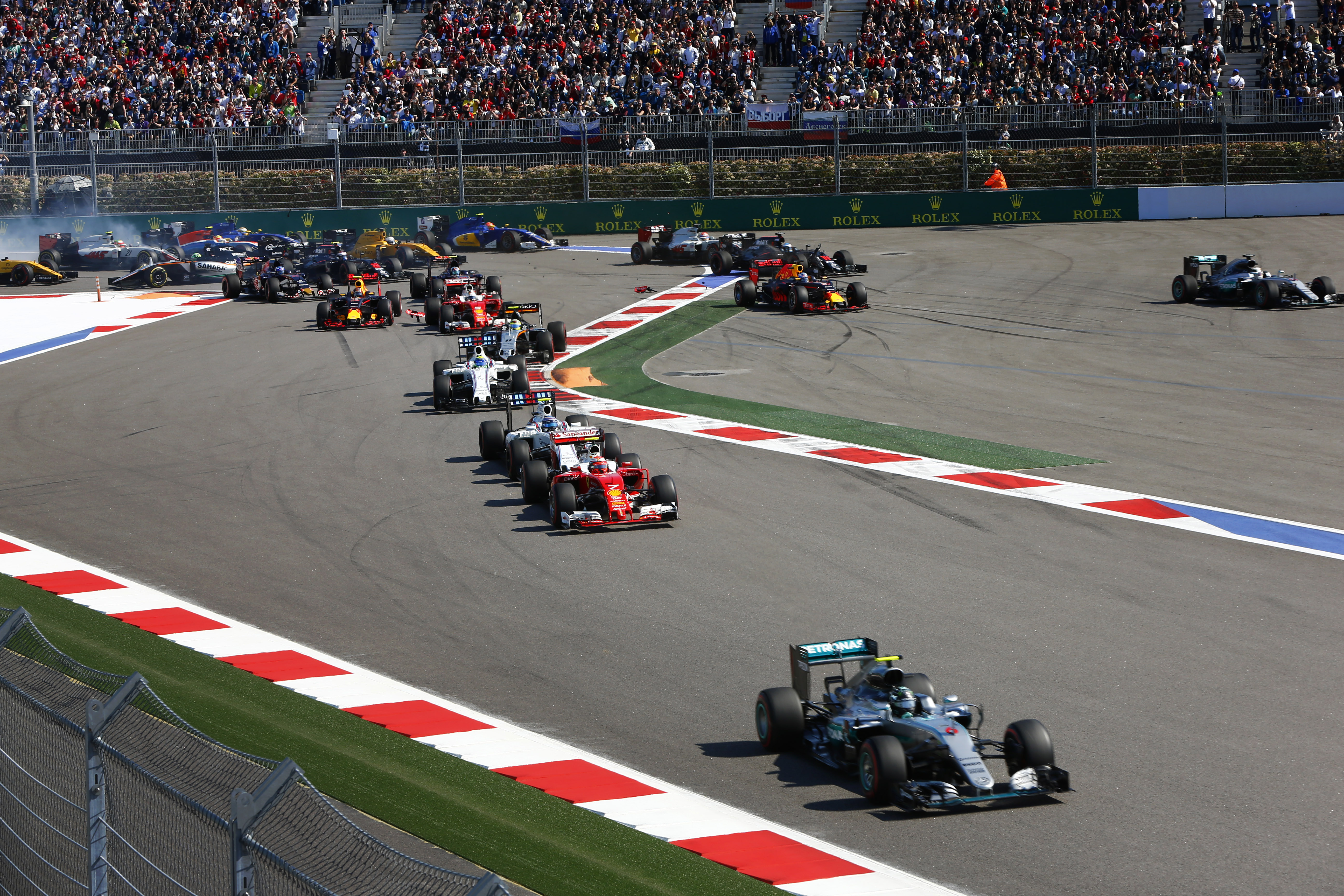 10) A new bollard was introduced to stop cars from gaining an advantage by cutting across the turn two run-off. Hamilton, Verstappen, Alonso and Romain Grosjean all complied avoiding the Kvyat/Vettel/Ricciardo contact.

11) There was early contact in the pack, when Esteban Gutiérrez hit Nico Hülkenberg, who was then collected by Rio Haryanto. Both Hülkenberg and Haryanto retired.

12) With Vettel in the barrier, the Virtual Safety Car was used before the safety car itself was scrambled. 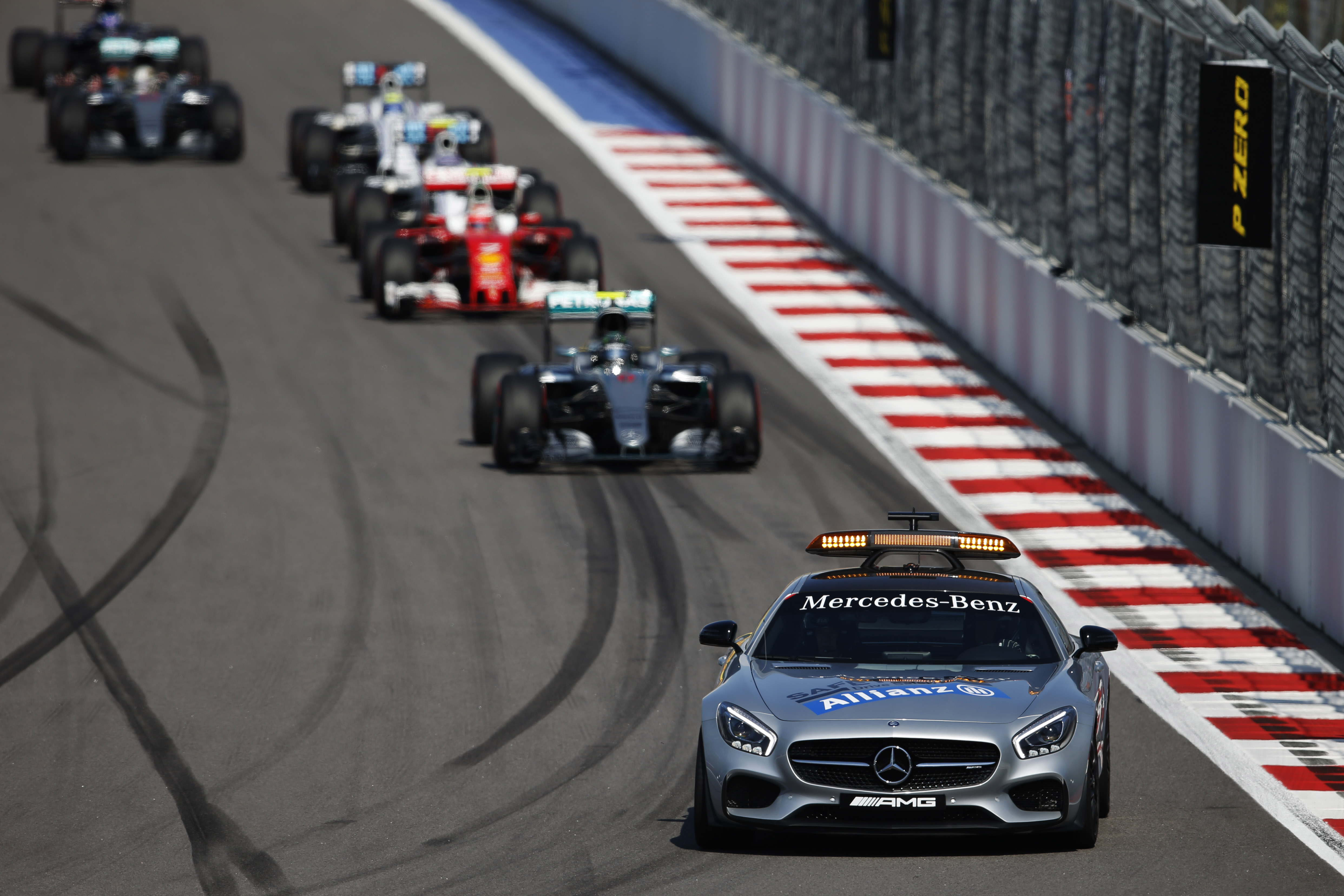 13) Once the race resumed, Bottas, Kimi Räikkönen and Hamilton were in close formation vying over second. Bottas pitted first, but lost out to both: to Hamilton on the road, to Räikkönen in the pits.

15) Felipe Massa, fifth, had a lonely afternoon, enough to stop late on for fresh rubber without losing a position.

16) Hamilton closed to within 10s of the leading Rosberg, before falling water pressure forced him to back off. This stretched Rosberg’s eventual victory margin to more than 25s.

17) The 2016 Russian Grand Prix was the first time Rosberg claimed a full house of pole-position, race win and fastest lap.

18) The gap between the top two in the championship now stands at 42 points.

19) McLaren scored points with both cars for the first time in 2016, while Williams‘ healthy points haul moves them to within six points of the third-placed Red Bull Racing. 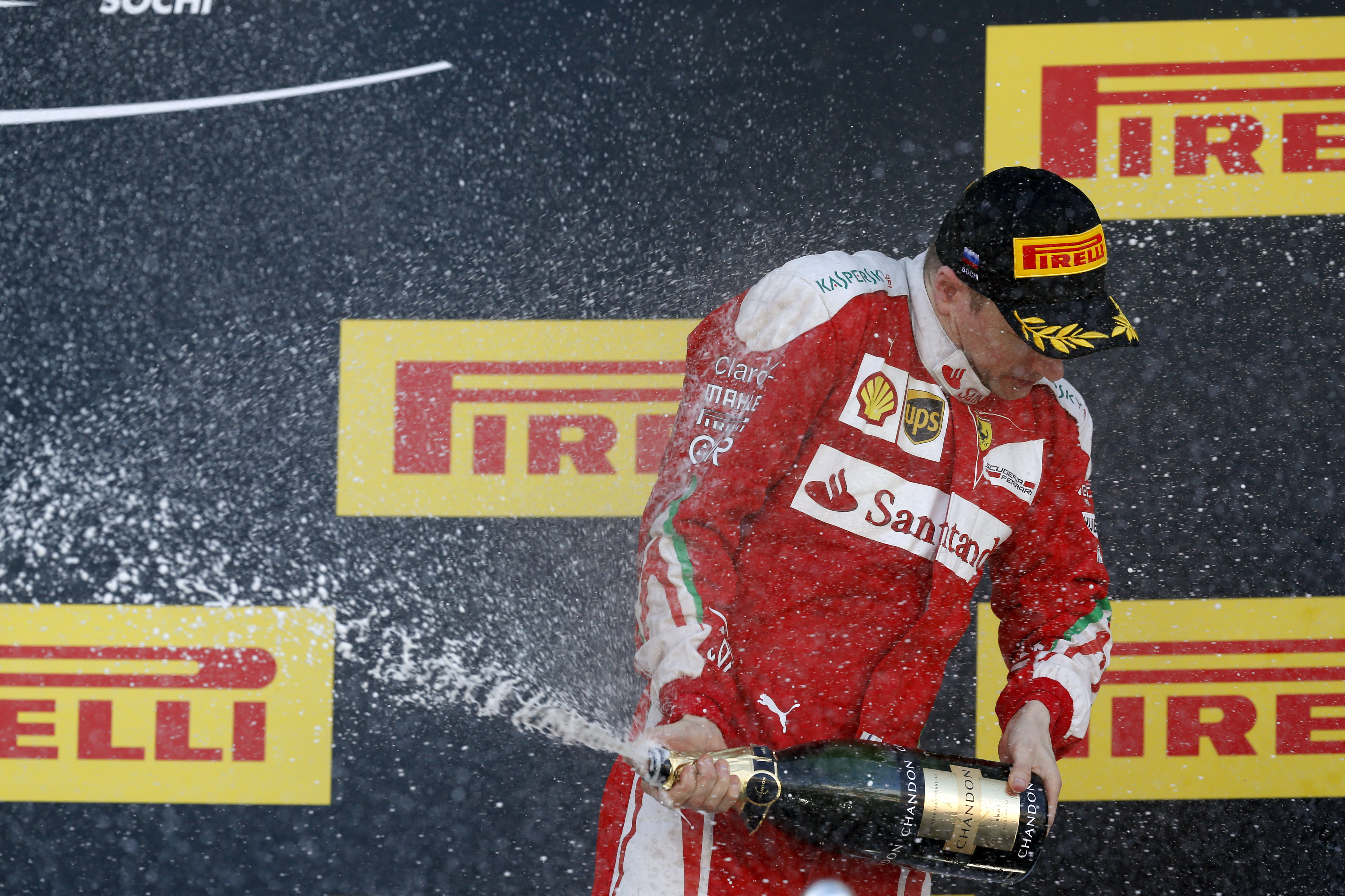