While in Daytona recently for the Rolex 24 sports car race, I sat down for an hour or so with Anthony Davidson to talk through prospects for the forthcoming Formula 1 season. The piece will appear in the next issue of Motor Sport, but we also discussed other aspects, notably the rule change concerning DRS, as well as the phenomenon of the ‘blown floor’, which has played such a crucial role in the race results of the recent past.

Davidson, making his return to racing after his monumental accident at Le Mans last June, is now a couple of centimetres shorter than he used to be – “Not surprising when you consider that there’s only 30 per cent left of one of my vertebrae!” – but said he was delighted to be racing again. In 2013 he will again drive for Toyota in the World Endurance Championship, while continuing to work for Sky at the Grands Prix.

When I asked Anthony – if he were betting now, before the first pre-season test session of the year – where he would put his money for the World Championship, his response was instant: “Sebastian Vettel”. 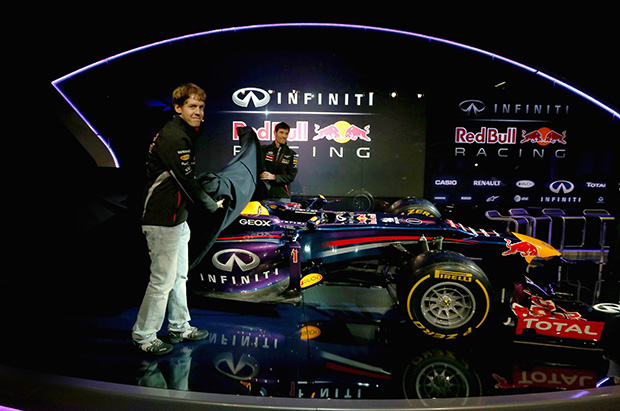 Given that Vettel has won the title for the last three years, it wasn’t necessarily the answer some of us might have wished to hear, but Anthony was confident in his prediction.

“Why do I say Vettel? If we were sitting here a year from now, I’d be saying the World Championship was wide open, because in 2014 the cars’ll be completely different, with the new turbo engine and so on – and, of course, no blown floor. For this year, though, the rules stay virtually the same, and given the fact that you can still blow the floor – which is such a tricky thing for the engineers to do – I think there’s no way Vettel will lose. You can still have quite a powerful blown diffuser – and as I see it, Adrian Newey and Red Bull are the masters at designing it, and Vettel’s the master of driving it.”

Davidson may no longer drive in F1, but he remains well up to speed with the evolution of the cars, having spent many an hour in the Mercedes team’s simulator. “It actually requires quite a different skill to drive with a blown floor,” he said. “If you look at the difference between the start of last year, when the rules had changed, and the teams were pretty much without it – and trying to find ways of getting it back again – Mark (Webber) more than held his own against Vettel, but as the season went on Red Bull found the secret again, and Sebastian was off on his own.” 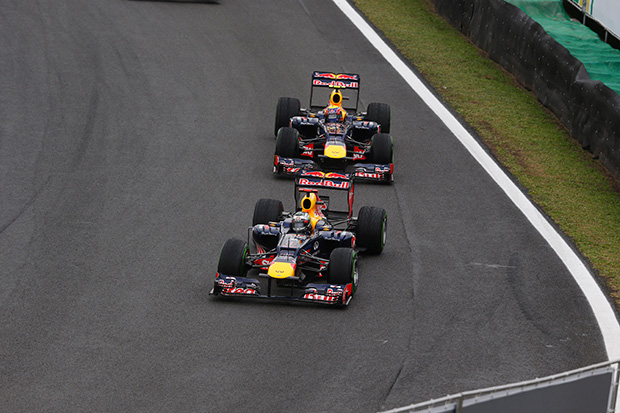 How different, I wondered, was the driving technique required with a blown floor? “Well, let’s put it this way: if you’ve got low grip at the rear, a downshift is bad news. Think of it in terms of a motorbike: when you brake, and the rear of the bike gets a bit light, the worst thing you want to do at that point is downshift, because it’s going to lock the rear up – and when that happens in a car, obviously you risk spinning.

“Driving with a blown floor, though, when you downshift, it obviously revs the engine more – and with that comes more thrust. Obviously the more thrust that goes through the diffuser, the more grip you have. It’s completely counter-intuitive to a driver – the very opposite of what you would normally do. Just at the moment you’re thinking, ‘I can feel the rear moving about – I haven’t got much grip here – you ask for another downshift, to help you with the grip. The complete opposite of what you’d do instinctively.

“Revving the engine more, blipping it in the middle of corners, anything you can do to keep the engine working – it’s very similar to Senna’s technique in the old turbo days, but even more effective in the situation.

“Why Vettel seems to be better at it than Webber, I don’t really know. Drivers have different styles, don’t they? You think of a great driver from the past like Jim Clark, and think, ‘Would he be as special in a modern F1 car as he was in the ‘60s, when – with no downforce – he was dominant? In the modern era the reason why drivers get to the top is that they’re very good at driving single-seaters with a lot of downforce and peaky power. 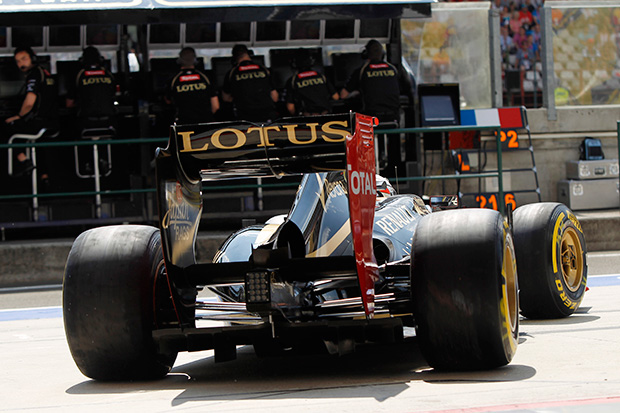 “Different styles suit different cars, don’t they? F1 drivers have got in DTM cars, and made no impression – I tried it, and didn’t get on with it at all, didn’t understand the car. On the other hand, when I jumped in an LMP1 car for the first time, I was instantly bang on the pace, and the older I’ve got, the more I’ve understood that the closer the car feels to being like a kart, the better I am.

“That’s my style – and Vettel’s style obviously suits a blown floor more than some others. The thing creates more downforce – and it’s not dirty downforce, either, where you bolt on downforce and gain loads of drag, losing speed on the straight: in effect, it’s free downforce, and there’s no downside to it at all. And Red Bull has mastered it better than anyone else.”

As the 2012 season wore down, and Vettel went on his winning spree, Fernando Alonso and Lewis Hamilton were both moved to suggest that they were fighting not only Vettel, but also Newey. Some – not least Helmut Marko – roundly condemned them for playing ‘mind games’, as if this were somehow underhand…

“Well, of course they were playing mind games,” chuckled Davidson, “but it was also absolutely true! When you think of other teams, you don’t naturally think of just one person being the key behind their success – but with Red Bull, it always comes down to Adrian Newey, and that’s a fact. Of course there are other design teams there, and aerodynamic changes that Adrian isn’t that involved in, but it’s he who gets the accolades, and that’s not by chance – it must come from somewhere. The guy’s brilliant…” 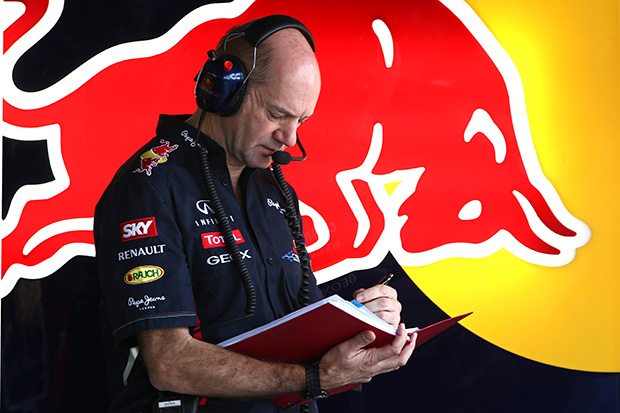 On to the DRS rule change for 2013: previously a driver was allowed to employ DRS wherever he wished during practice and qualifying, which always seemed a touch anomalous to me, given that in the race its use was restricted to a designated part – or parts – of the track. Now the ‘race day’ rule will apply throughout the weekend, and very sensible that seems.

“I’m really pleased that that’s happened,” said Davidson. “When I did my simulator stuff at Mercedes over the last couple of years, I did some work on DRS – and, to be honest, I felt like a one-man band! There was just so much going on, and your whole lap revolved around, ‘How early can I push buttons and controls in the car?’, rather than, ‘How well can I keep this car flowing round the track?’ I really didn’t like it very much – I didn’t like the focus on buttons and switches that could have a dominating effect on your performance.

“I think what the FIA have done is simple common sense. It’s safer, and also more pure – and I’m all for as much purity as possible in F1. Drivers were getting handed data sheets, showing where their team mates were opening the DRS earlier than they were – and how much time that was worth over the lap. I thought, ‘Well, I suppose it’s another skill to have as a driver, but I think, as a purist, I’d rather see him drive a better lap, instead of pressing switches and controls in the car earlier than someone else…’ It always seemed a bit ridiculous that you could use DRS wherever you wanted in practice and qualifying, but only in a particular place in the race.

“I suppose there was a skill in operating DRS as early as possible out a corner, which of course gave you a boost down the following straight – but I thought it was the wrong skill. It’s a hard one to explain because it’s not pure driving, not what anyone else can relate to at all – except maybe kids who play video games: playing a video game is what it feels like. 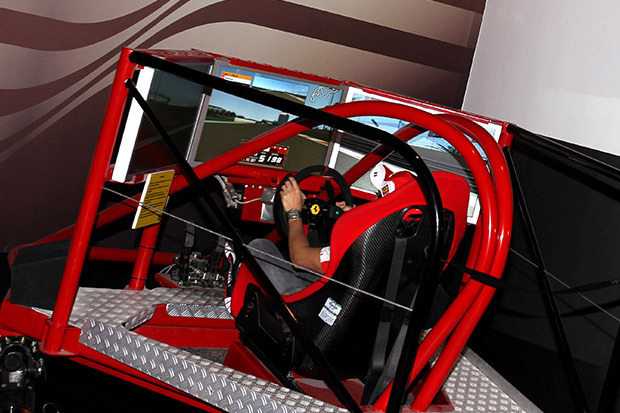 “If you’re going to have that kind of thing on a car, I think it should just be integrated. Same with KERS – why the need to push a button for KERS? Why not have it integrated? That’s brilliant technology, something that lends itself well to a road car – some road cars already have it. And DRS could be the same – after all, it’s not exactly ‘green’ to have a car going down the straight with a bloody great barn door strapped to the back of it, causing huge drag, is it? So let’s have DRS integrated, so that it just speeds the thing up down the straight.

“One problem with both DRS and KERS is that when they kick in, the public – the fans – can’t see it. If there was a light on the car when they were activated, it could be a bit more interesting, but to me DRS has always seemed more like a gimmick than a skill in the car. As I say, pressing buttons all the time, be it for DRS or KERS, really did feel like being a one-man band – and then it came down to cognitive function, rather than driving skill. They’re two very different things. Someone very good on a computer game would have been brilliant with DRS and KERS in a modern F1 car – but to me that’s just not driving.”

“There’s no doubt that DRS has spiced up the racing – but I still believe that the deliberate fragility of the Pirelli tyres is enough to shake things up, and I don’t really think we need DRS…”

Couldn’t agree more. What say you?