The Ginetta is finally unveiled, but could it be a case of déjà vu? 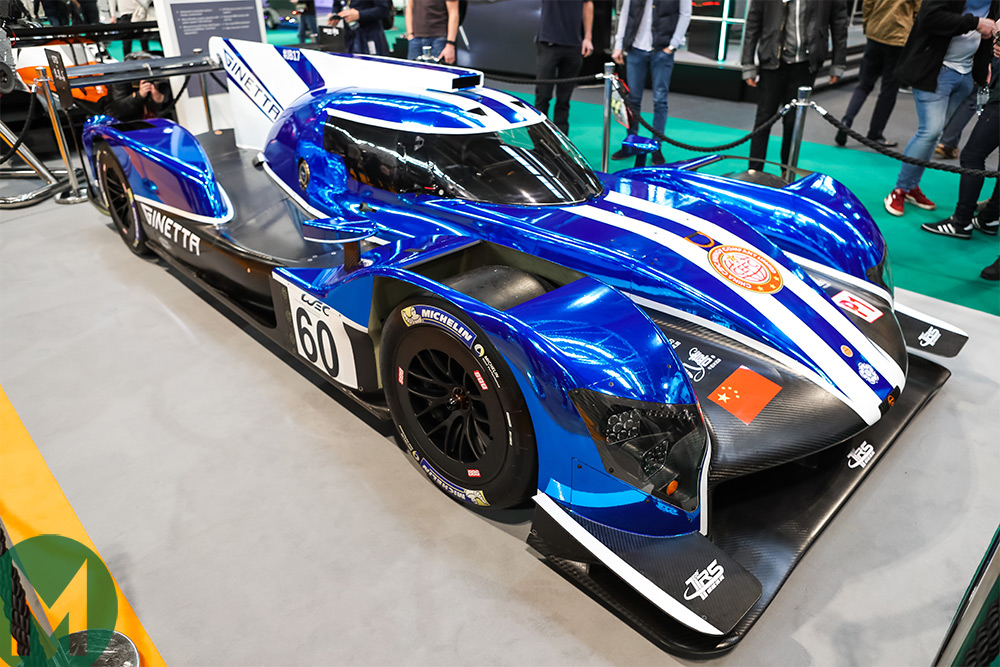 The covers are off the Ginetta LMP1, the second privateer P1 to be revealed as a handful of new cars breathe life into the top tier of the World Endurance Championship.

The Ginetta G60-LT-P1 is as expected, with styling cues from the factories – most obviously Porsche from the front. Often, fans criticise the P1 cars for their looks, but that’s skewed by the simplicity of the years gone by. The Bentley was a rose among thorns, remember. The Group C cars looked superb, but (arguably) not pretty. The 1970s was the zenith, admittedly, but also terrifyingly unsafe.

Regardless, the most important thing about the Ginetta is that it’s finally turning a wheel and heading to a customer.

Lawrence Tomlinson, owner of Ginetta, appeared to be revelling in the interest his new car drew at its Autosport Show International launch. He showed no signs of the pressure that must be weighing on the G60; the company’s last ACO-rules prototype, the LMP3, was blown away by later cars and run out of production. When it launched it was in a class of its own, mainly due to the hurried output from its Yorkshire HQ. But it is now barely seen in LMP3 class racing and development has ceased.

The G60, its bigger brother, was publicly announced 12 months ago and the story has changed little since then – 10 are to be produced, six as race cars, the rest as development mules and spares. One crucial part has changed, though, the timeframe has been adjusted. Continuously. Twelve months ago it was announced that this LMP1 will be on track by August, just after Le Mans. Then, in November last year, it was expected to be on track in December instead. Now, the shakedown is expected any day now. Worrying? If the LMP3 is anything to go by then yes, possibly.

But Tomlinson, as you’d expect, appears undeterred and is insisting this time around it’s different. Instead the delay has been a conscious decision that may reap rewards.

“The LMP3 regulations weren’t formalised until really late,” he says. “We had only nine months before the first race. This has been a totally different development programme. This car is much more highly technical.

“We decided to do more CFD and wind-tunnel testing on the car because we were continually getting good gains. We got to a position where the gains were still strong, so we did two more wind tunnel session, both a week long. So rather than have the car on track in September or October, we decided to do that. There’s still plenty of time to test before the first race, we have the Prologue in April but the first race isn’t until May.”

Just one team has officially signed up – Manor TRS – which is surely less than expected by this point. But Tomlinson expects interest to ramp up now the new Ginetta has been seen in the flesh, and another team is due to be announced soon. It’s a million-pound-plus car, he points out, and that’s a lot of money to put down for an unseen machine.

The ‘superseason’ has bought Ginetta some time – the 14-month campaign starts a month later than the WEC’s usual April opener at Silverstone. Instead it’s just the Prologue that first week of April, still a month from Spa’s ‘Six Hours of’.

“You want it to be right at the last possible time because, otherwise, you’ve wasted time you could have spent developing the aero.

“When the car first hits the track we all know there will be glitches to sort out and we’ll be supporting Manor. It’s a two-way street.”

Revealing the car, he made reference to Toyota’s record-breaking pole lap at Le Mans and that being the performance they’re aiming at. An overall win is up for grabs, after all, which he pointed out.

That could simply have been unfettered bravado, but there could well be other time obstacles in the way before Le Mans – in just 21 weeks’ time.