The global coronavirus crisis is little short of a disaster for those who rely on motor sport for their income.

But in the case of the Le Mans 24 Hours and the World Endurance Championship, beyond the personal-level trauma race teams and their staff are experiencing, there is a case to be made that the silencing of racing engines might be a blessing for a branch of motorsport that was already facing a crisis of its own before this global health scare plunged the world into chaos.

Forgive me if that sounds glib. It’s harsh to consider anything a blessing when health and livelihoods are on the line. But on one level, the enforced pause might at least buy Le Mans organiser the Automobile Club de l’Ouest (ACO) some time to work out a better future plan for both its premier series and the great race itself. It’s surely needed given the knots the ACO has tied itself in over the new hypercar rules and the subsequent short-term lack of entries for the new class.

Le Mans this year is supposed to mark a fond farewell to the long-standing LMP1 class, at least as the premier division of sportscar racing. Now the 24 Hours has been rescheduled to September 19-20 – although of course whether it actually happens at all must remain in doubt in a global situation that is impossible to predict.

The postponement was surely the best, right and only course of action. “We’ve never been faced with a situation like this before,” said ACO president Pierre Fillon. “An unprecedented situation calls for exceptional measures. It would be naive, irresponsible even, to ignore the situation or pretend it wasn’t happening and have events cancelled at the last minute, with all the consequences that would entail. By postponing, we can still honour commitments, and even if an event is rescheduled several times, it’s still better than an outright cancellation which would have dire consequences for some.”

A full revised calendar has now been published, with confirmation that next season will now begin in 2021. The ACO’s actions in this regard, as Fillon’s comments hint at, have certainly been more decisive and proper than Formula 1’s poor handling of the Australian Grand Prix postponement. But the question still has to be asked, from a purely sporting point of view, would we miss Le Mans too much this year if world events force a total cancellation? The LMP1 entry, made up of just two factory Toyota TS050 HYBRIDs and four non-hybrid privateer entries from Rebellion and Ginetta, can only be described as paltry. LMP1 will be departing with a whimper, and frankly, it’s hard to remain interested.

As for the new hypercar-based era, this was due to begin on September 5 at Silverstone. That’s going to be pushed back to Lord knows when in 2021. But as it stood, the new era was due to begin with only one major car maker committed – Toyota – following Aston Martin’s decision to pull the plug on the Valkyrie programme in the wake of Lawrence Stroll’s company buy-in and a lack of clarity on the historic accord with US racing organiser IMSA which will allow its new class to race at Le Mans from 2022. So only Toyota for the next WEC season and Le Mans in 2021? Is that really a worthy start to what’s supposed to be a bright new era for sportscar racing?

This is where the ‘blessing’ might come in. Coronavirus has already forced F1 to delay its own new-car regulations for a year, to 2022. Might it be best for Le Mans to take a leaf from the same book and implement its own delay, using the extra time it would create to get its house in order?

Details of how the US IMSA rules (LMDh) will combine with LMH have already been delayed by the current crisis and had been due to be thrashed out and announced at the ‘Super Sebring’ WEC/IMSA double-header last month. Again, that might not be the end of the world, having given the ACO and IMSA more time to work out what will be a convoluted equivalency formula for two very different rule books. And with Porsche this week announcing an intention to consider a sportscar return under the LMDh rulebook, and Peugeot also looking at which option to take for its own targeted Le Mans return for 2022, such critical decisions have to be nailed correctly first time.

In the face of so much confusion and uncertainty, it seems logical for the ACO to show further decisive leadership and use this enforced pause to bring some much-needed clarity to sportscar racing: that is, ‘grandfather’ LMP1 for a further year and run Le Mans to its current rules in 2021 (whether this year’s race happens or not), then introduce LMH and LMDh together and at the same time for the following WEC season, whenever that may begin. Yes, it might possibly mean another underwhelming top-class entry for Le Mans in 2021 – but it would offer a much greater chance of the new era getting off to a healthier and more engaging start the following season.

Rules clarity does little to help those affected right now by coronavirus. But we’re all looking to the long-term for a sign of stability. For the ACO there’s an opportunity in the midst of a dire situation to untangle a convoluted mess for sportscar racing and give a clear indication that better times are on the horizon. 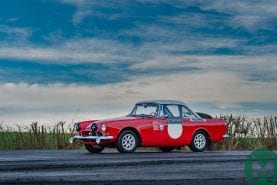 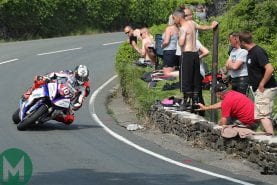 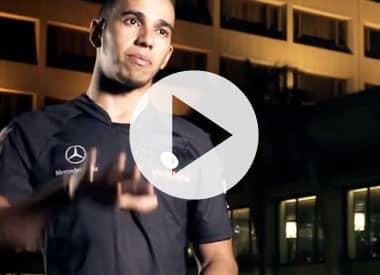 John Wickham, who has died aged 73, won Le Mans with Bentley, as well as the BTCC title with Frank Biela and Audi, after running the 1980s Spirit F1 team