There’s a lot more to the Le Mans 24 Hours than Toyota’s quest for elusive victory. Jack Phillips unpacks the myriad of stories before this year’s endurance race 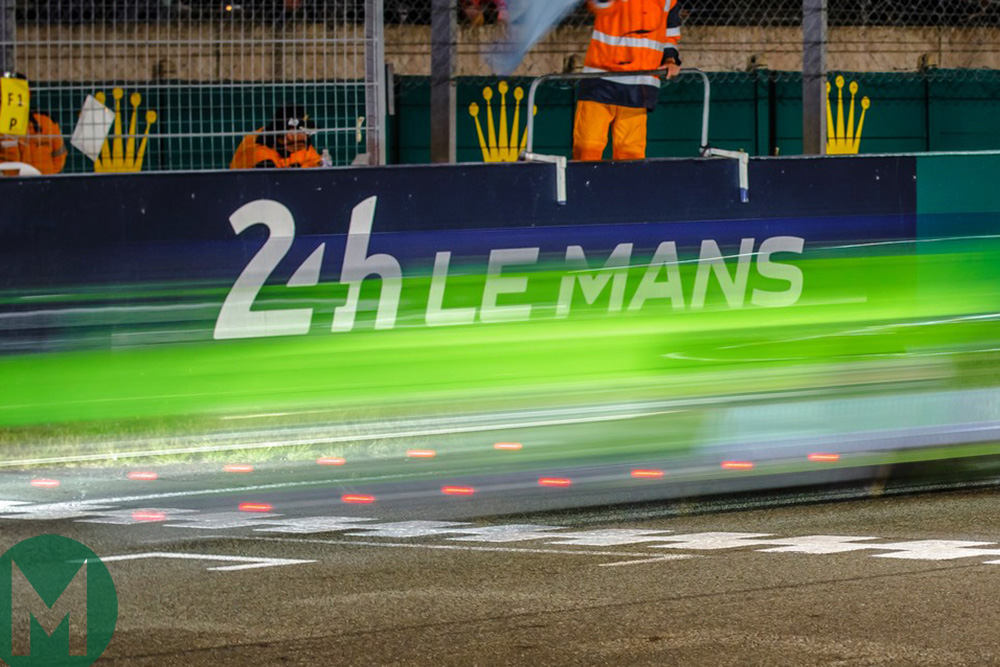 But Toyota knows as well as anyone that it’s never that simple. Hence the bizarre crisis management it was undertaking at Paul Ricard’s prologue test, practising everything from switching the Christmas tree of internal lights off to exiting the pits with one wheel missing from its wagon.

Le Mans will throw everything and anything at the 60 cars, 180 drivers that will be racing around it, with no respect for reputation. Toyota knows that only too well.

It wasn’t that long ago that two cars of the LMP1-H field (a third of it) were skittled on the Mulsanne Straight as they entered a slow zone in the rain. It wasn’t too long ago that Kazuki Nakajima stopped eight miles from victory. It was even less ago that Kamui Kobayashi mistook an LMP2 driver for a marshal and burnt out his clutch and Toyota’s chances of victory. And less ago even that André Lotterer coasted to a dejected stop from a comfortable lead in his Porsche 919.

As many drivers will tell you: you don’t win Le Mans, Le Mans chooses its winner. While this is Toyota’s best chance yet, it’s still facing 24 hours of racing on track with cars and drivers of vastly differing speed and ability.

Over a stint Toyota will undoubtedly have the edge. It can run longer on the road and stop shorter in the pits. And lap at least half a second quicker.

Rebellion Racing, veterans of the race, will offer Toyota its closest competition. Its two cars will be racing to be within touching distance should strife hit the faster Toyotas. One-lap pace may be as close as half a second – or maybe not, because Toyota has pace in hand from the Le Mans Test. But Sébastien Buemi seemed genuinely concerned by the Rebellion’s one-lap pace after Spa.

Toyota didn’t run any qualifying sims at the test, but its team manager Pascal Vasselon told Gary Watkins that it would have run in the 3min 17sec, a second faster than it did in 2017 at the same point.

But Rebellion too has pace to find and has arguably the best line-up in the prototype field in Lotterer, Neel Jani, Bruno Senna, Thomas Laurent, Gustavo Menezes and Mathias Beche.

Reliability may be a question mark, but it will take comfort in its car being based on the bulletproof LMP2 cars and powered by a Gibson. It should run and run. Rebellion’s two LMP2s did last year, providing they could get them to start – via the force of a hammer…

Whether SMP Racing’s AER-powered Dallara-built BR1 can expect the same reliability is another matter. The engine proved delicate in the ByKolles, but the car its bolted into the back of seems fast. Slowed by the aero tweaks in the wake of the big accidents at Spa, it looks third best with still pace to find within it. It will have plenty of eyes on it, too, courtesy of Jenson Button’s signing for the remainder of the ‘superseason’ alongside Mikhail Aleshin and Vitaly Petrov.

ByKolles has improved, although it looked adrift at Spa. It has unfinished business at Le Mans, having last year bolting out of the blocks into the thick of the hybrid LMP1s, only for contact to end its race before the opening lap was fully on the board.

The CEFC TRSM/Manor’s performance will be anyone’s guess, but its driver line-up is good with valuable Le Mans experience in Alex Brundle and Oliver Turvey in its youthful team.

LMP1 might not have the marquee manufacturers of recent years, but that’s not to say this will be a forgettable Le Mans. It will be a Le Mans of yesteryear, a few valiant tortoises versus a very fast hare.

Despite LMP1 attracting Rebellion, SMP, Manor and Dragonspeed, LMP2 is still 20-strong. There’s still quality within and names familiar to Formula 1 fans – Pastor Maldonado and Giedo van Garde to name two, the latter having starred in the opening stint at Spa only for problems to hit. Jean Eric-Vergne was one of the drivers of the race 12 months ago with Manor and will be a strong contender with G-Drive.

Juan Pablo Montoya could claim the triple crown ‘lite’, if he is to win the class on debut with United Autosports – that would be an outside bet. Ricky Taylor and Côme Ledogar teaming up with David Heinemeier-Hansson is strong in one of Jackie Chan Racing’s (four!) Orecas, while TDS Racing’s Loïc Duval, Matthieu Vaxivière and François Perrodo will be too.

Just about any one of the cars in the LMP2 class could conceivably win it, it will boil down to which Am performs best. And often, at the front of LMP2, ‘Am’ is quite a loose term.

GTE-Pro, as those with our latest issue will hopefully appreciate, is arguably the class of the field this year. Four Porsches – two of which are evocatively bedecked in Rothmans and Pink Pig liveries – four Ford GTs, two Corvettes, two Aston Martins, two BMWs and three Ferraris with three professional drivers within each car comprise the class.

By changing Balance of Performance on Tuesday, the ACO/FIA has acknowledged that its automatic system hadn’t got a handle on the new cars of Aston Martin and BMW. They’d been severely hamstrung this year to such an extent that the Vantage was almost slower than last year’s. As John Gaw pointed out at Spa, “Aston Martin didn’t make a slower car…”

Now that the Aston, BMW and Ferrari has been given a boost increase – although the BMW has been handed an extra 13kg to carry around – we’ll hopefully see a much closer field. The Ford has been lightened, though, but this could all still change again following qualifying.

The Porsche and Ford had been well matched this year and looked as they would be the ones fighting for victory come Saturday. But now that should be less clear-cut.

It simply had to change, so badly had it miscalculated. Unless a backroom game of chess had been and still is playing out, which we’re assured it isn’t…

Regardless, each factory knows how to win Le Mans, Aston Martin being most recently its victor, and it will be a fascinating game of outright speed versus strategy and guile.

The quality of driver is among the best you’ll find on any grid anywhere in the world. Not one driver is being carried by his team-mates. Nick Tandy and Earl Bamber are together at Le Mans for the first time since their outright victory in 2015, Romain Dumas and Timo Bernhard join forces in a 911 once again, while there are fewer quicker than Laurens Vanthoor. Gimmi Bruni teams up with Richard Lietz and Fréd Makowiecki for his first Porsche Le Mans, too.

Harry Tincknell expects this to be his best chance yet to win it with Andy Priaulx, joined by moonlighting Tony Kanaan in the no67. But they’re one of four identical – and similarly strong – Ford GTs: Stefan Mücke, Olivier Pla and Billy Johnson (no66), Joey Hand, Dirk Müller and Sébastien Bourdais (#68), Richard Westbrook, Ryan Briscoe and Scott Dixon (no69).

It’s brimming with talent. And it could well steal the show.

You can never predict Le Mans, except this year. But, then again, this is Le Mans.