Le Mans week is here! The build-up to the 2015 24 Heures du Mans is now well and truly under way and, as the excitement and anticipation grows, I find myself reminiscing over the good, the bad and the ugly experiences I’ve had in previous editions of the French endurance classic. 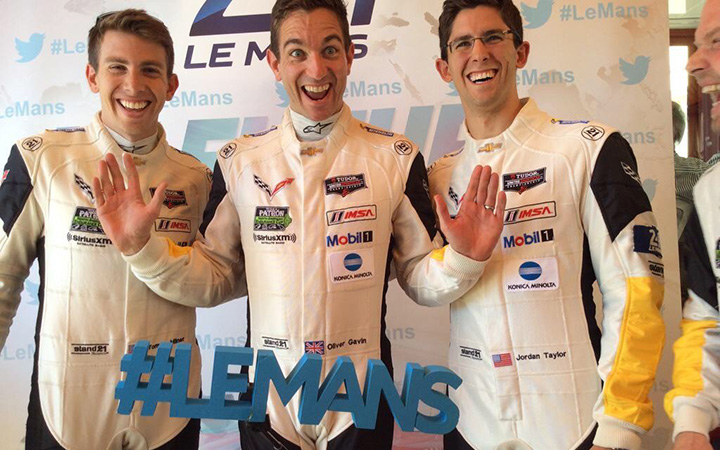 I’ve had plenty of ups and downs over the years and here are just a few of the highlights, which I hope paint a picture of what this great race is all about and why, as a driver, you’re compelled to return to Circuit de la Sarthe year after year. 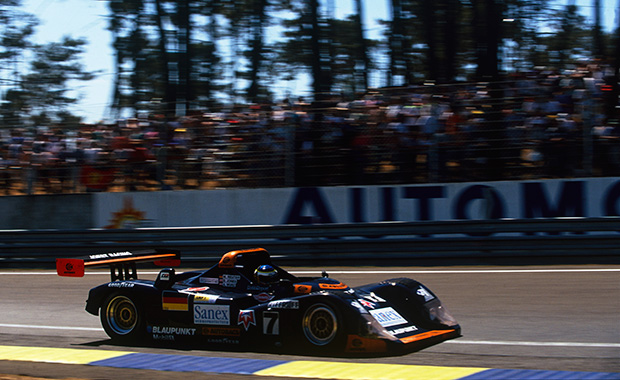 I spent 1996 driving a Joest Racing Opel Calibra in the International Touring Car Championship as team-mate to Alex Wurz and Manuel Reuter, who were both called up to race the team’s TWR-Porsche WSC-95 machine in that year’s Le Mans.

As the pair of them floored it around the Circuit de la Sarthe in pursuit of victory, I was at home laying the kitchen floor with the radio on in the background, listening to the final hour of the race and hoping I’d get my chance to compete at Le Mans one day.

It was a thrilling end to the 24 hours and I was delighted when Alex, Manuel and Davy Jones took victory. I have to admit to feeling slightly envious, but it really lit a fire in my belly and, thankfully, I didn’t have to wait too long before getting my first taste of Le Mans.

I should probably remember 2002 for my maiden Le Mans victory. Clearly, that was incredibly special, but, rather than champagne, my memories are dominated by another golden liquid with a little less sparkle.

Ron Fellows, Johnny O’Connell and I were teamed up that year but, as I drove into the night, Ron was struck by something like food poisoning and it fell on Johnny and I to do the bulk of the driving during the hours of darkness.

Johnny had a thing about finishing the drinks bottle and, whenever he came over the radio to report that he was out of water, you knew the H2O had to go somewhere. Various unpleasant thoughts went through my head, unsure what I’d find when I got back in the car, and my worst fears were realised when I jumped in to a seat full of pee.

My mind was brimming with disturbing thoughts as the car came off the jacks and I made my way out of the pits, but, unlike the urine, they eventually evaporated and I completed a strong stint that helped seal the victory. Johnny was renowned for a lack of bladder control and I suppose it was one of the many joys of driving with him.

Of course, it was all forgotten when we ended up spraying the champagne, but I always swore I’d return the favour…

Victory followed a really tough and protracted battle with Aston Martin Racing that made the 2006 edition of 24 Hours of Le Mans the most satisfying of my career.

My team-mates Jan Magnussen, Olivier Beretta and I drove flat out to fend off the Aston threat and I feel I was at the top of my game throughout the 24 hours.

We pushed on in scorching temperatures and I think I brought a lot to the Chevrolet Corvette C6.R, but the intensity of the on-track fight and the heat made the race both physically and mentally draining – us drivers required as much as two litres of IV fluid to rehydrate between stints.

While unpleasant, it only served to make the result more satisfying and, to stand on the top step of the podium with Jan and Olivier for the third year in a row was pretty amazing. 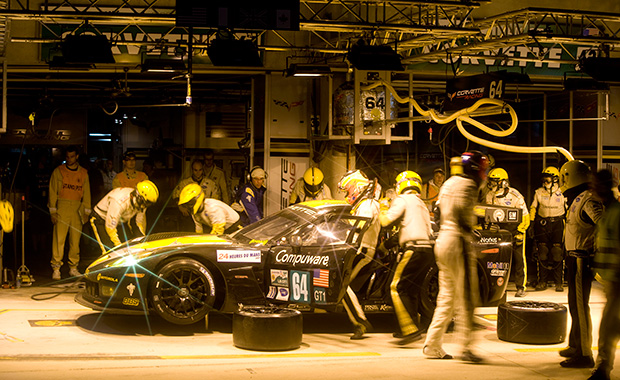 One that stands out for being so tough is 2009, when I was partnered with Olivier Beretta and Marcel Fässler. Our fight was with the sister #63 Corvette C6.R of Johnny O’Connell, Jan Magnussen and Antonio García and we spent the entire race trying to bridge huge gaps to our team-mates; it was the most frustrating Le Mans I’ve ever known.

We would reduce our deficit, only for ill-timed safety car interventions to re-open the gap. It took a few hours to catch up after each delay, until we eventually snatched the lead and started pulling away.

Sadly, with a couple of hours to run, Marcel came over the radio to deliver a painful message, reporting a loss of drive. He was in a horrible, agonising position, trying desperately to bring the car back to the pits and save a result.

Frustratingly, he made it to pit entry but was unable to travel the final 50 metres to the garage and was absolutely devastated in the knowledge that the victory had slipped from his grasp. He wanted to win more than anything and I really felt for him. Of course, he would eventually get his wish, going on to win the race outright with Audi a few years later. 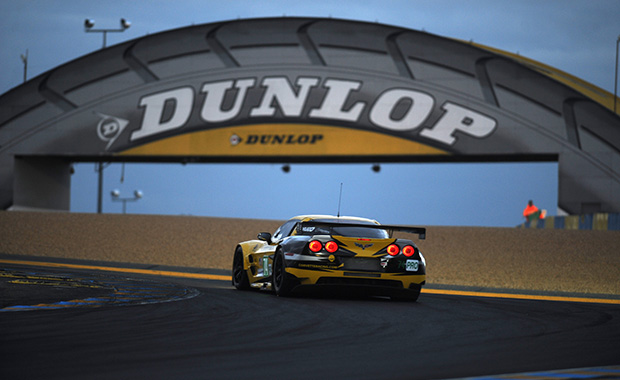 Bittersweet is how I’d describe 2011. We established a lead of more than a lap and a half over the second-placed car through the night, when, at approximately 8.30am, confusion between Jan and a slower GTE Am driver resulted in a race-ending collision as the pair came out of the Porsche Curves. It was a very heavy shunt and, while Jan was unhurt, the other driver suffered pretty serious injuries, including a number of broken bones.

Losing a potential victory was incredibly tough for all those involved with the #64 car and I have vivid memories of watching footage of the incident and seeing shots of Gary Pratt and my crew chief, Brian Hoy, with a look of disbelief on their faces.

The crash that took us out of contention was a really unfortunate racing incident and another example of how split-second decisions shape your race.

However, the sister #63 machine was able to come through and win to give the Corvette Racing team a massive lift, and that emphasised the importance of having two bullets in your gun, entering two cars that are capable of running strongly at the front.