Andrew Frankel pays tribute to Sir Stirling Moss, who has retired from the public eye 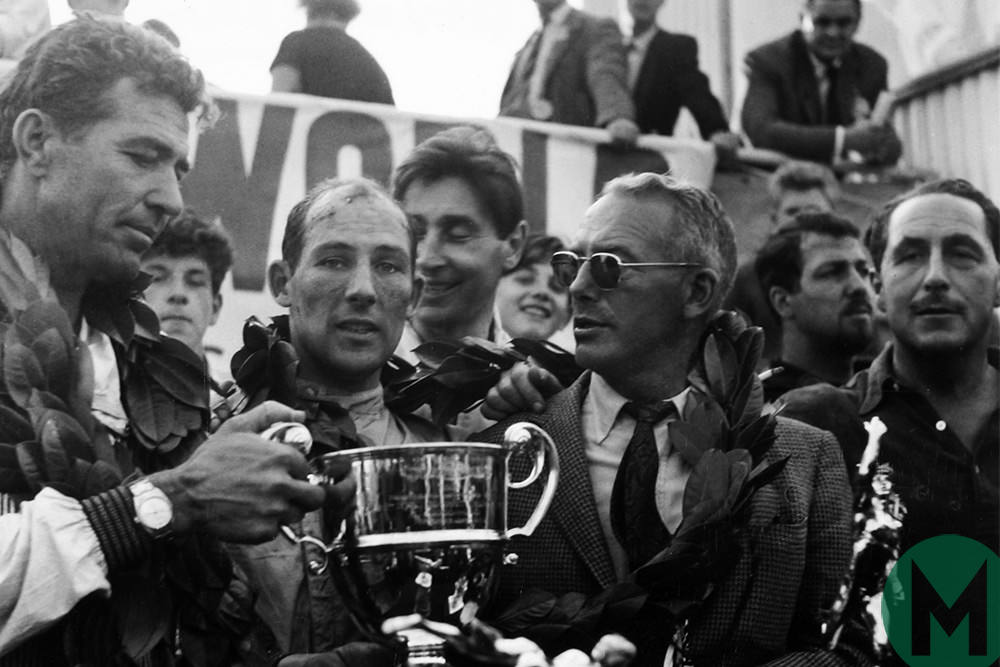 But it is still a shock. To give you some idea of the span of Moss’s career, consider that this is a man who went wheel to wheel with Rudolf Caracciola in the 1952 Mille Miglia and was still racing when Sebastian Vettel set out to defend his first Formula 1 world championship in 2011. Caracciola made his racing debut 96 years ago…

The truth, to me at least, is that no one ever embodied the spirit of the sport better than Stirling. His proudest boast, and I’ve heard him say it many times, is that ‘I am a racer,’ and so he is. He liked to win as do we all, but he loved and lived to race.

I’ve always been amused when talking to his contemporaries over the years how they all mentally seemed to put him in a little compartment all by himself. ‘I always considered that on my day I was as quick as anyone out there. Well anyone other than Stirling of course’ is a comment, variations of which I’ve heard time and again over 20 years working in the sport. It must have been infuriating: once Fangio had retired, if Stirling turned up with a competitive car in the paddock, you had to hope that external forces beyond your or his control came into play, because if his car was quick, you could almost without exception count on Stirling to get the job done.

Mindful of this, I recently found myself thinking of the 1959 World Sportscar Championship, in which Aston Martin has no intention of competing. All it wanted was to win Le Mans, and all efforts were to be directed thus. But Moss begged John Wyer to lend him a DBR1 to do the Nürburgring 1000km, but Death Ray refused him even the spare car until Stirling offered to bank roll the entire trip himself so long as he could keep the prize money. The events of the race, how team-mate Jack Fairman drove the car into a ditch, got it back to the pits as Stirling was preparing to go home, and how Stirling still somehow won are too famous to repeat here, but it got Aston in the running for the title.

Next was Le Mans, which Stirling always hated because he didn’t regard events in which cars had to be managed for reliability as proper racing, so he eagerly accepted Wyer’s challenge to drive flat out to try to break the Ferraris. It cost him his race too, but he did his job in helping ensure the success of the Shelby/Salvadori sister car, Wyer saying that it was ‘impossible to over-estimate the part played by Moss in our success at Le Mans.’

And then Goodwood, the fire in the pits forcing the retirement of his car, the commandeering of the sister car, and another drive from the Gods by Moss to deliver a championship that Aston Martin had not even intended to enter. Yes, Stirling has many other famous wins in both sports cars and in Grand Prix racing, but to me that season best defines his spirit and talent.

Of course few reading this would have known him then, but many more got to know him in his later life as an ambassador for the sport in his appearances all over the world, always with Lady Susie by his side. I suspect those who know Stirling by reputation alone will know little of Susie’s role not only as Stirling’s wife, but his manager and rock. If I may plagiarise and somewhat conflate Wyer’s words, it would be impossible to over-estimate the part played by Susie in the success of Moss, both personally and professionally. She has had an awful time these many months as well, and I hope at least the removal of all exterior pressure brings her some relief too.

As for Stirling, I’d like to offer a personal perspective, an anecdote from a time I didn’t know him anything like as well as I do now. I’ve told it before, but not for a while. It was the Goodwood Revival, perhaps a dozen years ago. I was in an Alfa Romeo GTA, he was in a Lotus Cortina. My advantage lay in the fact I had the quicker car and I knew it inside out, I was also in my early 40s, not my mid 70s. All he had was being Stirling Moss. Happily that balanced things out beautifully and we had a wonderful few laps with me chasing him around the track (our fastest laps were one hundredth of a second apart), scarcely able to believe this drifting, slithering Cortina filling my windscreen was being driven by the greatest driver this country has ever produced. Who finished where is not important, because all I remember is driving down the Lavant Straight on the cooling down lap exchanging thumbs up signs and enormous grins with Stirling Moss. It was, is and will in all likelihood remain my fondest moment from all my years of racing.

When I got back to the pit garage slightly later than intended I discovered that Stirling had already paid a visit just to laugh about the race and, discovering I wasn’t there, had sat down on a pile of tyres with the mechanic he’d never met before, and had a laugh with him instead.

That is the Stirling Moss I have since come to know, a man as lacking in ego as he is brimming with talent.

He is also a man who has worked tirelessly for his sport. Yes, he was well paid to do it, but if you ever saw him anywhere, saw the crowds he drew and how hard he allowed his employers to push him even when he was some distance into his eighties, you would never doubt the value he provided. Which is why I don’t doubt that this is the most well-earned of retirements too.