Drivers such as Michael Lyons don’t really exist any more. Contemporary racing drivers can be found in the odd Mini or sports racer, thanks mainly to Goodwood and the Silverstone Classic. Few, though, are as prolific as Lyons.

Like every current 20-something racing driver Lyons’ early career was spent in Formula Renault. Unlike others he managed occasional outings in Historic Formula Ford championships, Group Cs, the Derek Bell Trophy for Formula 5000s and F1 cars and also the Historic F1 championship. With success, too. 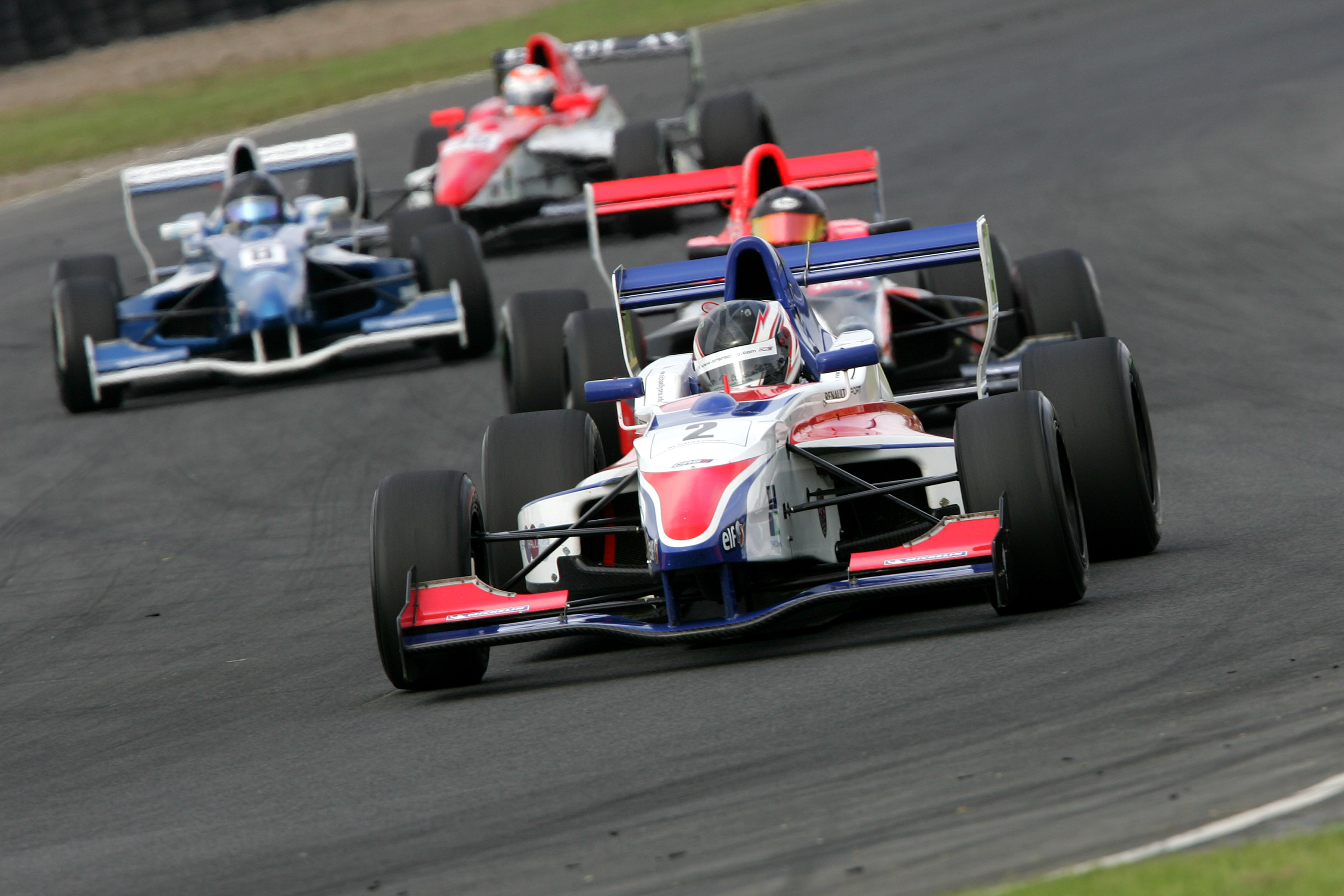 His mainstream career was modest until the switch full-time to GTs. Victory in British GT in 2011 – the year after leaving Formula Renault win-less – came in just his second round at Oulton Park.

Fast-forward five years and his July is a busy one, beginning with four wins in four races at Brands Hatch’s new ‘Legends of’ (nee Superprix) event racing a Super Touring BTCC Volvo S40 and an F1 Surtees. He’s at the official Silverstone Classic test this week, racing at the Le Mans Classic in a Gebhart next and then contesting the Spa 24 Hours.

As the venerable Ian Titchmarsh said at Brands Hatch, Lyons is becoming a modern-day Roy Salvadori.

He admits he’s luckier than most to have such an array of cars at his disposal. Take Brands: Frank Lyons, Michael’s dad, decided he’d give the McLaren M26 a run-out in the second of the Historic Race of Champions races having driven an Eagle FA74 in the opener. Michael pedalled the Surtees TS9 in both and Judy, his mum, drove a Lola T332.

“The Surtees is like an old friend,” he said fresh from his second podium of the weekend. It should have been his fourth, but unideal timetabling meant he had to forgo the Super Touring podiums and literally step straight from the Volvo to the Surtees. “I did Monaco with it a few years ago but it’s usually my mum’s car so it was nice to have a bit of crack in it. The McLaren is a very special car, but I never seem to have any luck in it. It runs perfectly for everyone else but every time I drive it I have silly little problems.

“The Hesketh [308E] is probably my favourite to drive, though, it was the first thing I really had any success with. Every time I drive it it’s beautiful. If I had to pick one car to drive, that would be it. “ 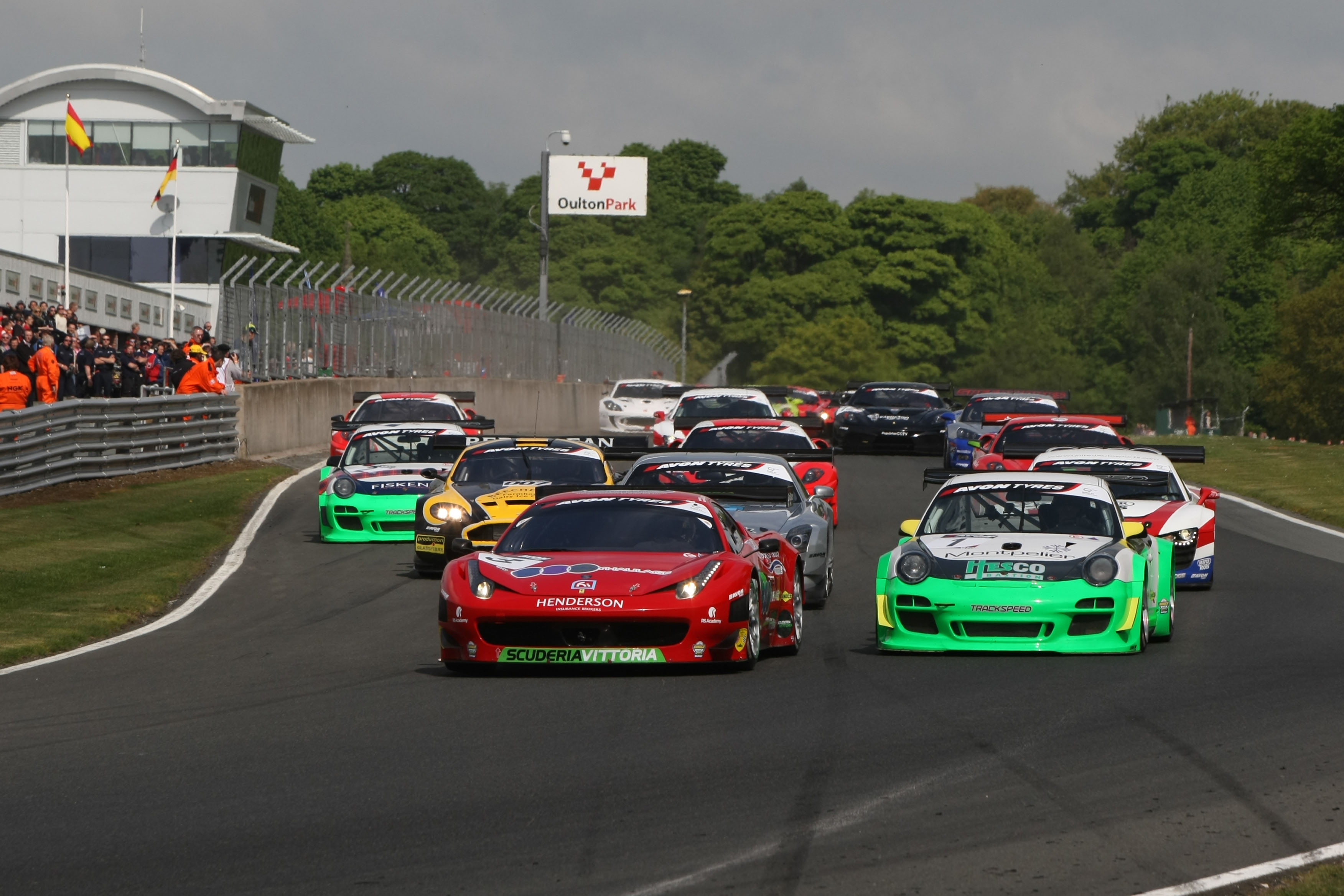 Then there is their Group Cs: “They really are amazing, it was a special time, wasn’t it? The Gebhart I’m in at Le Mans is an iconic car with an amazing livery – full carbon tub, lots of downforce, really good geometry, the only problem is it ran in two different specs and we’re currently in the 3.5 DFR configuration.

“We’re trying to help get more interest in the Group C championship and trying to kick it on a bit. There are some great cars out there just stuck in sheds. It’s not right, everyone wants to see them pounding down the Mulsanne or on Grand Prix circuits at Brands Hatch and Silverstone.”

This variety of machine has bred versatility – last weekend was the debut of the S40 owned by Lindsay O’Donnell (who was further back down the same Super Touring grid in a Bang and Olufsen BMW) and with no testing Lyons beat Patrick Watts’s Peugeot twice. The same Peugeot and the same Watts that combined so famously in their prime.

“The S40 hasn’t run since it finished in Australia in 1998. It came out of New Zealand about four weeks ago and with a little bit of help from Jason Minshaw and Johnny Westbrook waving some spanners at it we got it going. It was faultless all weekend.

“They are incredibly well developed. Although it’s front-wheel-drive and the throttle technique and the feeling on entry and exit is different, the base impression of the car is quite similar to a modern GT car. The damping is fantastic, it has proper brakes, a bit of downforce; it’s really not as different as it looks on the outside.”

Such success in such varied machinery was bound to open doors for him in his day job of professional racing driver. And the modern world is just as varied for him it seems: he’s stood wearing Porsche GT3 overalls, having won in Ferraris in Blancpain and national GT championships around the world and driven Orecas in the IMSA WeatherTech United SportsCar Championship and the European Le Mans Series. 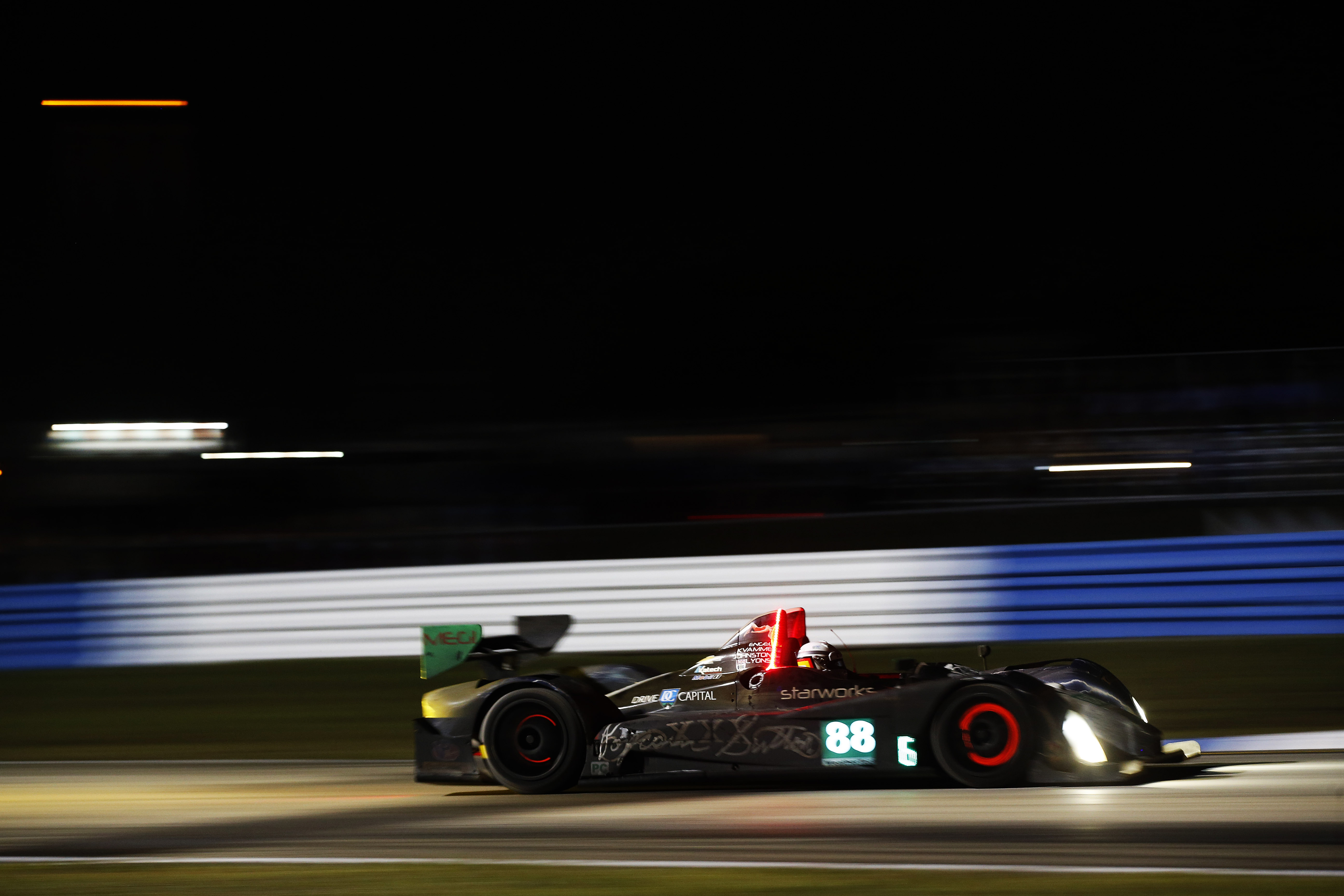 Another new set of overalls will be needed at Spa later this month; he’ll be in a Mercedes-AMG GT3.

“Some years you get into a good team and you have the right engineers and it all goes perfectly. Other years are difficult and you’re with different guys for different reasons. It’s full of variables. Like any job you always want the best one and some years it works, some years it doesn’t. Modern racing is hard.

“We had some great times with Murphy in ELMS: three times we should have been on the podium and only one materialised. Prototypes are still in my mind, I mean, we did that in the old Oreca 03 against the Ligiers and Oreca 05s.

“With the new LMP2 rules next year, 600hp definitely sounds good to me, there’s more downforce and the cars are grippier again, so I’m still working on that side of it and the GTs. It’s just trying to make it sustainable and being in the right cars at the right time.”

If things don’t go to plan at Spa don’t be surprised if he’s found in the Group C race at Silverstone that same weekend: “I qualified in third last year at Spa, then the highest graded driver does super pole and he managed to keep us in third and the first Pro-Am car.

“I spent my stint fighting with Shane van Gisbergen and then after six hours that was it. Andrea [Piccini] made a little mistake in traffic and our race ended there. The silver lining was we had the Group Cs at the Silverstone Classic and I got a phone call from my dad asking what’s going. I told him we were out and he said: “Well, do you want to drive the Group C car tomorrow?” So I did…”

Maybe they do make them like they used to after all.