The Japanese manufacturer cruised to championship victory last season, but Brendon Hartley and Mike Conway say that the competition will be much tougher this time around 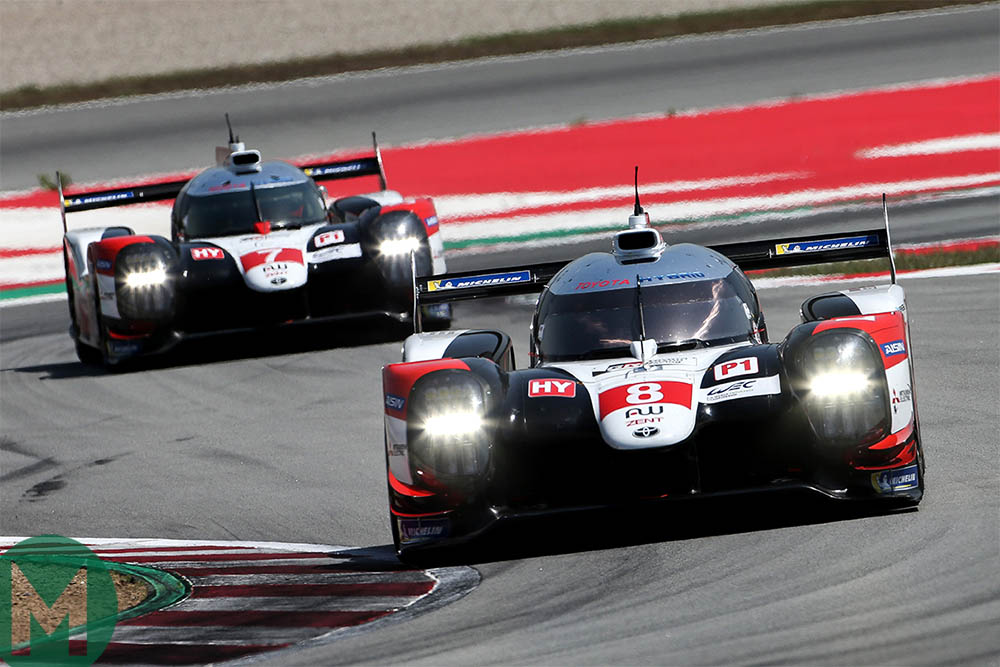 The fight between the Toyotas could still be the title battle despite new rules aimed at balancing performance Photo: Toyota Gazoo Racing

When Silverstone’s pit garages open to reveal the cars competing in the opening round of the World Endurance Championship this weekend, the grid won’t appear greatly changed.

Toyota remains the sole factory team competing in the top LMP1 category, as it was in the previous “superseason”, when the TS050 trounced the field, crossing the line first in every round (a disqualification prevented a clean sweep of victories)

And with Fernando Alonso gone – to wander the desert – you might expect the drivers of the team’s two cars to see this as the moment when glory is all but guaranteed.

Drivers such as Mike Conway who finished runner-up in the championship last season and who, in June, had Le Mans victory snatched from his grasp in the final hour after a slow puncture was detected – and the wrong tyre changed in the pits. Conway eventually finished second. For the third time in four years.

Brendon Hartley will also be looking to taste success once more. After storming to Le Mans victory and taking the WEC championship with Porsche in 2017, his career stuttered with a 2018 Toro Rosso F1 campaign littered with misfortune. 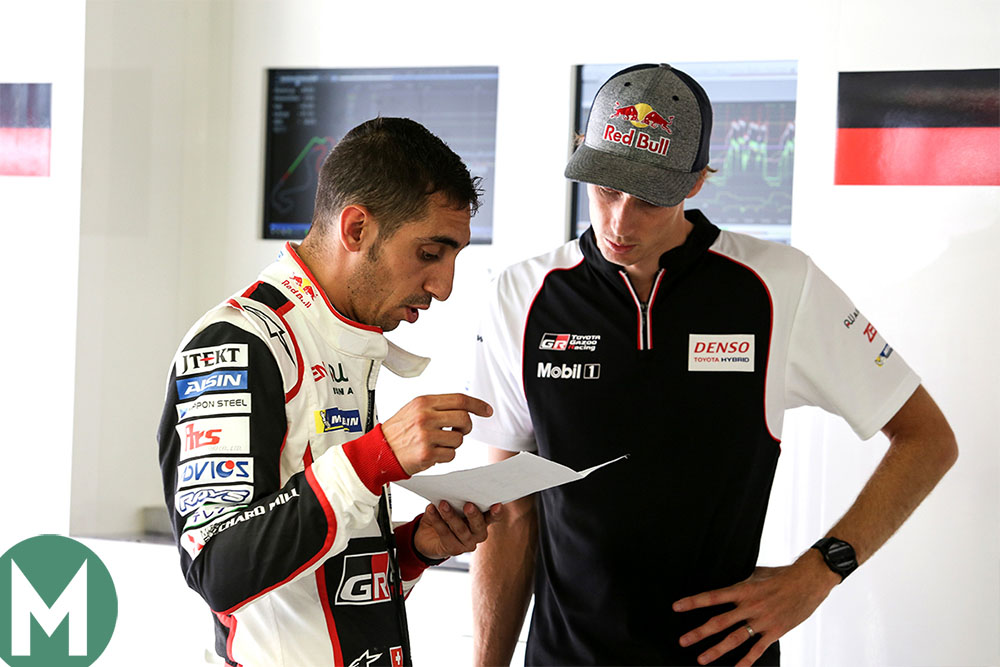 The pair – and their four team-mates – will be hoping to make the most of Toyota’s crushing dominance before the uncertainty of new hypercar rules are introduced next year.

But the path to the top of the podium isn’t as clear cut as they might hope. This season, new Equivalence of Technology rules have been introduced by the FIA with the aim of closing the performance gap between the privateer teams and hybrid-powered Toyotas.

The more points that Toyota wins, the greater their performance penalty, which could bring the Rebellion and new Ginetta LMP1 cars nipping at their heels

“It’s going to be quite different, especially in terms of the way they’re going to do the success weight and ballast kind of stuff and things like that, it’s going to be interesting,” Conway told Motor Sport.

“Whether it’s all going to go our way in terms of winning all the races, I think it’s going to be a lot more hard-fought, especially after two or three events.”

This season, Conway remains in the No7 car, alongside José Maria-López and Kamui Kobayashi.

Hartley replaces Alonso in the No8 car which arguably had the weaker finish to last season – despite Le Mans victory. And the New Zealander believes that the championship fight could go the distance once more.

“It’s a new beginning for me with Toyota, so I think there’s a bit of a reset there,” said Hartley. “What’s clear is that there will be tough competition, I think that all of us are going to have to bring our top game to every single race event.”

After being confirmed for the seat in June, Hartley wasted little time getting to grips with his new surroundings, as he explained to Motor Sport.

“I went to the Le Mans 24 Hours to watch and observe so I think they gave me a head start in starting to integrate with my new team-mates, seeing how the team works and getting to know all the personnel,” he said.

“Even if I wasn’t racing at Le Mans, just being there and being able to be on the radio the whole time and starting to integrate with the team has given me a head start to jump in at Silverstone and hopefully be straight on the money.”

Although integration with his new team began very early, Hartley has only been able to sample the TS050 on two occasions prior to the season-opening round at Silverstone.

“I’ve only actually had two tests in the car. One was in Paul Ricard and one at the official Prologue.

“I did feel like I got used to all the systems relatively quickly, even if they’re very different from any other car I’ve driven.” 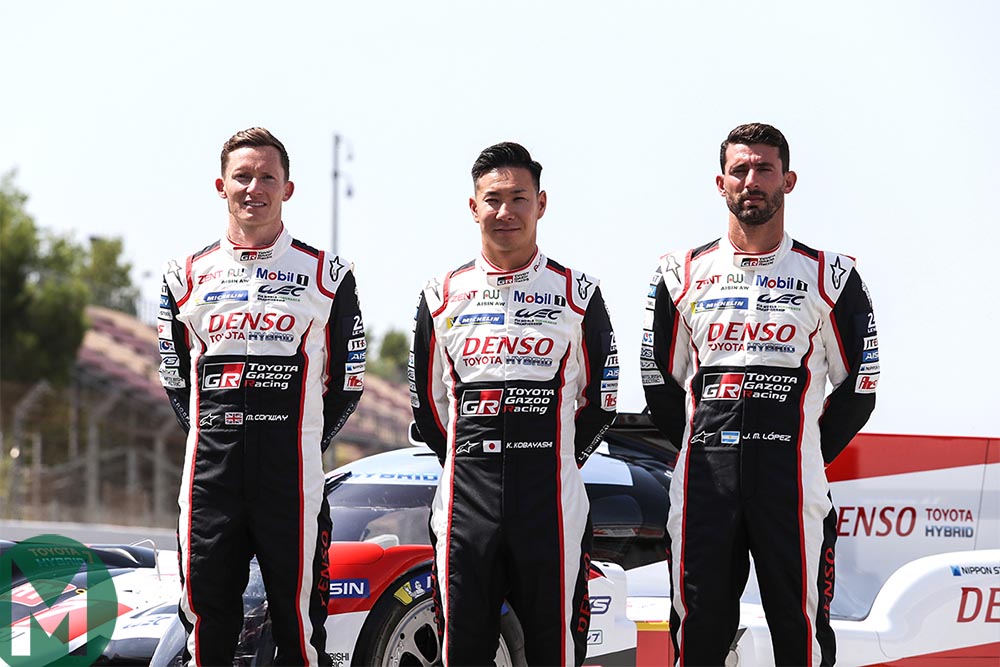 With a little bit of luck? Mike Conway stands with his No.7 Toyota team-mates Photo: Toyota Gazoo Racing

Familiarisation with the car isn’t a problem for Conway, who has been part of the Toyota LMP1 programme since 2014. Getting over the wrenching loss at Le Mans, however, is another thing.

He insists that the team will go into the new season with a fresh mindset rather than with ideas of redemption.

“I don’t take too much hope or expect too much really in terms of like ‘you deserve the result’, ‘we should’ve got a few more results’ cause that’s the way it goes sometimes.

“I think in terms of the car we’ve got the speed to win a lot of races, we’ve just got to go out there and deliver. As long as we do that we stand a chance.”

While there is no expectation of domination to the extent seen in 2018/19, Conway believes a Toyota battle for the title will be a closely fought affair.

“The symmetry of the team, me, José, Kamui and the engineer and stuff, Brendon’s still a bit new but to be honest he was on it straight away, so I expect him to be quick but as always, its always a good fight between the two cars.

“Hopefully we can have a bit of luck this year with car 7 and try and bring home the championship and Le Mans.” 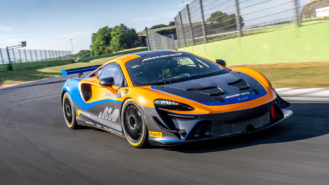 How McLaren has developed the Artura GT4 for Am drivers 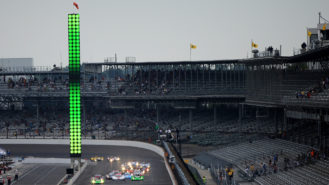 Indianapolis and IMSA have signed a three-year deal to bring sports car racing back to the Brickyard, with plans to race from daylight into night 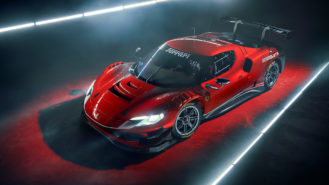