Überlebenskünstler, a not-so-short German word synonymous with the DTM. It means “survivor”, and the tin-top series is worthy of the title considering its various forms up to and including the ITC collapse and subsequent DTM rebirth in 2000. Once again, the DTM’s very future will be put to the test as it bids to make it into 2021.

Its latest crisis has been triggered by the impending exit of Audi, the brand that – in terms of entries – has supported the DTM more than any other after the series navigated the murky waters of Mercedes’ exit in 2018 and the long-awaited tie-up with Super GT for the Class One regulations.

Plans for 2020, had coronavirus not put the world’s motor sport on hold, was to try to lure one of the Japanese manufacturers into participating through common regulations, boosting manufacturer participation and increasing the selling points of a common ruleset. It was to be the culmination of Gerhard Berger’s vision to change the perception of DTM from Germanic to an international championship, balancing German rounds 50/50 with other European, and potentially Asian, races. 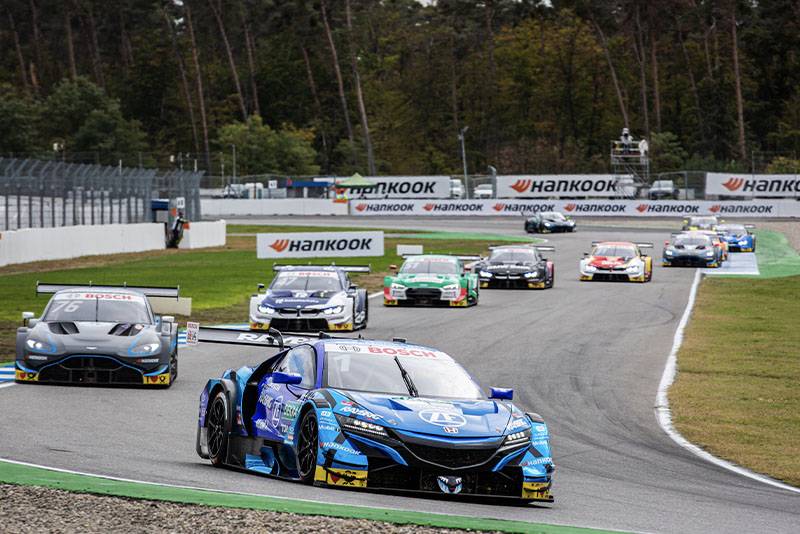 Alternative reality: DTM had hoped to attract a Japanese manufacturer and to retain Aston Martin

The R-Motorsport operation, which held the Aston Martin licence and was not a factory team, helped that image feel less German, but it collapsed over the 2019 off-season embarrassingly, its dire HWA-built engine saga playing out publicly as it failed to source an alternative engine supply. But the warning signs for the DTM’s current peril were there long before.

R-Motorsport boss Florian Kamelger had stressed during 2019 that he felt costs were too high, despite the DTM’s belief it was now matching the hugely popular GT3’s price range. Considerably smaller than the Audi and BMW behemoths, R-Motorsport gave a glimpse into the perils of manufacturer-led racing: you are beholden to their whims.

And those whims were and are changing, even before the seismic effect of the coronavirus pandemic. The automotive world is grappling with the challenge of a future that will either resign the internal combustion engine to the history books or place it behind emerging alternative power. That makes Formula E all the more alluring, and its reliance on spec parts, limited development and racing close to city centres all the more attractive. As Mercedes did before, Audi and BMW have to consider the value and worthwhileness of factory racing in two series.

While Audi had maintained DTM and Formula E programmes mirrored their road car offerings, clearly it was no longer enough to warrant those two operations. DTM is certainly no dinosaur, however. It had revealed a Blade Runner-esque concept built around robotic pitstops and hybrid/hydrogen power, and beneath the attention-grabbing images was a genuine plan towards lightweight, efficient and cost-effective hybrid engines that enthused the existing manufacturers, but it ultimately wasn’t enough. 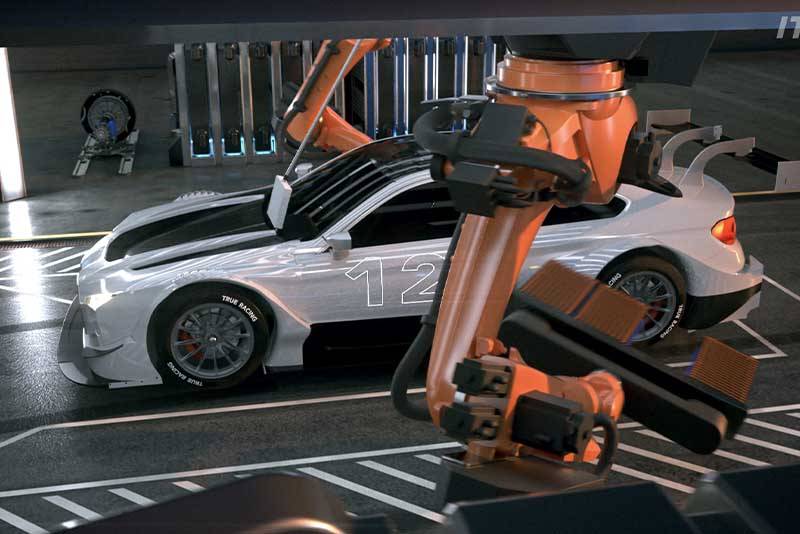 DTM was looking to the future with robotic pitstops

Then there’s the elephant in the room: the pandemic which is wreaking havoc on sport and the car industry – particularly in the all-important showrooms – will force a realignment of motor sport. Some series will adapt and thrive, some will scrape through, and others will collapse. It is likely the racing world – guilty of stretching itself too thin nationally and internationally – will contract. DTM’s outcome will likely hinge on BMW’s future, but it’s clear COVID-19 is already a threat. BMW has had to carefully balance costs in recent years, certainly compared to Audi in DTM, but it has now reported car sales dropping by 21 per cent in the first quarter of 2020, and a drop of 44 per cent was recorded in April. The bean counters in Munich will no doubt cast an eye over the DTM programme.

After Audi announced its exit in April, Berger made the DTM’s peril clear in a punchy statement: “Today is a difficult day for motorsport in Germany and across Europe. I deeply regret Audi’s decision to withdraw from the DTM after the 2020 season.

“While we respect the board’s position, the short-term nature of this announcement presents ITR, our partner BMW and our teams with a number of specific challenges. Given our common association, and the particular difficulties we all face during the COVID-19 pandemic, we would have hoped for a more united approach.”

United or not, the DTM is now attempting to steer itself back to calmer waters. Motor Sport understands the delayed 2020 season will be largely German-based, with the potential to include neighbouring countries, as a way of getting its house back in order. During 2019, the DTM welcomed the likes of the IMSA SportsCar Championship and NASCAR to rounds, and as both navigate changing rulesets and manufacturer commitments with varying levels of success, the DTM would do well to consult them for advice.

DTM previously considered other formats on the road to Class One regulations, and it will likely look across to other popular formats such as GT3, despite the resistance to moving away from bleeding-edge silhouette racers. As has been the case throughout Berger’s tenure, the plan will be to offer the best bang for your buck and follow the manufacturer interest. Its decision to launch the DTM Trophy, featuring GT cars, can also act as a testing ground. 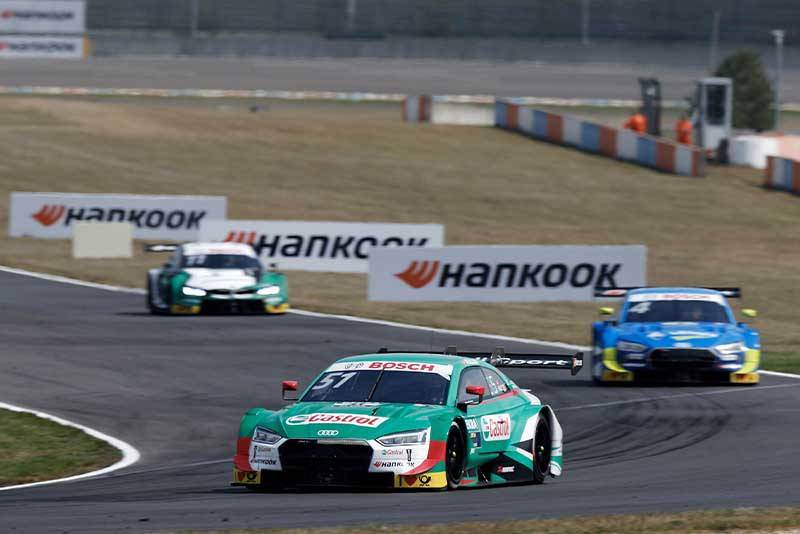 Could customer teams save DTM?

The DTM must also consider how it can benefit from Audi’s exit and potentially BMW’s, and that lies in the hands of their stables. Once Audi exit, what becomes of the Rosberg, Phoenix and Abt teams, for example? Offering a viable customer car programme in the vein of WRT’s fledging operation could buy the DTM time and keep the current cars operating.

It feels as though DTM has stepped back to 2017, when the impending Mercedes exit led Berger to scramble for a third manufacturer, adamant that a change in philosophy – then GTE – was not the answer, and that privateers could boost numbers. Only WRT arrived in a private capacity, and R-Motorsport’s arrival as a ‘manufacturer’ proved a disaster.

It cannot repeat the same measures and thrive. Ultimately the DTM will have to make a tough call on Class One. Despite the deserved fanfare for the ‘Dream Race’ last November, and the impressive feat of 22 cars across five manufacturers, momentum has stalled, and Class One ambitions remain unknown. Despite discussions with IMSA, NASCAR and other series, the fact the new IMSA/WEC LMDh prototype formula has huge manufacturer interest, compared to very little for Class One, is an ominous sign. The closest the DTM has come to truly validating Class One’s future was a failed attempt for a BMW programme in Super GT through partner Team Studie.

Focusing on a Germanic season and waving farewell to Audi is the only option for 2020. But as the world of motor sport undergoes rapid change and adaptation, the DTM faces falling to the wayside. The Überlebenskünstler will have to earn its title once again. 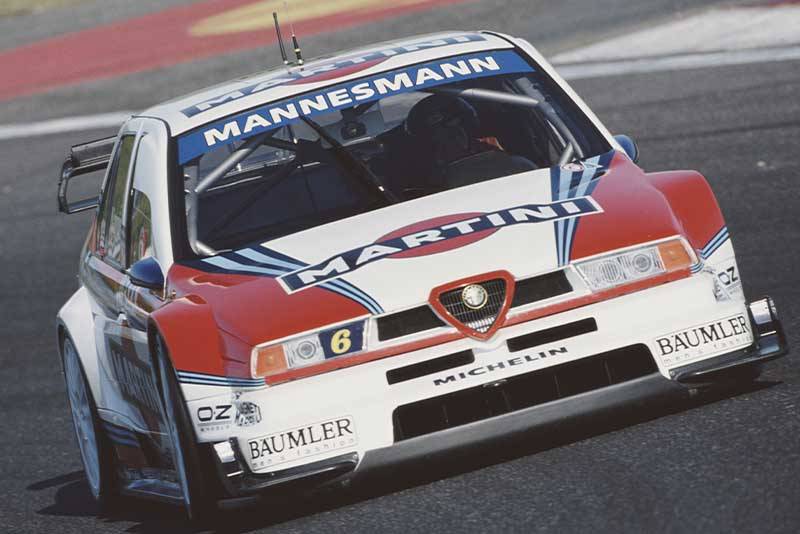 We’ve been here before. The International Touring Car (ITC) series was an explosive, short-lived series that began in 1996 and ended within a year. In that time, there was Formula 1 levels of performance, a manufacturer battleground and a global calendar, even Bernie Ecclestone was a key protagonist. Fighting against the World Touring Car Championship, this was a war for the leading manufacturers and tin-top territory. As is the case in motor sport far too often, it was another boom and bust cycle that had a lasting impact.

That battle initially played to the ITC’s advantage, storming into the uncertainty created over the European Touring Car Championship’s transition into the WTCC as the FIA, Jean Marie Balestre and Ecclestone fought tooth and nail.

But drawn into the war, the ITC’s fate would be sealed early on. As the ITC planned for a global championship in 1996 from its solid DTM roots, Ecclestone and the FIA demanded a three-year commitment from Mercedes, Alfa Romeo and Opel, backed by an $8m penalty clause for an early exit. They now had Ecclestone and the FIA on board, but at great expense.

Bernie swiftly sorted TV deals – ITV in the UK and RAI in Italy – to give it international exposure, but there was a fight over keeping the German-style open paddock as opposed to a closed-off F1 set-up. The fights kept on coming, with poor promotion already hurting the ITC, irking the manufacturers who had signed such an expensive commitment. A dreadful German TV deal only exacerbated the issue.

It wasn’t necessarily a killer blow, but that came when Alfa announced an exit from the ITC as the Fiat Group tightened its belt in motor sport. The highly expensive series was an easy cut to make, considering it was widely rumoured to be costing the same amount as a competitive 1990s F1 programme…

That then opened the floodgates and the subsequent demise of the series. Opel swiftly followed Alfa, but it left the blame squarely at the door of the ITC and the FIA – citing a lack of TV exposure and spectators. Bernie would hit back and begin an escalating war of words, but it was too little too late. It was believed Opel was threatened with a two-year ban from FIA competition by Bernie ally and FIA president Max Mosley.

The ITC may have been heavy-handed, but Opel and the other manufacturers had broken their agreement with the series and the FIA – having agreed to a deal through to 1997 – not to mention that the brands themselves had driven up budgets in a vain bid to become the biggest series outside of F1.

By the time the first season culminated at Suzuka, the rising costs of participation, poorly thought-out calendar, steep ticket prices and mixed TV deals meant the writing was well and truly on the wall. No amount of ex-F1 drivers and elite machinery was going to save it.

Mercedes could not prop up the ITC on its own for a 1997 season, but it would become a central figure to the 2000 relaunch of the DTM, while the recent history of world touring car racing has been chequered ever since, to say the least.

The Silver Arrows proved integral to the relaunched DTM, but 17 years later it created the instability that has led the DTM to be on the edge of a precipice once again.