Darrell ‘Bubba’ Wallace Jr paid tribute to his boss with a striking livery in Richard Petty’s famous red and blue STP colours at the Martinsville NASCAR Cup race on Monday. The Chevrolet Camaro ZL1 – rather than Petty’s Superbird – was dressed in the iconic livery. Even Wallace’s helmet matched.

On his Cup Series debut at the Daytona 500, the 24-year-old took a second-place finish, finishing behind the no 3 of Austin Dillon – the first time in decades that the 43 and 3 finished 1-2 in a NASCAR Cup race. Wallace also made history by becoming the first African-American driver to race full-time in the NASCAR Cup Series since Wendell Scott, whose final season was in 1971.

Scott famously won a NASCAR Cup race in 1963, but the result was mired in controversy as officials handed victory to the second place finisher, Buck Baker. For the full story of NASCAR’s race pioneer, Scott, pick up the next (May) issue of Motor Sport magazine – out soon. Subscribe here and don’t miss a copy. 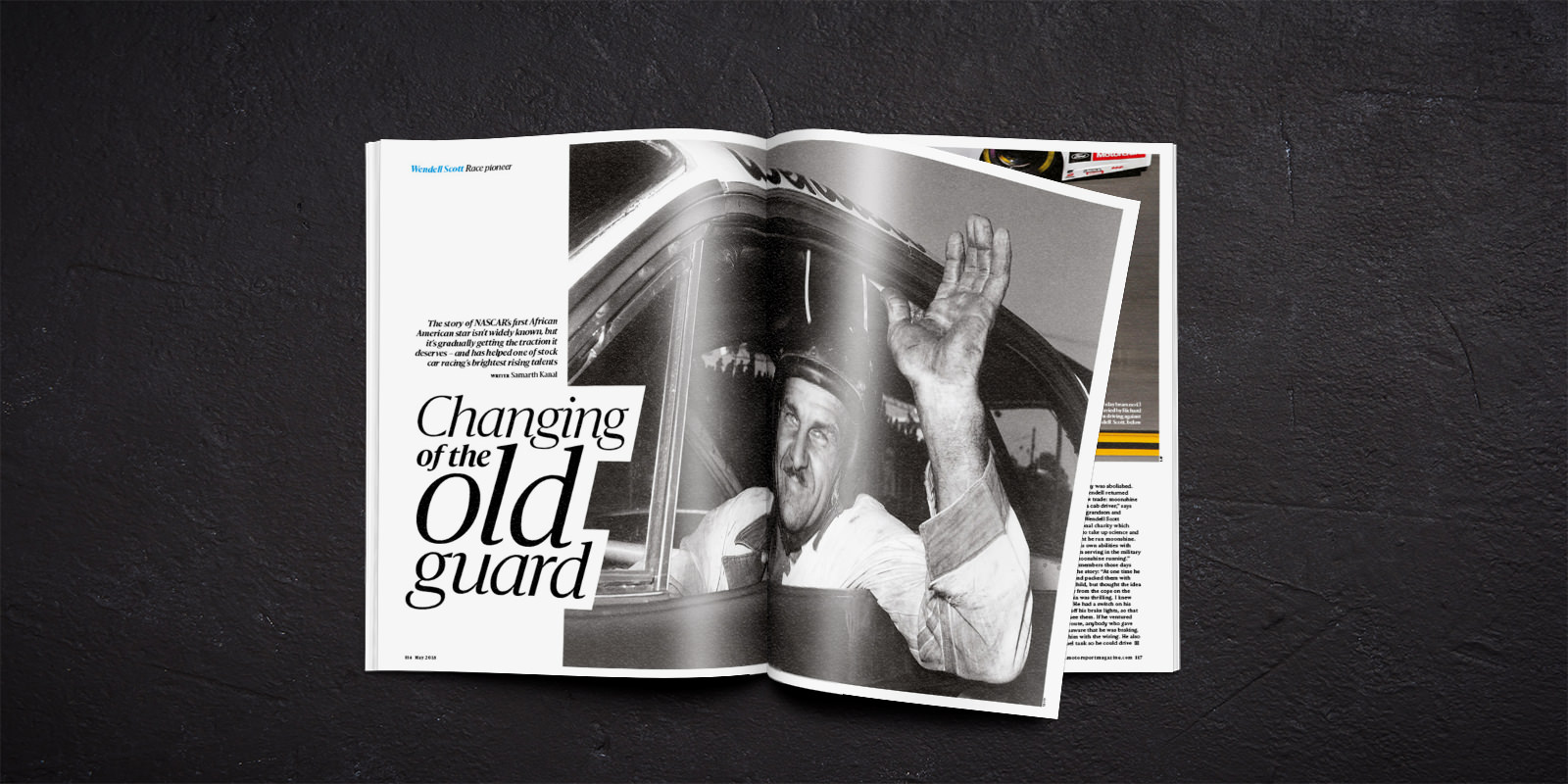