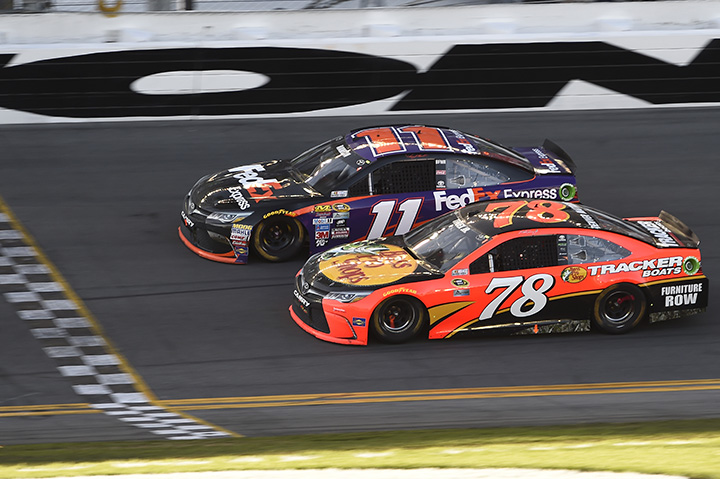 Hamlin had taken victory in the Sprint Unlimited race the previous Saturday night and after the 500 paid credit to his Joe Gibbs Racing colleagues: “We said [before the race], ‘let’s get a team victory. I know we all want to win this thing, but if we all stick together, we greatly increase our chances of winning this race.’ It’s rare you see the selflessness that you saw, even with two laps to go [when Hamlin sat in fourth place].”

While both drivers broke into NASCAR’s premier series 10 years ago, their careers have taken very different paths before their convergence across the finish line last Sunday.

Denny Hamlin had an impressive rise through the stock car ranks. The 1997 NASCAR Mini Stock ‘Rookie of the Year’, he also won 25 of 36 races with 33 top-five finishes in 2003 Late Models.

He moved up to the second-tier Busch Series in 2005 and filled in for the late Jason Leffler in the final seven Nextel Cup races of the season, catapulting him into a full-time Cup drive in 2006. 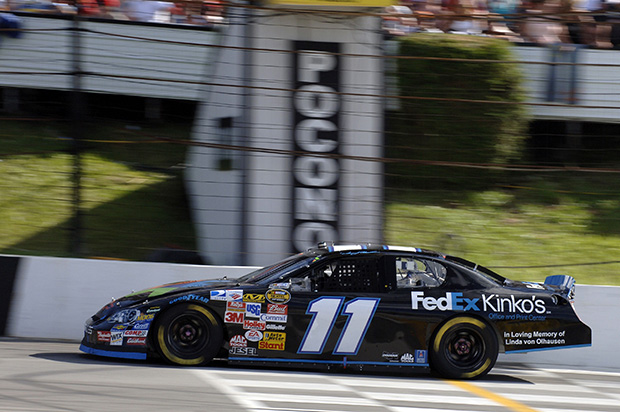 Hamlin’s 2006 was one of the greatest rookie seasons in NASCAR’s premier series. He took wins in both races at Pocono in June and July, won the ‘Rookie of the Year’ award and became the first rookie to compete in the Chase for the Sprint Cup, ultimately finishing an impressive third behind Jimmie Johnson and Matt Kenseth.

Sadly his career began to have a feel of ‘unfulfilled’ about it, with only 2010 as a standout campaign, taking eight victories and losing the lead of the Chase in the last race of the season to Johnson.

Martin Truex Jr. comes from a racing heritage. His father, Truex Sr., won races in the NASCAR Busch North Series. Junior also began his career in that series with five wins in three and a bit seasons.

His greatest success in NASCAR’s lower ranks came during an opportunity with Dale Earnhardt Jr’s Chase 2 Motorsports outfit, with whom he took six victories en route to the 2004 Busch Series title, following up in 2005 with another six victories to cement back-to-back championships. His career was on the rise.

Much like Denny Hamlin, Truex Jr. also moved into NASCAR’s Sprint Cup Series in 2006. He has competed in all 361 races in the intervening 10 and a bit years, racing for Dale Earnhardt Inc., Michael Waltrip Racing and most recently Furniture Row Racing.

He scored his maiden Sprint Cup series win at Dover in 2007 for DEI, but it was 2013 before his next victory, at Sonoma for MWR. 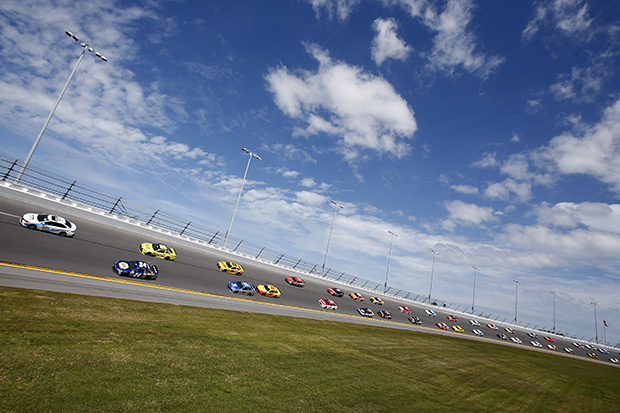 Youngster Chase Elliott – filling some very big shoes in the ex-Jeff Gordon Hendrick Motorsports Chevrolet – started the Daytona 500 on pole and led from the green flag, Earnhardt Jr. pushing him in front ahead of Joey Logano and Hamlin, but pre-race favourite Earnhardt would soon move to the front himself.

The exit of turn four caught out drivers throughout the afternoon – the hotter conditions on race day causing handling problems. Kevin Harvick saved an early moment but Elliott wasn’t as lucky. He kept well away from the wall but the front splitter dug violently into the infield grass crumpling the front end of his Chevrolet. He would later re-join the race and salvage a 37th-place finish. Brian Vickers also spun there avoiding serious damage and later on Earnhardt Jr. tried to side draft off Vickers through the tricky turn but lost air on his splitter and spun off. His speed took him straight to the inside wall ending his race.

The Toyotas of Kenseth, Kyle Busch, Hamlin (Joe Gibbs Racing) and Truex Jr. (Furniture Row Racing) worked together all afternoon, leading 158 of the 200 laps to put themselves in position for the race win.

Those lead four Toyotas remained in the same order starting the final lap with Kenseth ahead of Truex Jr., Kyle Busch and Hamlin but the fourth-placed man was in no mood to see the race slip away from him. Getting a big run and push from Harvick, Hamlin saw his golden opportunity appearing in front of him.

Kenseth sensed danger and moved up to block his team-mate’s run but Hamlin dived underneath and into an ever-decreasing gap between Kenseth and Truex Jr. coming out of turn 4. It could have ended in disaster for Toyota but only Kenseth lost out, getting loose and backing off the throttle to finish 14th. 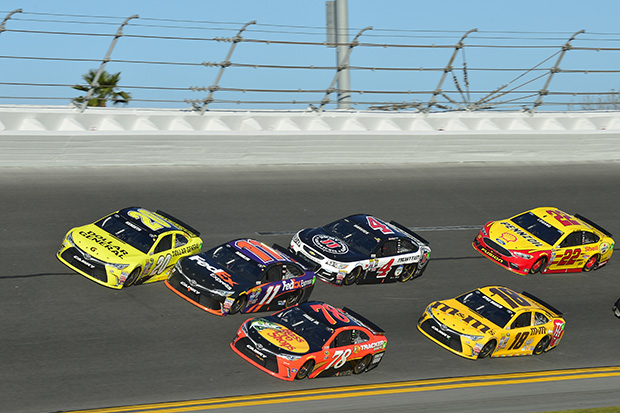 Truex held a narrow lead from Hamlin above him approaching the line, but Hamlin used the side draft to eke out victory by just 0.011 seconds.

Hamlin now has victories in 11 straight years in NASCAR’s premier series, leaving him joint 12th on the all time list (Richard Petty leads with victories in 18 straight seasons) putting him alongside some of the sports biggest names.

The Daytona 500 victory is another jewel in his growing crown of achievements in NASCAR alongside three Sprint Unlimited victories and the 2015 Sprint All-Star Race win. He has 27 victories in his 12 years in NASCAR’s premier series and 175 top-ten finishes in 363 races, amassing just over $70 million in earnings.

For Martin Truex Jr. this continued a fine 2015 campaign. His one-car Furniture Row Racing outfit has begun an alliance with Joe Gibbs Racing, fielding a Toyota Camry for this season.

A deep desire to build a strong relationship with the JGR outfit meant co-operation during Speedweeks at Daytona and Truex was more than happy to play whatever role his JGR colleagues required during the 500: “Feeling and seeing that teamwork we’ve had throughout the off-season with JGR, how much they’ve supported us,” he said after the race, “for them to work with us the way they have throughout this week at the racetrack, and especially today for me personally, the drivers. We had a plan going into the race. We stuck to it. We really controlled the whole entire race. 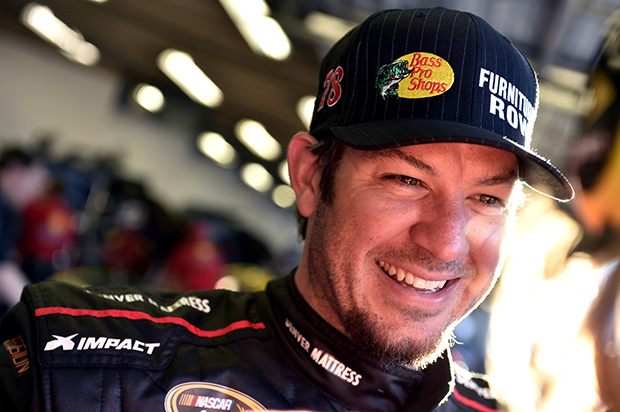 “It was great for me to show those guys that, hey, they can trust me to be part of their team. We’re going to do everything we can to make them better. Honestly, it was just important to kick that relationship off right and show them what we’re capable of. It was a great day for that.”

It was an enthralling finish, a masterclass in team co-operation and redemption for more than a few.