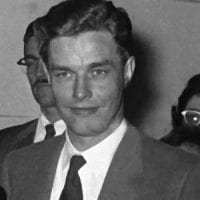 One of the all-time sports car greats, Ron Flockhart won Le Mans twice, and also competed in 13 grands prix. But a love for aviation proved fateful

The dangerous pastimes of motor racing and aviation often went hand-in-hand in the early days of the 19th century. In many ways, Ron Flockhart was a throwback to that era. But his wish for a challenge was in contrast to a serious nature. A double winner of the Le Mans 24 Hours, it was his pursuit of the Sydney-to-London flying record that eventually cost this unassuming and popular adventurer his life.

An engineering graduate of Edinburgh University, he saw active service with the Royal Electrical and Mechanical Engineers during World War II. A Captain when he returned to civilian life, Flockhart had started scrambling motorcycles while in the Army. He switched to cars in 1948 – initially with a modified MG before trying his hand in 500cc Formula 3 with a Cooper.

A couple of ERAs (the original R1A chassis and Raymond Mays’ R4D) were acquired for the 1952 Formule Libre and hillclimb seasons. Victories at Goodwood, Charterhall and Snetterton (among others) during 1953 led to a drive with BRM for the following season. With a burgeoning motor racing career, Flockhart resigned from the Edinburgh textile company for whom he worked to turn professional.

He made his Grand Prix debut in the 1954 British GP when “B.Bira” suffered from a bout of malaria. The Siamese prince lasted until lap 42 at Silverstone before handing his Maserati 250F over but the Scot rolled the car at Copse within two laps without injury.

Hours of testing for BRM were rewarded with another British GP appearance in 1956 although his engine failed. He returned in that year’s Italian GP with a Connaught B-Alta and it proved altogether more satisfying as Flockhart finished in a fine third position.

But it was at the Le Mans 24 Hours that Flockhart enjoyed his greatest triumphs by winning with an Ecurie Ecosse Jaguar D-type in 1956 (sharing with Ninian Sanderson) and 1957 (Ivor Bueb).

Those victories were Flockhart’s greatest achievements but his 13-race GP career was a stop-start affair during which he never completed a full season. Burns suffered in a 1957 French GP crash which curtailed that programme and he was injured again while practising for a sports car race at Rouen a year later. He crashed into an ambulance and his Lotus 15 caught fire. Pulled clear, he suffered broken ribs and three crushed vertebrae.

He won the 1959 Lady Wigram Trophy in New Zealand for BRM and was sixth in the French GP despite goggles broken by an errant stone thrown up by another car. He repeated that result in the following year’s race when replacing the recently deceased Alan Stacey in a works Lotus 18-Climax.

Flockhart, who had qualified as a pilot in 1948 with a Tiger Moth, was increasingly interested in flight. He was in Australia at the start of 1962 to race a Lotus-Climax and prepare for a second attempt on the Sydney-to-London air speed record. His previous effort had been thwarted by bad weather over Athens but Flockhart acquired an ex-Royal Australian Air Force Mustang for his next attempt.

Flockhart was killed after crashing into wooded countryside near Melbourne and his death was mourned in racing and aviation alike. Married to a BOAC air stewardess just a month earlier, his ashes were released from an aeroplane over the Pentland Hills near Edinburgh. 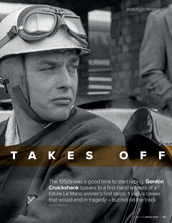 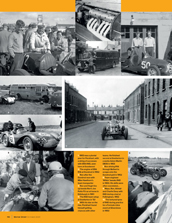 Ron Flockhart: a career takes off

Ron Flockhart could have won anything if given the chance.” That’s the view of the Scottish driver’s business partner and close friend Hugh Langrishe, who at 96 still has clear…