Two of the season’s classic Grands Prix in two weeks and both, unfortunately, were distinctly lacking in excitement. As at Spa Sebastian Vettel won as he liked at Monza, once more starting from pole position, once more in control throughout. As at Spa, too, Fernando Alonso was second for Ferrari, but he now trails Vettel by 53 points.

“I think we need to be realistic about the championship,” he said afterwards, and it seemed like masterly understatement. “It’s a big gap, and although it was quite a good weekend for us, we don’t have enough races left – or enough pace. However, there’s still quite a long way to go, and of course we’ll fight to the end…”

In the late laps both Red Bull drivers were warned of potential gearbox problems, and instructed to short-shift. “I didn’t know what was going on in the gearbox,” said Vettel, “so for the last 10 laps I was able to pace myself a bit more…”

A telling indicator of his superiority was the post-race list of fastest laps: Sebastian’s best lap – set on lap 52, one from the finish, when he was ‘pacing himself’ – put him only 12th, behind such as Gutiérrez and Bottas. “Usually,” he beamed, “Monza is one of the toughest tracks for us, but not this year…”

Not this year, indeed. “I’m very happy with second place,” said Alonso, “in the sense that I think we extracted the maximum from the car. We didn’t close the gap in the championship, though – when Sebastian and Red Bull dominate on Friday, Saturday and Sunday, there’s nothing to do…”

Now comes the run of Asian races, but Vettel always wins those, anyway. Barring an extended run of catastrophic luck, his fourth World Championship on the trot may now be considered a formality.

The weather forecast for race day had suggested intermittent drizzle through the day, followed by a thunderstorm at the end of the afternoon, but it was somewhat wide of the mark. A few drops of rain fell at mid-morning, and at 1.20pm – 40 minutes away from start time – there was a brief, light, shower. When the drivers went out on their warm-up laps, all were on intermediates, but Nico Hulkenberg was immediately adamant that slicks would be the way to go. Soon the rain stopped, and the track swiftly dried out: by two o’clock it was bone-dry, and there was no more debate about tyre choice. Räikkönen, Hamilton and Gutiérrez decided to start on the hard Pirellis, with everyone else on the mediums.

They got away cleanly enough, but the tight right-left at the beginning of the lap invariably causes problems, and Räikkönen clouted the back of Pérez’s McLaren hard enough to punt it down the escape road. At the end of the opening lap Kimi was in for a new nose, and the procedure took longer than it should have done. Dead last, he knew it would be difficult to score any points from there – ultimately he finished 11th – but he never gave up, and several times set new fastest laps.

On the first lap, too, di Resta ran hard into Grosjean, and if the Lotus somehow survived, the Force India did not. Paul at once accepted the blame for the incident: he had been taken by surprise, he said, when the group of cars in front of him braked earlier than expected.

Away from the grid Alonso tried to do his usual number, and make up places in the opening seconds, but if he passed Hulkenberg’s Sauber – which had qualified a remarkable third – he couldn’t find a way by Massa or Webber, let alone Vettel, and came by in fourth place at the end of the first lap.

On lap three, though, he did get past Webber, and with an audacious move. “We were close,” he said, “at the first chicane, and I used all my KERS – and the slipstream – to get up with Mark at the second chicane. It was very close, but it makes a difference to race with an experienced and respectful driver – with some drivers you would never try a move like that…”

That done, Alonso then began to close on Massa, and by lap eight, when the Ferraris were nose to tail, Felipe offered no resistance when his team-mate made the move. Now only Vettel was ahead, but although Fernando had the hammer down he could make no impression, the gap between them growing by two or three tenths every time round. Towards the end of the first stint, immediately before the stops, the Ferrari started to take a little bit back, and was only five seconds behind when Sebastian went in, but he then stayed out for another five laps before making his own stop, and that was too long. When the pack fell back into place, Alonso found himself 10 seconds adrift of Vettel.

Not only that, he also had Webber right on his tail again. Mark had got ahead of Massa on the stops, and although a front wing endplate had been lightly damaged in an earlier touch with Alonso, he had plenty of pace, and would menace the Ferrari for the rest of the afternoon. “I wasn’t as happy on the hard tyre (to which he changed at this stop) as on the medium, but we had a good battle – I always enjoy a battle with Fernando…”

Webber would finish the Italian Grand Prix in third place, less than a second behind Alonso. “It was good to experience the Monza podium finally,” he said after this, his final Formula 1 drive in Europe.

Luca di Montezemolo declared that Ferrari would be making a decision about its 2014 driver line-up this week, and an announcement is expected on Wednesday. Through the weekend the suggestion was that this was a crucial race for Massa if he were to have any hope of keeping his drive, but on Sunday morning there were those who murmured that Felipe had already been notified that his eight-year spell at Maranello was over.

True or not, he drove a splendid race at Monza, never far away from Alonso and Webber, and he finished fourth, a scant second ahead of Hulkenberg, whom many considered the driver of the day. Nico had stunned everyone – not least himself – with his qualifying performance, but if a decent finishing position looked on the cards for him, it was widely expected that he would quickly fade from the leaders’ pace. Not a bit of it: Hulkenberg’s Sauber was in the mix throughout, and he confidently fought off a challenge from Rosberg’s Mercedes, which finished on his tail in sixth.

If Hamilton’s qualifying session had been, by his own account, disastrous, he at least salvaged something from the race. The team had gambled on starting him on the hard tyres, but it didn’t work out too well, for Lewis found it hard to make up places, and then suffered a puncture, so his first stint was way shorter than expected. Once he was onto the medium Pirellis, though, he quickly began cranking out new fastest laps, and finished an eventual ninth, behind Ricciardo’s Toro Rosso and Grosjean’s Lotus, ahead of Button’s McLaren, which claimed the last point.

Like Spa this was hardly a memorable race, chiefly because it was almost a foregone conclusion not only that Vettel would win yet again, but also that once more he would do it without serious opposition. Alonso and Ferrari fought the good fight, as they did in Belgium, but the plain fact is that, day in, day out, nothing can live with the pace of Sebastian and Red Bull – even at a circuit they regarded as one of their weaker ones.

Monza will always be Monza, and the weekend was highly enjoyable, as ever, but the consensus in the paddock after the race was that Ferrari, Mercedes, McLaren et al would be well advised to abandon further development of their current cars, and put their emphasis squarely on 2014, when the rules change very fundamentally and – who knows – they may be able to win something again. 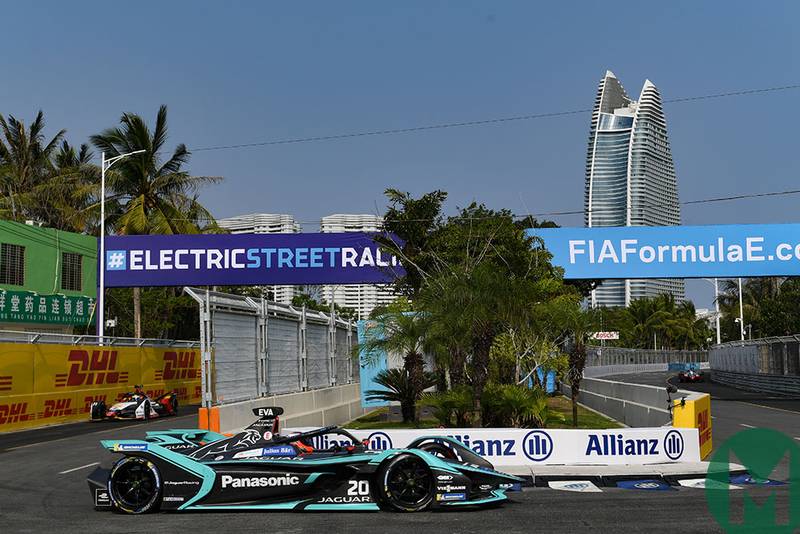 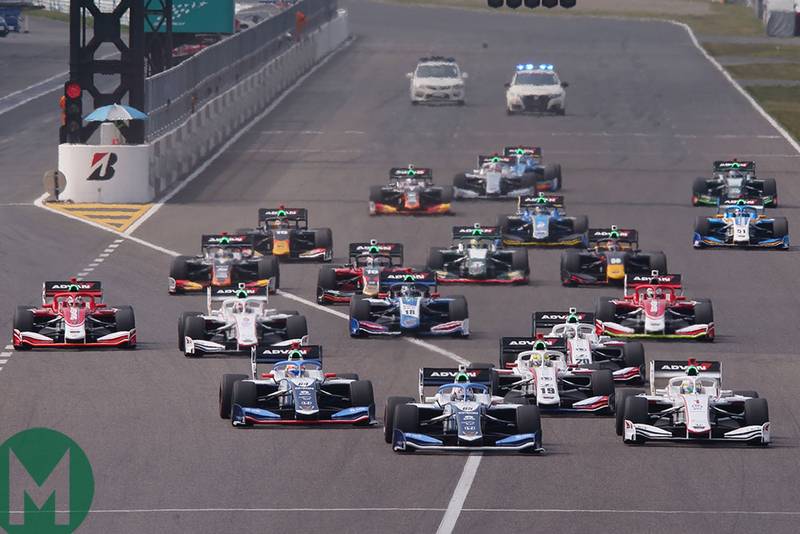 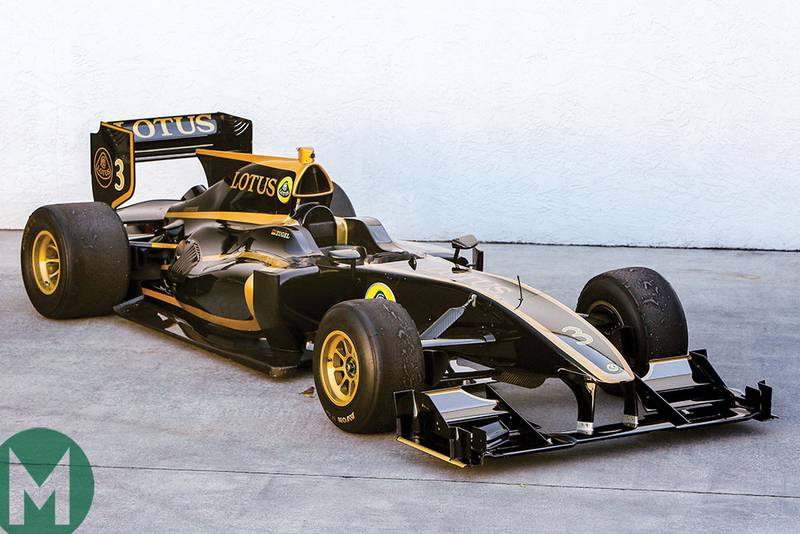 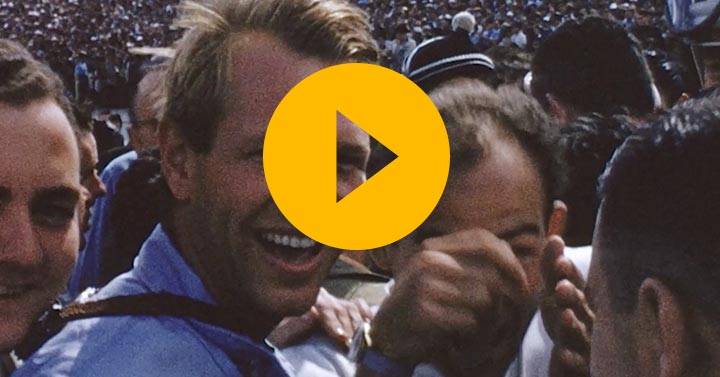