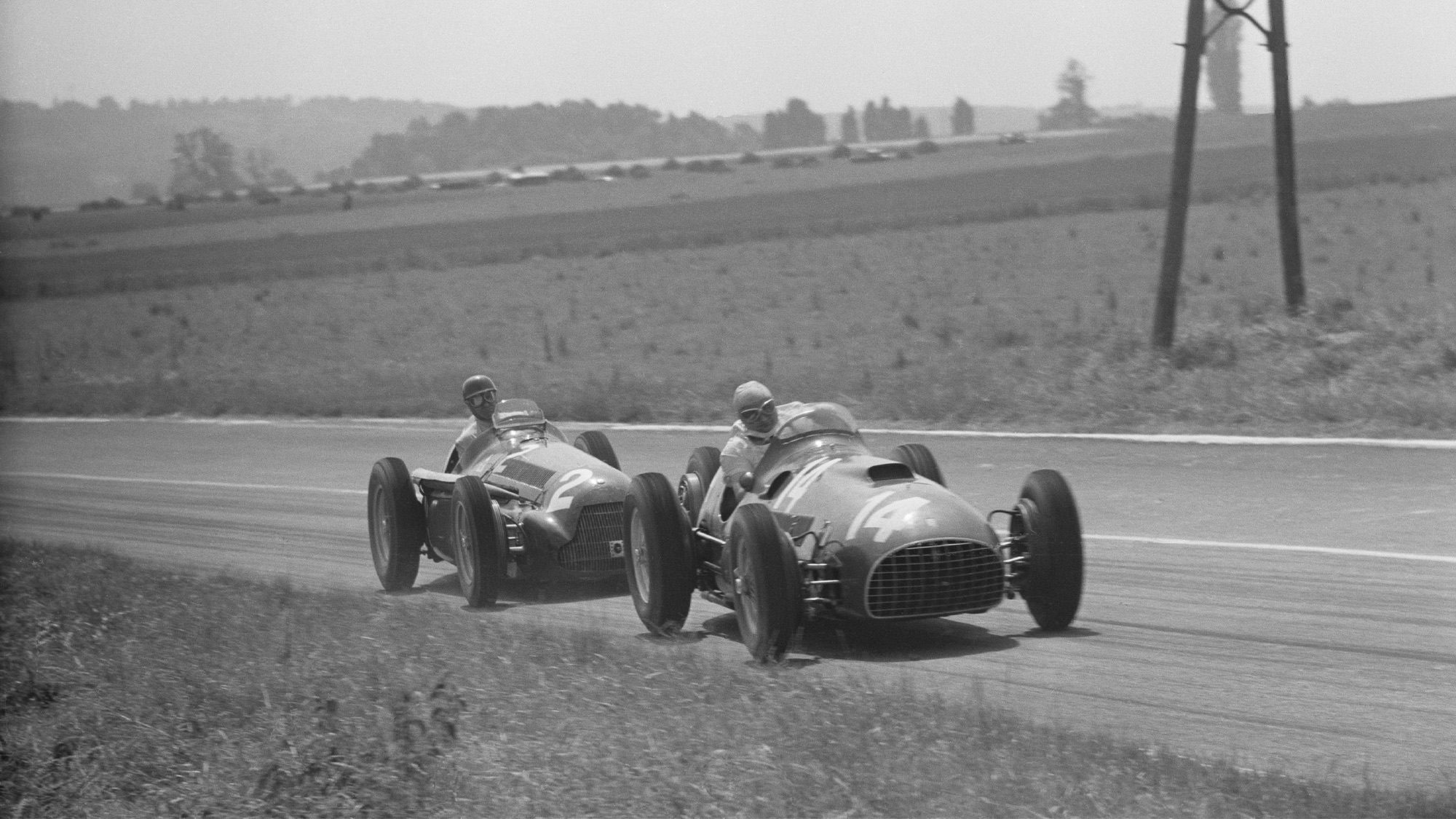 Juan Manuel Fangio was the quickest Alfa Romeo driver by 1951, invariably qualifying ahead of new World Champion Giuseppe Farina. Fangio’s three Grand Prix victories (one of which was having taken over Luigi Fagioli’s car) were enough to win the 1951 World Championship. But the Alfa Romeo 159’s engine was now so highly developed that it only achieved 1.6 mpg, requiring two or more fuel stops to complete a Grand Prix.

A strong challenge had been expected from Ferrari, but it was not until the second half of the season that it fully materialised. Jose Froilan Gonzalez, the “Pampas Bull,” scored Ferrari’s first Grand Prix win at Silverstone, with team leader Alberto Ascari winning the subsequent German and Italian races.

These were the first defeats inflicted on Alfa Romeo in five years and they brought the Ferrari drivers into championship contention. But their incorrect tyre choice for the final Grand Prix in Spain handed Fangio victory and his first crown. With their rivals gaining in competitiveness, Alfa Romeo decided to withdraw from Grand Prix racing rather than build the totally new car it would need to stay ahead. The marque would not return until 1979.

A much-vaunted new challenger from Britain, the supercharged V16 BRM, appeared for its home race. It was the most advanced car of the time and should have been able to compete with the Italians. Although Reg Parnell finished fifth at Silverstone, it was a disappointment and the team rarely mounted a concerted challenge. Their failure, combined with Alfa Romeo’s withdrawal, led to Formula 1 eventually being abandoned for the following season.