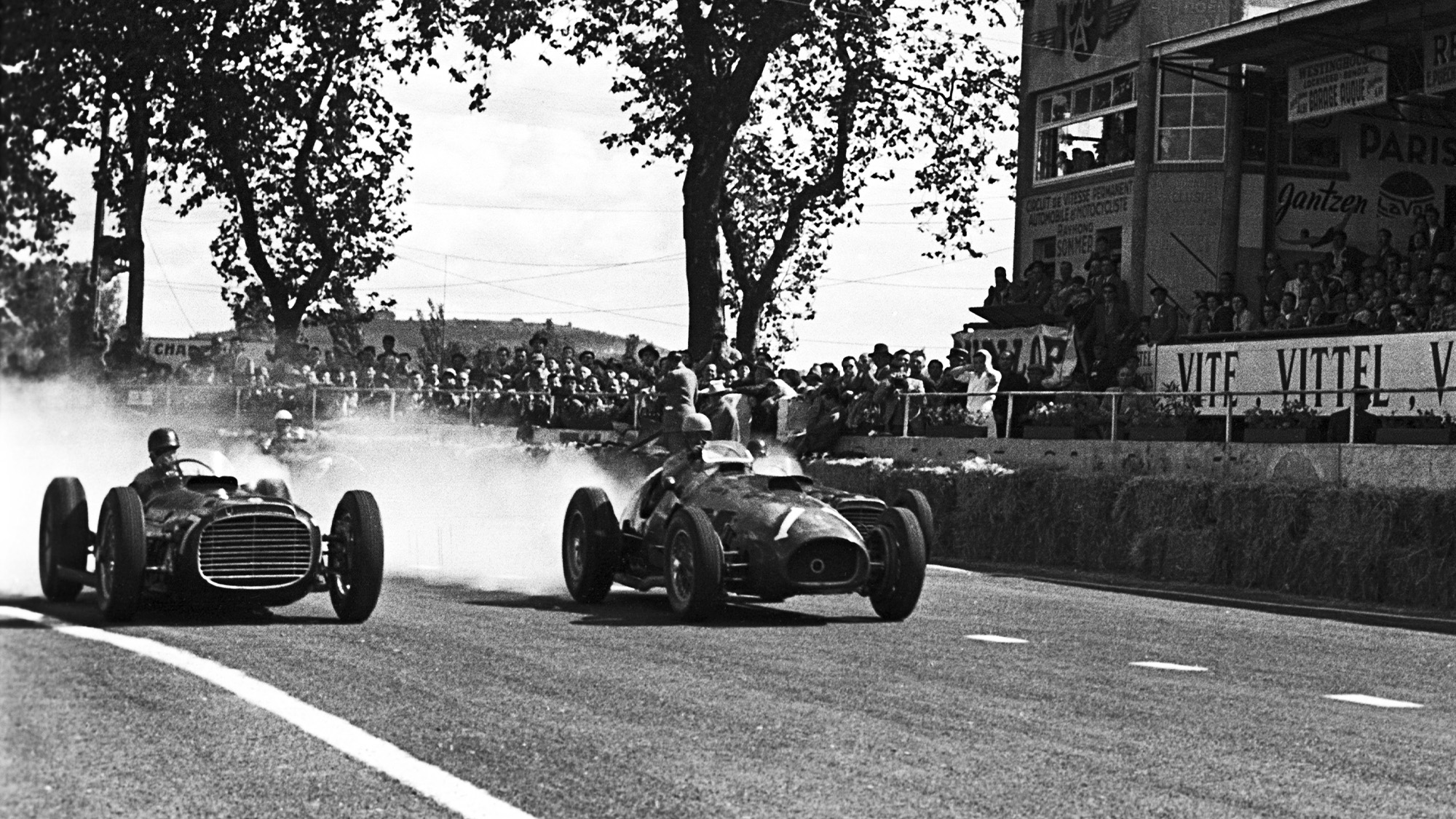 Alberto Ascari remained the man to beat in the second and final year of Formula 2, winning the first three Grands Prix of the season. He was finally beaten into fourth position in the dramatic French Grand Prix, ending a record run of nine successive victories stretching back to the 1952 Belgian GP. At Reims, his new team-mate Mike Hawthorn recorded his first Grand Prix win by overtaking Juan Manuel Fangio at the last corner after a breathtaking wheel-to-wheel dice for the lead. Ascari won two more races on the way to retaining the championship, while Giuseppe Farina also won for the team in Germany.

At the season’s last race at Monza, Maserati was still looking for its first win. The Italian GP proved to be a classic slipstreaming battle with Ascari, Farina, Fangio and Onofre Marimon (Fangio’s protege and team-mate) battling for the lead. Marimon was delayed in the pits on lap 46 but the fight for the lead continued until the very last corner of the race. Farina challenged Ferrari team-mate Ascari, who spun, colliding with Marimon’s lapped car in the process (Ascari was not classified as a finisher as he did not cross the line after the winner). Farina took to the grass in avoidance, allowing Fangio through to score Maserati’s maiden Grand Prix victory. This was the only World Championship F2 race not won by Ferrari.

The championship featured its first Grand Prix outside Europe when it opened in Buenos Aires. Although Fangio failed to finish, local stars Gonzalez and Oscar Galvez (after whom the circuit would later be renamed) did finish in the points behind the dominant Ferraris.