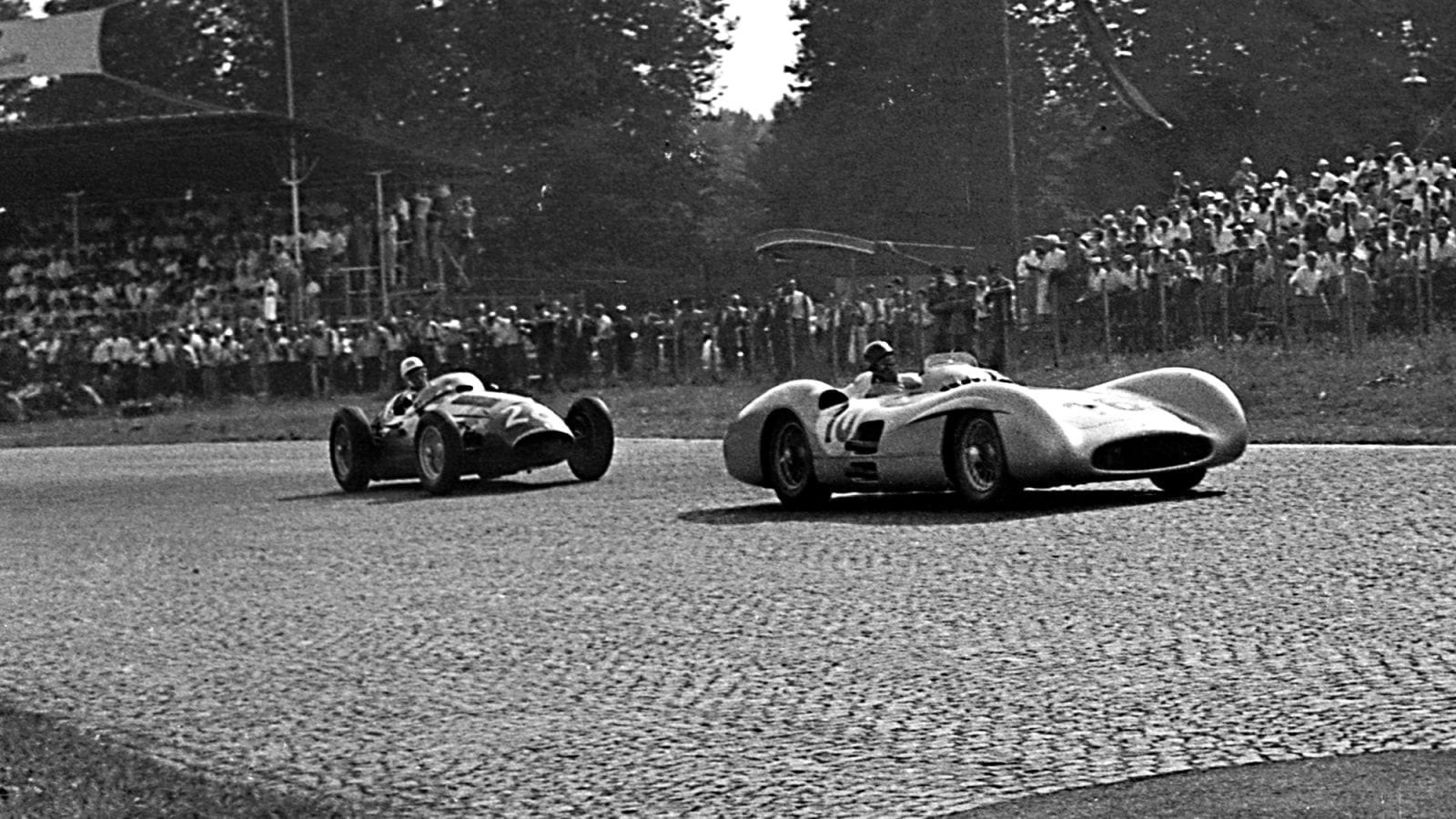 The new 2.5-litre Formula 1 attracted new manufacturers Mercedes-Benz, renowned for their pre-war successes, and Lancia to the championship. Juan Manuel Fangio signed to lead Mercedes while Alberto Ascari moved from Ferrari to Lancia.

Neither new marque was ready for the opening rounds in Argentina and Belgium, where Fangio won as a guest in the works Maserati team. That coincided with the first appearance of Maserati’s classic racing car – the Gioacchino Colombo-designed 250F. But when the streamlined Mercedes-Benz W196 made its debut at Reims, it proved to be in a class of its own, taking design and construction to a new level. Fangio and team-mate Karl Kling lapped the field in a dominant display.

With Lancia still delayed (also forcing Ascari into a Maserati) Mercedes appeared unbeatable. At Silverstone, however, the W196’s all-enveloping bodywork made it difficult even for Fangio to judge the wide-open corners. He could only finish fourth in a car dented from hitting the oil drums that marked the course. Jose Froilan Gonzalez repeated his 1951 win for Ferrari, but despite this, the team was unable to satisfactorily develop their new F1 cars throughout the season.

Now equipped with conventional open-wheel bodywork, Fangio won the German, Swiss and Italian GPs to secure his second World Championship. It is the only time a driver has won the title having represented more than one marque. Sadly, Fangio’s win at the Nurburgring was marred by the death in practice of his friend Onofre Marimon.

The Lancia D50 finally appeared at the last race of the year in Spain. Ascari qualified on pole position, led in the early laps and set the fastest race lap. Clutch problems finally intervened but its promise was evident. Mike Hawthorn benefited from Lancia’s unreliability that day to win in the Squalo Ferrari.