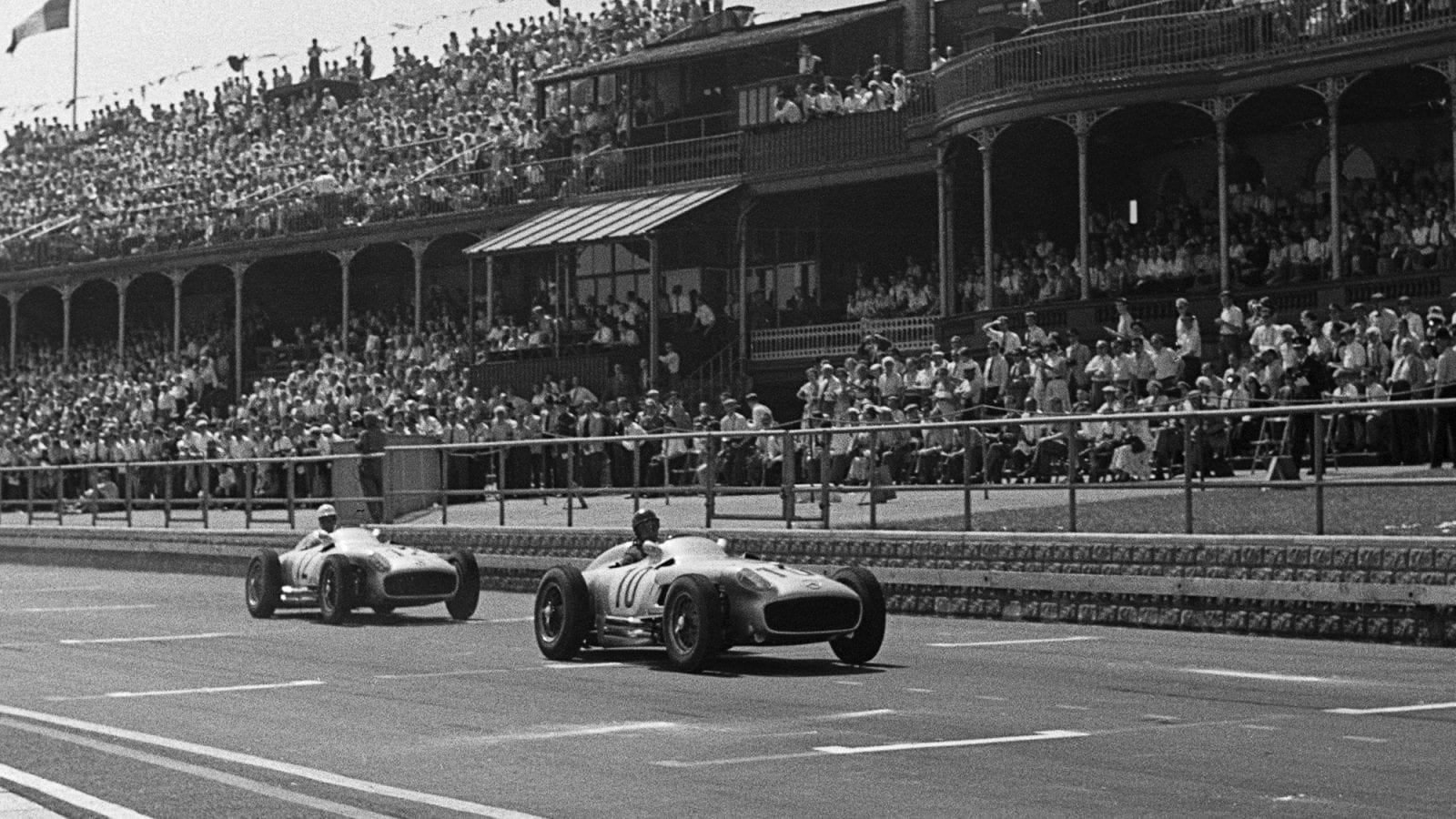 The 1955 season was dominated by two tragedies, one of which brought the very existence of the sport into question. First, Alberto Ascari survived crashing his Lancia into the harbour at Monaco only to die four days later testing a sports car at Monza. But what followed was the worst accident ever to afflict motor racing. Although it did not occur in a Grand Prix, its repercussions were felt in all branches of the sport. During the Le Mans 24 Hours, a collision on the pit straight launched the Mercedes of “Pierre Levegh” (a pseudonym for Pierre Bouillon) into the crowd; it burst into flames, killing “Levegh” and over 80 spectators. The French, German, Swiss and Spanish GPs were all cancelled, and only the British and Italian races were held after the disaster.

The Le Mans accident led to the withdrawal of Mercedes from racing at the end of the year. An enduring consequence of the accident was that motor racing was outlawed in Switzerland until 2018. Lancia immediately pulled out of Grand Prix racing following the death of Ascari; its cars and designer Vittorio Jano were re-employed by Ferrari. Ferrari’s 4-cylinder engine had become obsolete since the F2 years and increasing debts had prevented the company from developing a new unit. The V8 Lancia-Ferrari D50 presented a ready-made solution and would eventually return Ferrari to full competitiveness.

Juan Manuel Fangio won all but two rounds for Mercedes to successfully defend his drivers’ title. These included a home victory in Buenos Aires, in which he drove without relief while most of his competitors suffered from heat exhaustion in possibly the hottest weather ever experienced for a World Championship Grand Prix. New Mercedes recruit Stirling Moss scored his first Grand Prix victory at Aintree. Fangio shadowed him across the line with Karl Kling and Piero Taruffi completing a 1-2-3-4 for the team.

Mercedes’ only defeat came at Monaco, which had been restored to the World Championship calendar for the first time since 1950. Maurice Trintignant scored his breakthrough victory that day after Fangio, Moss, Ascari and Roberto Mieres had all retired ahead of him.

Tony Brooks won the non-championship Syracuse GP for Connaught – the first continental Grand Prix win for a British car since the 1920s.