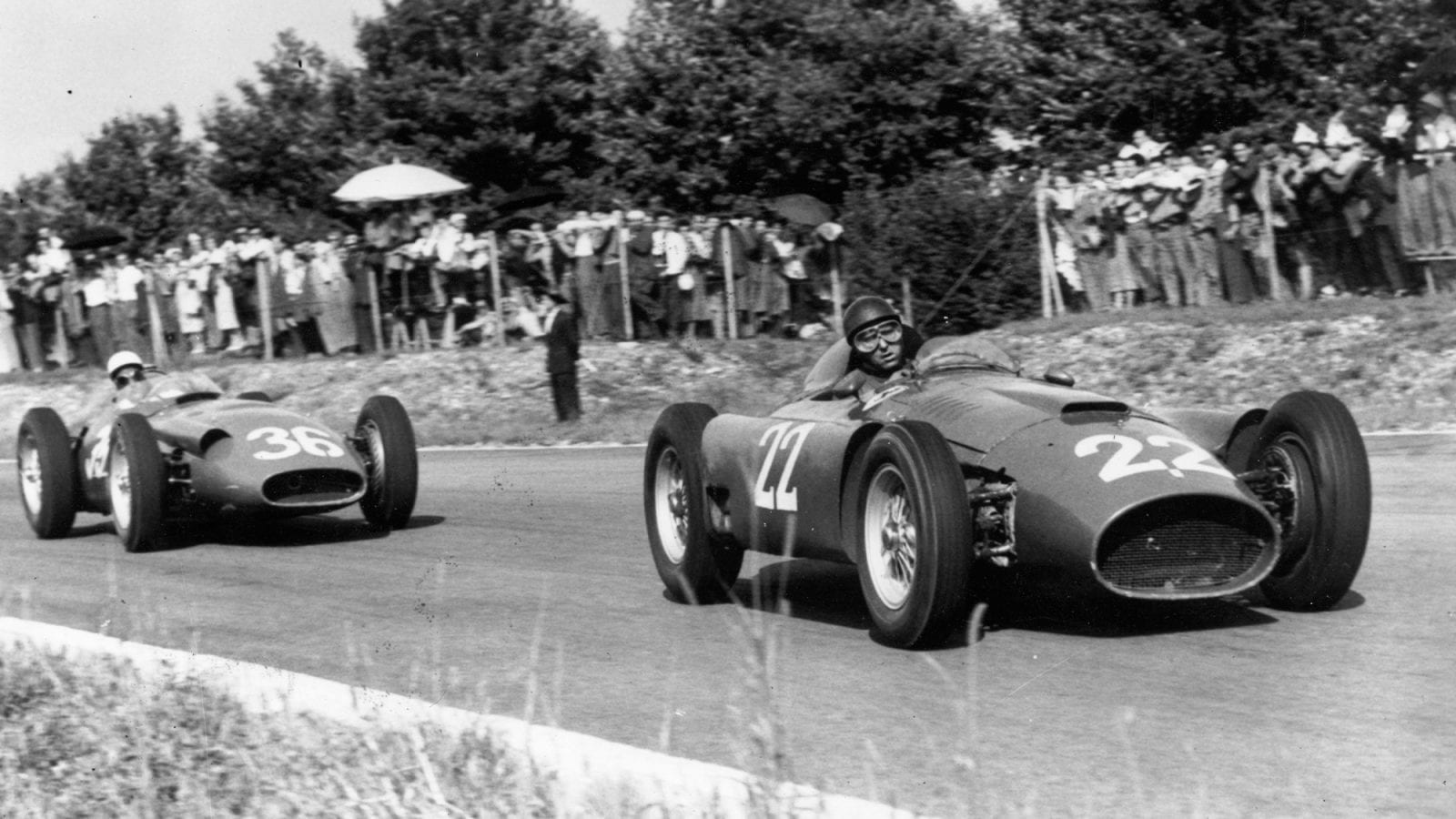 The withdrawal of Mercedes-Benz at the end of 1955 triggered a changing of the Formula 1 order for 1956. Juan Manuel Fangio and Stirling Moss signed for Ferrari and Maserati respectively. BRM, now owned by the Owen Racing Organisation, returned with Mike Hawthorn as lead driver, while Bugatti made a one-off, final and unsuccessful appearance at the French Grand Prix.

Although Fangio and Moss again finished first and second in the championship, consecutive wins in Belgium and France by Peter Collins – Fangio’s Lancia-Ferrari team-mate – almost gave the young Englishman the title. A win in the season’s last race at Monza would have made Collins champion if Fangio failed to score points. But with 13 laps to go, Collins, then running a close second behind Moss’s Maserati, gave his car to Fangio who had retired earlier. The Argentinean took second-place and his third successive World Championship. The season also saw Luigi Musso record his first win when he shared a car with Fangio in Argentina.

Of the British challengers, Vanwall and BRM both showed increasing promise – particularly in qualifying for the French and British GPs and in the early laps at Silverstone, when Hawthorn led for BRM. Results were not forthcoming however, and the best finish for a British car was Ron Flockhart’s third in Italy for Connaught.

And after the tragedies of the previous year, F1 thankfully enjoyed a season without fatalities.