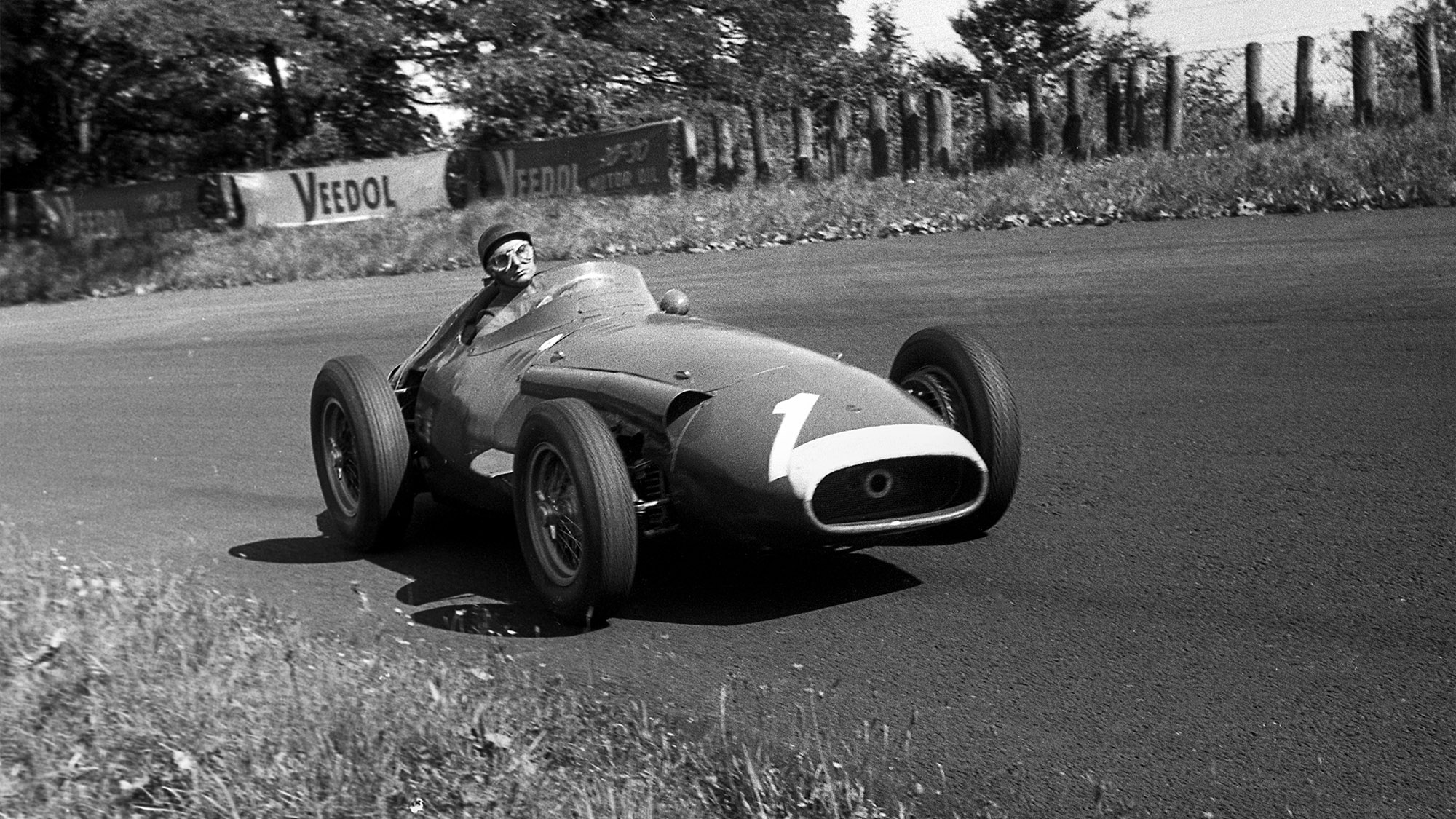 Juan Manuel Fangio moved to Maserati for his final full season of Grand Prix racing. The 250F was modified but although work had begun on a V12 engine, the new unit was only used once when driven by Jean Behra. Mike Hawthorn replaced the “maestro” at Ferrari and Stirling Moss joined Tony Vandervell’s improving Vanwall team.

Fangio started with a hat-trick of Grand Prix wins before Vanwall came good at Aintree. Having retired his own car, Moss took over from an ill Tony Brooks to record the first win for a British car in a World Championship Grand Prix.

The following race at the Nurburgring proved the ideal stage for one of Fangio’s greatest drives, which would also secure his then record fifth world title. Delayed by a lengthy pit stop, the Argentinean rejoined almost a minute behind the Lancia-Ferraris of Hawthorn and Peter Collins. Fangio repeatedly beat the old lap record as he closed in on the leaders during the last ten 14-mile laps. He passed both Ferraris on the penultimate lap and, although Hawthorn fought back, the champion was not to be denied a famous victory.

Stirling Moss rounded off the season with two further wins for Vanwall. The first of these was at Pescara on the longest circuit ever used in the World Championship. The race had been elevated to championship status due to the cancellation of the Belgian, Dutch and Spanish GPs.

John Cooper’s team offered a glimpse of the future by fielding rear-engine cars in which Jack Brabham showed promise and Roy Salvadori finished fifth in Britain.

Moss finished second to Fangio in the final championship standings for a third successive season. With the Argentinean not contesting the whole 1958 championship, Moss would start as favourite for the title.