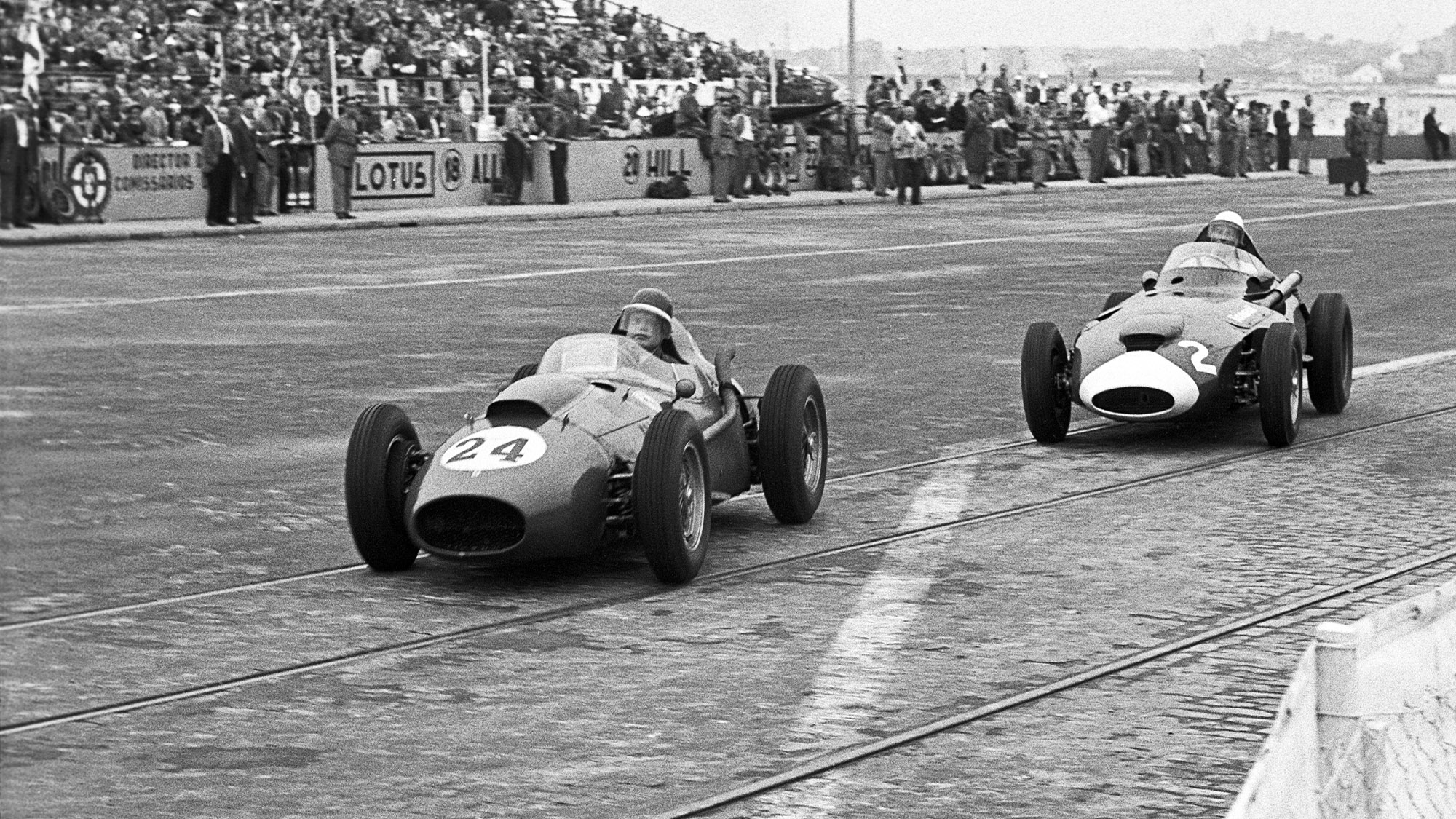 Formula 1’s governing body, the CSI, announced a number of changes for the new season. Races were limited to 300km or two hours; points would now only be awarded to drivers who drove the complete distance and did not share their car; and commercial fuel was made obligatory. Aviation fuel, which was also permissible, became standard.

This season is often regarded as one of the more unjust World Championship results. Although Stirling Moss won four races for Vanwall, he was denied the championship once again in a final-round decider in Casablanca. Countryman Mike Hawthorn only won once but he snatched the title by a single point and immediately announced his retirement from the sport. Sadly, Hawthorn would die in a road accident outside Guildford within months of his greatest triumph.

Vanwall and BRM both missed the start of the season while struggling to make their engines competitive using the commercial aviation fuel stipulated in the new rules. While waiting for Vanwall, Moss won in Argentina in a Rob Walker-entered Cooper-Climax, surprising the Ferrari team by not stopping to refuel. Maurice Trintignant also won for the team in Monte Carlo, confirming the promise of these nimble rear-engine cars.

But with Vanwall ready to race, the season soon developed into a battle between the British Racing Green cars of Moss and Tony Brooks and the Ferraris of Hawthorn and Peter Collins. At mid-season the Italian marque dominated, with Hawthorn winning in France where Fangio finished fourth in his final Grand Prix. That was followed by Collins’ win in Britain for what was to be his final victory. The flamboyant Collins was fatally injured two weeks later in a crash at the Nurburgring’s Pflanzgarten during the German GP. Team-mate Luigi Musso and Vanwall’s Stuart Lewis-Evans also lost their lives after accidents during the French and Moroccan GPs respectively.