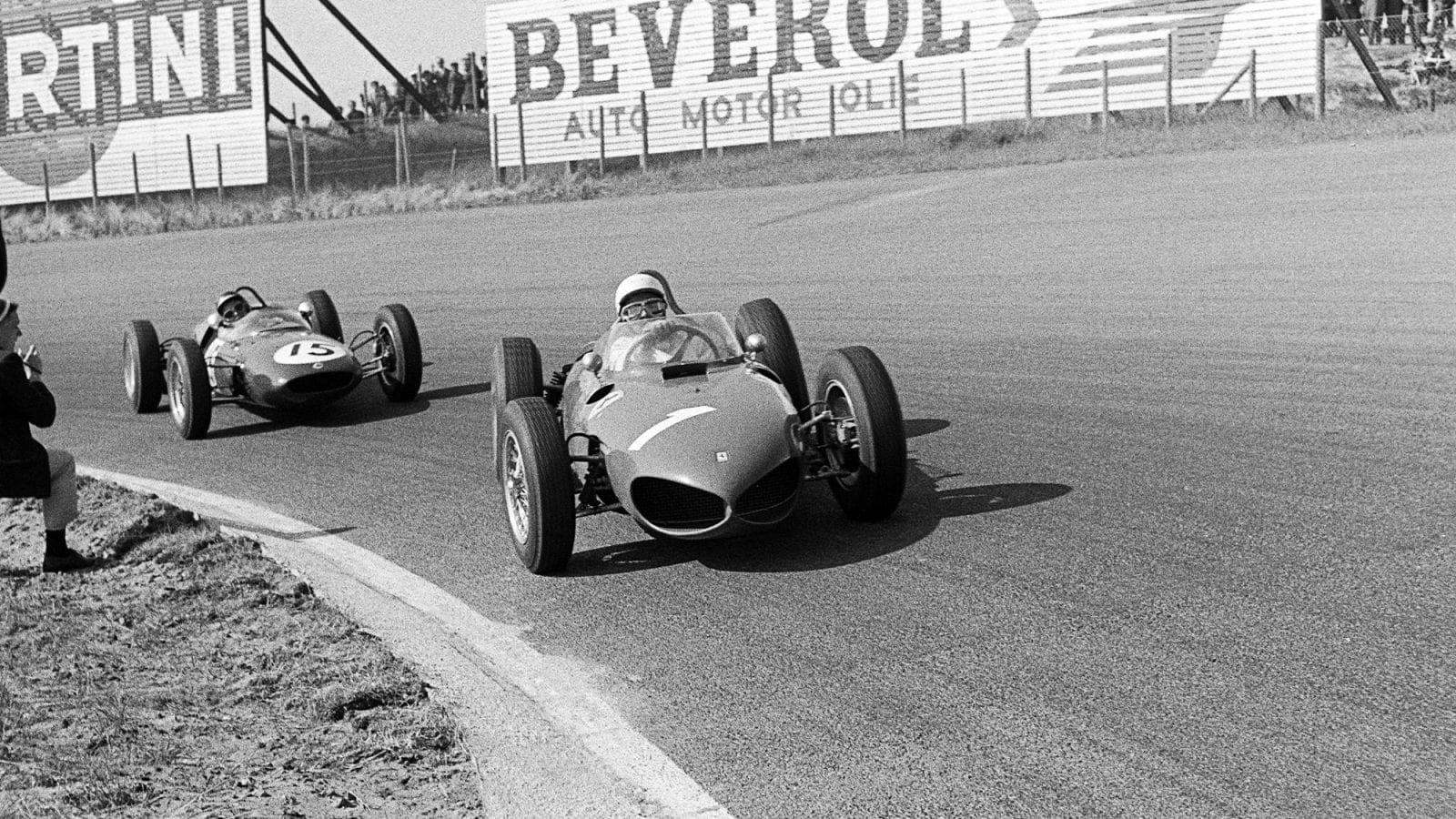 The new 1.5-litre engine formula was introduced in 1961, much to the annoyance of the British teams who had hoped to continue with the 1960 rules. Despite being informed of the change over two years earlier, they struggled to find suitable engines for the start of the season. Consequently, they had to make do with underpowered 4-cylinder units while purpose-built V8s from Coventry Climax and BRM were being made ready. Ferrari would start the year as overwhelming title favourites having prepared for the new formula and introduced the purposeful V6-powered “shark-nose” 156.

At the season’s first race at Monaco, Richie Ginther led the early laps for the Italians before Stirling Moss conjured up his greatest drive to pass and then hold off the Ferraris to win for Rob Walker and Lotus. It was a temporary triumph, however, with the Italian marque winning the next four events. Even when the works cars of Wolfgang von Trips, Phil Hill and Ginther were delayed in France, debutant Giancarlo Baghetti won in a private entry after a slipstreaming duel with Dan Gurney’s Porsche. Baghetti is the only driver to win his first Grand Prix since the championship started in 1950.

A correct tyre choice in the wet/dry German GP gave Moss a second win but it was the Ferraris of von Trips and Hill which led the championship before the penultimate round at Monza. Von Trips led Hill 2-1 in victories and by eight points in the championship. However, von Trips collided with Jim Clark’s Lotus approaching Parabolica early in the race. The Ferrari was launched into the crowd, killing the German and 14 spectators.