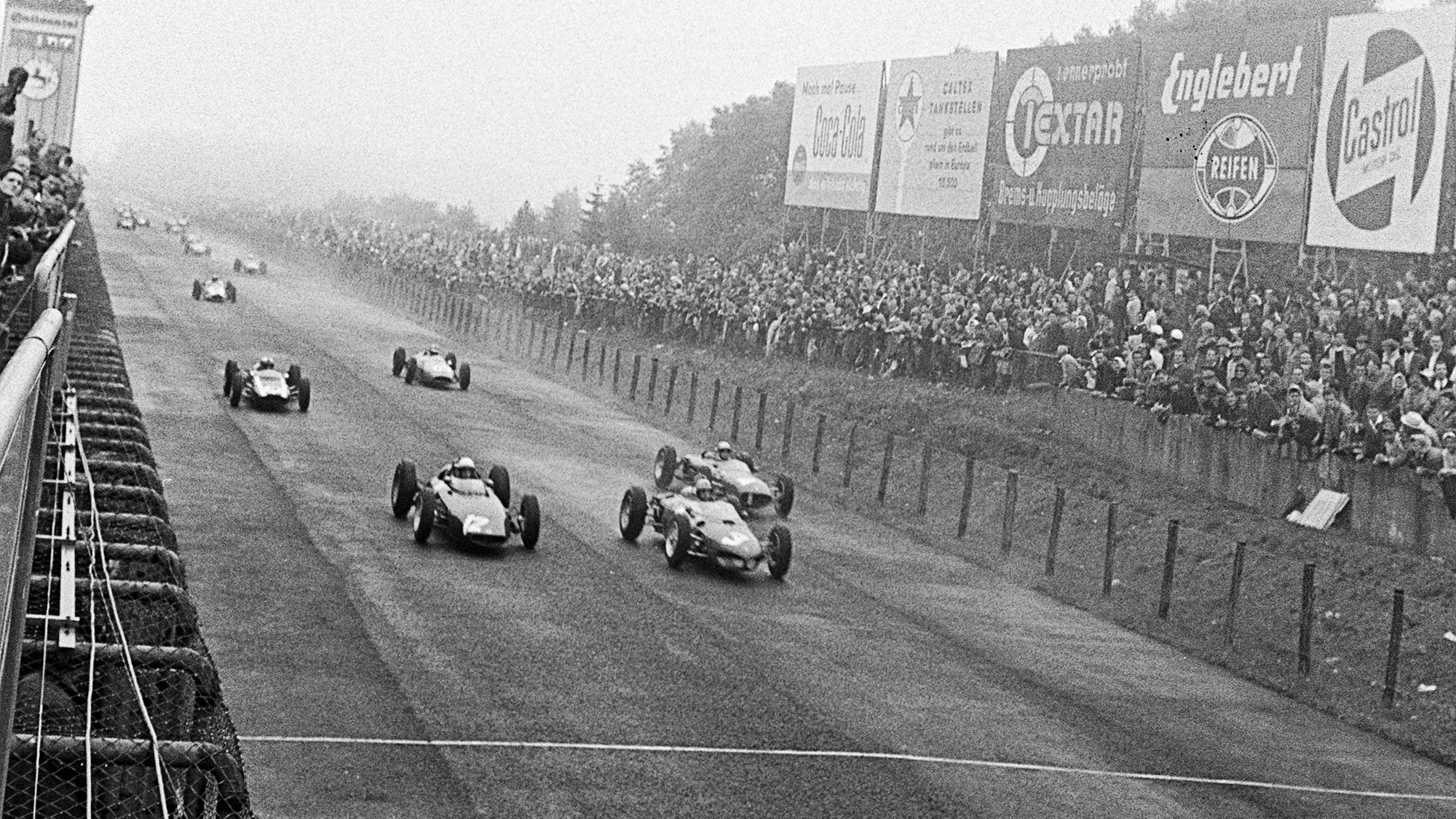 Having dominated the first year of the 1.5-litre formula, Ferrari was rocked by the departure of team manager Romolo Tavoni and several of his engineering staff. The Italian marque’s advantage was diminished further as V8 engines from BRM and Climax were now widely available for their British rivals.

When Stirling Moss was seriously injured at Goodwood before the championship began, he announced his immediate retirement from international motor racing. In his absence, Grand Prix racing was a two-way fight between a new generation of British drivers – Graham Hill, now with BRM, and Jim Clark of Lotus.

Hill won in Holland, beating the conventional works Lotus 24 of Trevor Taylor, but lost out to Bruce McLaren in the final laps of the Monaco GP. It all came right for Clark at the Belgian GP where he scored his maiden victory. Dan Gurney made up for his narrow defeat in the 1961 French GP by winning this year’s event at Rouen-les-Essarts – the only victory for Porsche as a Formula 1 constructor.

Another Clark win at Aintree was followed by the best race of the year at the Nurburgring. The first three cars, led by Hill, were separated by less than five seconds at the finish while Clark, who had stalled at the start, stormed through the field to come fourth.

A win apiece for Hill and Clark at Monza and Watkins Glen respectively set up a tense finale at the new South African GP, held outside East London. Clark led Hill off the line and opened a convincing lead. He appeared to have won both the race and the title until failing oil pressure forced him to retire to hand Graham Hill his first World Championship.