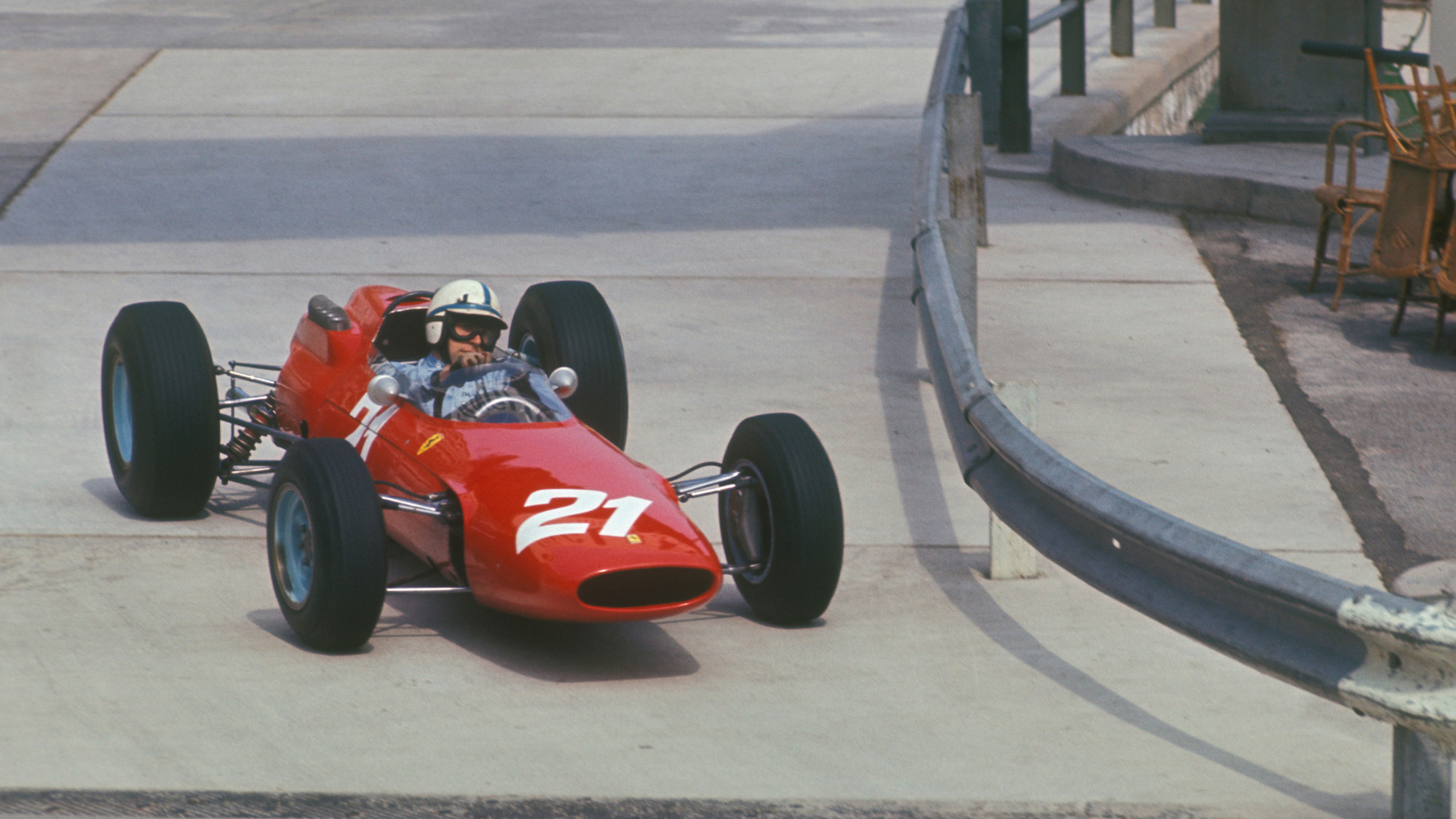 John Surtees, already a seven-time motorcycle World Champion in the 350cc and 500cc classes, became the only man to win world titles both on two and four wheels when he won the 1964 Formula 1 World Championship. He secured that drivers’ title after an epic three-way title decider in Mexico City that was reminiscent of a far-fetched Hollywood script.

The year started with a battle between the previous season’s championship protagonists. BRM built their first full-monocoque chassis and Graham Hill and Richie Ginther enjoyed a 1-2 victory in the opening Monaco GP. Jim Clark and Lotus then imposed themselves on the season with three successive early-season wins. These included a bizarre finish at Spa-Francorchamps where Clark ran out of fuel after crossing the line unaware that rivals Hill and Dan Gurney had also run dry and that he was the winner. Gurney scored his first wins for the Brabham team both in France and at the Mexican finale.

However, by the second half of the season Ferrari had come to the fore – Surtees winning in Germany and in Italy after a battle with Gurney. In between, team-mate Lorenzo Bandini scored his only GP victory in a race of attrition on the bumpy Zeltweg circuit in Austria. Sadly, practice for the German GP had been marred by an accident that befell popular privateer Count de Beaufort, who would later succumb to his injuries.

After five races Clark had seemed set for a successful title defence but his late summer was blighted by poor reliability. He led comfortably from the start of the last round in Mexico and was in a position to retain his crown when his engine failed on the very last lap. Graham Hill, leader of the championship after the penultimate round, had earlier been delayed in a collision with Bandini’s Ferrari but the Englishman was now in line for the title following Clark’s retirement. However, Bandini then slowed, giving his team leader Surtees second position in the race and the points he required to become World Champion.