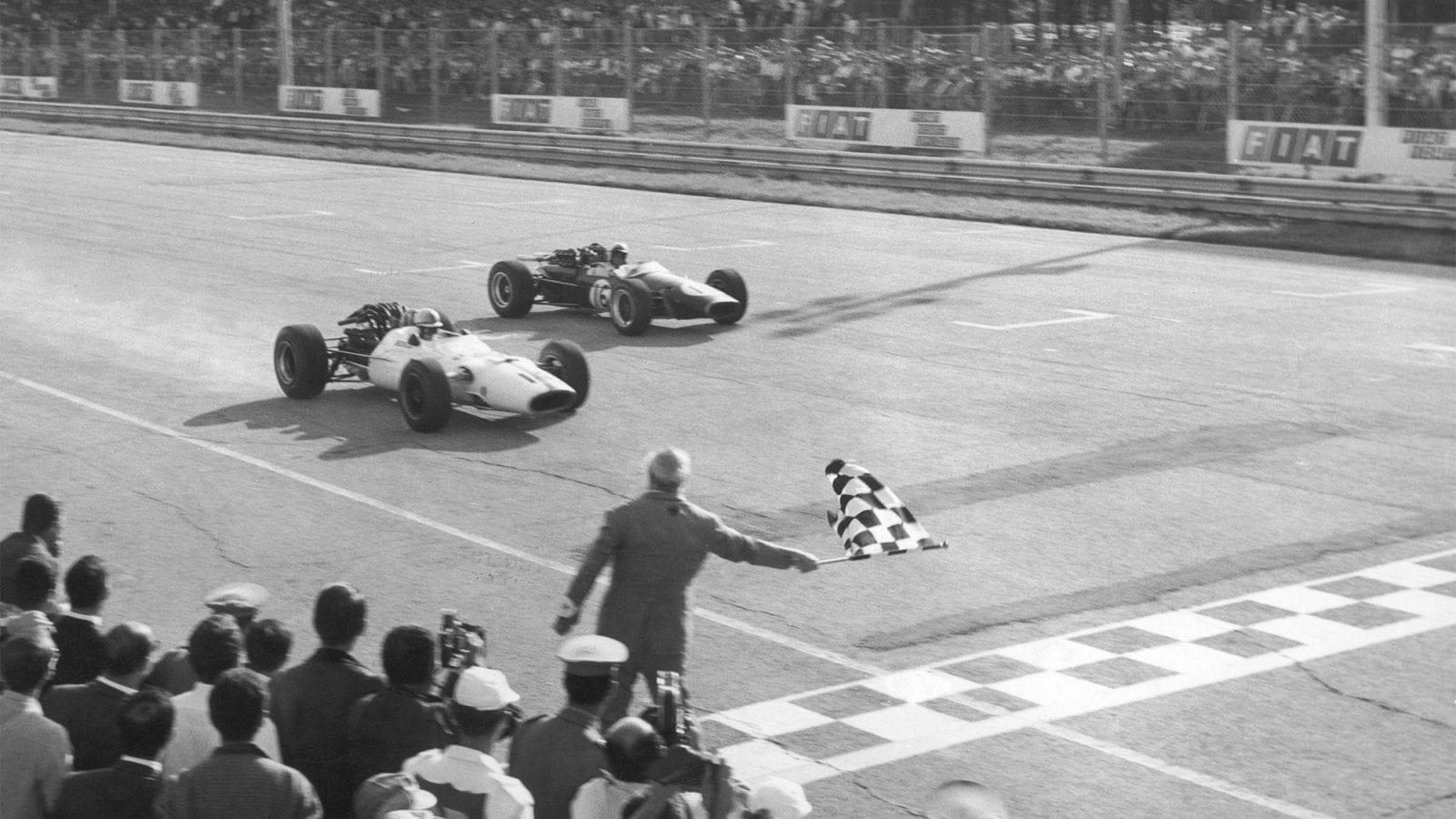 Graham Hill returned to Lotus in 1967 to partner Jim Clark in one of the strongest driver line-ups yet seen. The team had an exclusive agreement to use the new Ford DFV engine that had been designed and built by Cosworth Engineering with financing from the Ford Motor Company. It would become the most successful Formula 1 engine of all time and it continued to win races into the 1980s. Clark gave the engine a stunning debut with a win at Zandvoort after Hill had retired from pole position.

The late introduction of the new engine and some initial reliability problems meant that Clark and his four wins could not prevent the Brabham team repeating their championship success. This time Denny Hulme beat his boss to the title by five points at the last race. Both drivers won twice, but the New Zealander’s marginally better placings proved decisive.

The Kyalami circuit, hosting the South African Grand Prix for the first time, opened the season and almost produced a surprise win for Rhodesian privateer John Love. His old 4-cylinder Cooper-Climax only lost the lead to Pedro Rodriguez’s BRM when Love had to refuel six laps from the flag. Dan Gurney gave his Eagle team its only GP win at Spa-Francorchamps when Clark and Jackie Stewart were delayed.

The Italian GP was a classic example of Jim Clark’s virtuosity and another memorable slipstreaming race. In an incredible display, Clark regained a whole lap lost by an unscheduled early pit stop, and retook the lead only to run out of fuel on the very last lap. This handed victory to John Surtees on the first appearance of the Lola-built Honda RA300.

It had been a year of tragedy for Ferrari with Lorenzo Bandini killed in a fiery crash at Monaco’s chicane and Englishman Michael Parkes injured at Spa. This put the young New Zealander Chris Amon into the spotlight as team leader. Amon’s mature performances never quite yielded a GP victory, either in 1967 or later in his career. Another youngster making a strong first impression was Jacky Ickx who ran fourth among the F1 cars, only to retire while competing in the F2 class of the German GP.