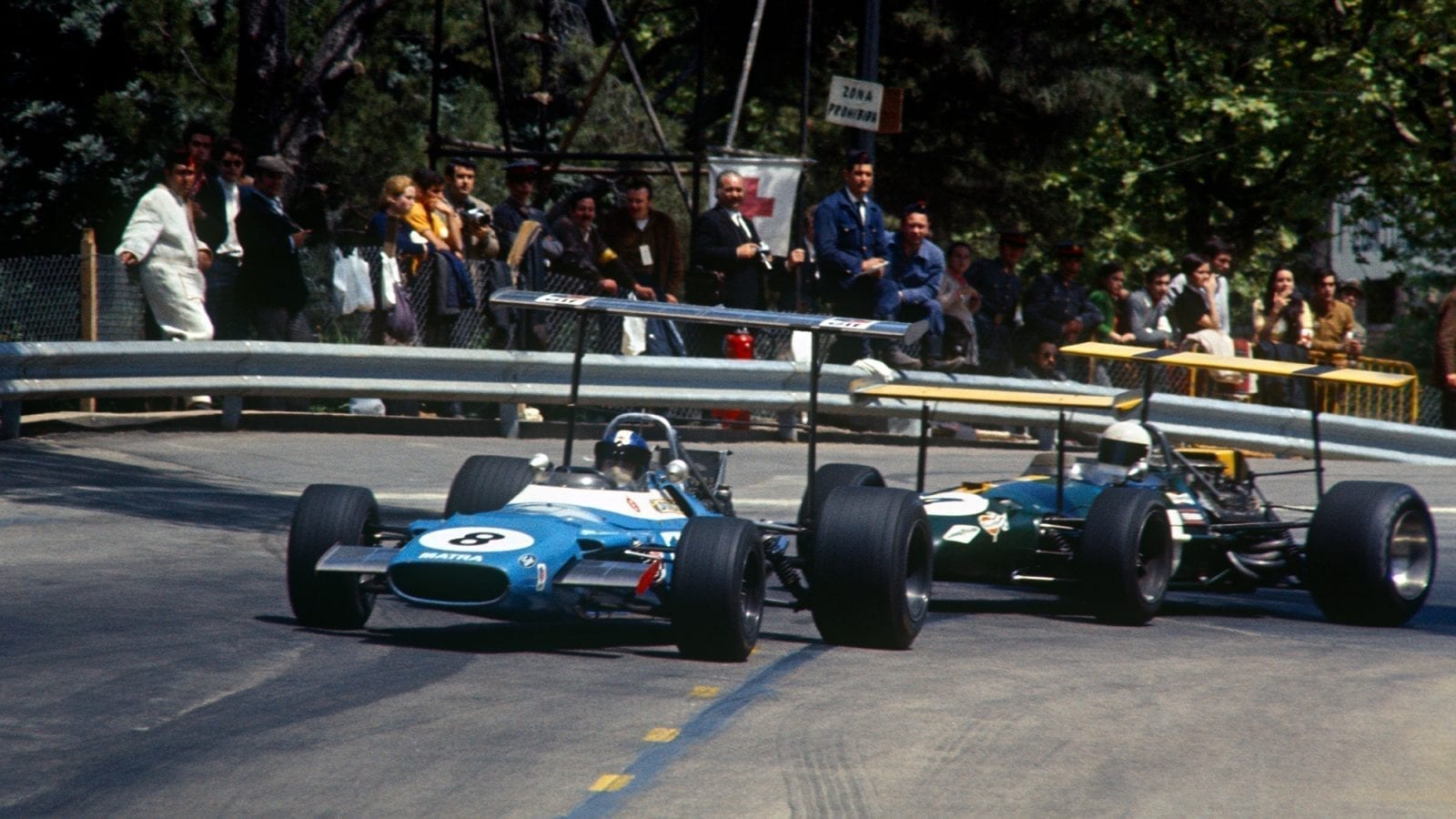 Jackie Stewart had won three Grands Prix in Ken Tyrrell’s Matra-Ford during 1968 and it was no surprise when the combination dominated the new season. He won five of the first six races and went on to clinch his first title after a four-car slipstreaming battle at Monza.

The Spanish GP at Barcelona’s Montjuich Park brought safety concerns regarding high aerodynamic wings to a head. Both works Lotus 49s – driven by Graham Hill and Jochen Rindt – crashed heavily after their wings collapsed from the downforce they were generating.

The CSI called an emergency meeting during the Monaco GP weekend and immediately banned unrestricted wings. The teams argued that this would make the cars even more dangerous, claiming that since they had been designed around these devices, removing them would make the cars unstable. Nevertheless, the CSI forced the changes through for that weekend’s race.

Graham Hill won at Monaco for the fifth time, a record that would stand until Ayrton Senna’s sixth victory in 1993. Emerging star Jacky Ickx won twice for Brabham to finish a distant second in the standings. The man he replaced in the team, Jochen Rindt, recorded his first GP victory at Watkins Glen for his new employer Lotus. The year ended in Mexico with Denny Hulme winning for McLaren. It would be the team’s final victory before founder Bruce McLaren died while testing a Can-Am car in June 1970.

Four-wheel drive was seen as the next logical step in Formula 1 design. Both Matra and Lotus introduced new cars at the Dutch GP with the McLaren version joining the grid for the British GP. Matra’s system was developed by Ferguson, which had entered a four-wheel-drive car once before in 1961. This time the system proved to be an expensive distraction.

With Ferrari and BRM both uncompetitive and Matra taking a sabbatical from engine-supply, the Ford DFV engine won every round of the championship. Ferrari, which had recently sold 50 per cent of the company to Fiat, underperformed to the extent that the marque recorded only one podium and three points finishes.