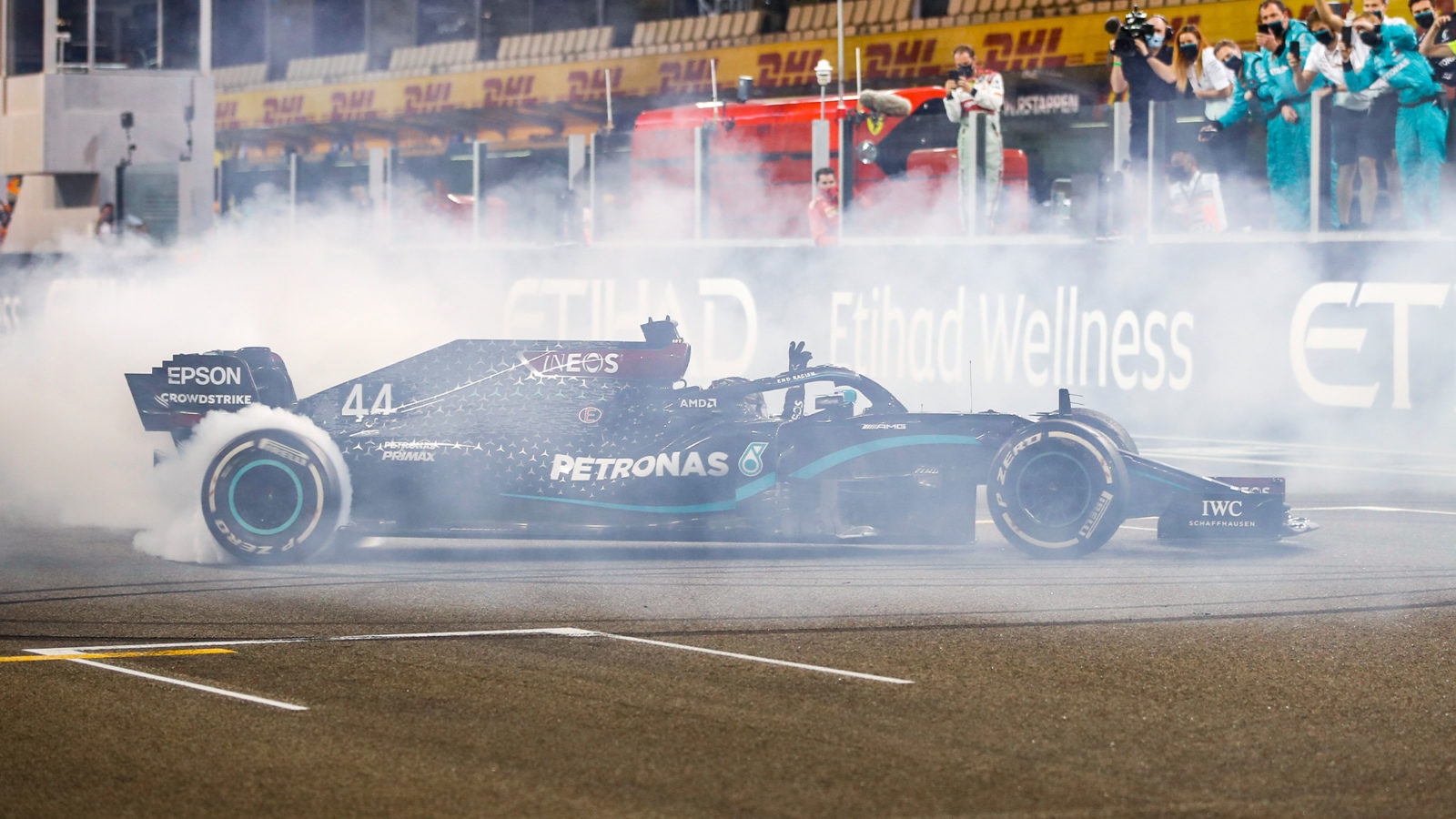 Not even Formula 1 can outrun a global pandemic. Covid began to spread across the globe as the start of the 2020 season approached, but teams continued preparations for the season-opener in Australia, even as later races were dropping off the schedule.

Lewis Hamilton declared himself “shocked” that the race was going ahead when the paddock assembled in Melbourne in March, but he would never make it onto the track. A confirmed Covid outbreak in the paddock led to the Grand Prix being called off just hours before the cars were due on track — and while crowds were queuing at the gates.

The cars would remain silent until July, as factories shut down, staff were furloughed and rule changes intended for 2021 were delayed by a year.

The championship returned to an unfamiliar calendar with new and returning circuits, including Mugello and Istanbul Park, crammed into a six-month schedule.

But on track, the story was a familiar one as Mercedes dominated, winning 13 out of the 17 races.

Hamilton took 11 of those wins, surpassing Michael Schumacher’s all-time record of 93, making the British driver the most successful in F1 history.

The Mercedes machine did suffer from the odd stumble; Hamilton lost the Italian Grand Prix when he stopped while the pitlane was closed, handing Pierre Gasly his debut win.

A pitstop error also cost George Russell a fairytale win in the Mercedes during the Sakhir GP, where he replaced the Covid-afflicted Hamilton who was absent from the grid for the first time since he began his F1 career with McLaren.

The win went to Sergio Perez who drove his Racing Point from last place, into the lead.

Also missing from the race was Romain Grosjean, whose Haas speared into a barrier and erupted into flames at the earlier Bahrain Grand Prix. The French driver leapt from the fiery wreckage of the 53g crash, with only burns to his hands.

One of F1’s most bizarre seasons came to an end in Abu Dhabi, with Hamilton having long-won the drivers’ title, ending up 124 points ahead of team-mate Valtteri Bottas. Mercedes took an emphatic constructors’ win, 254 points ahead of Red Bull.