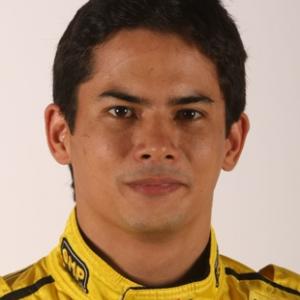 The first Malaysian (albeit with a British mother) to race in Formula 1, Alex Yoong never impressed at that level but he was a race winner in A1GP later in his single-seater career.

The son of the manager of the Shah Alam circuit near Kuala Lumpur, Yoong raced in Formula Asia from 1994. He moved to Europe and Formula Renault in 1996 and spent two seasons with Silverstone Racing.

He graduated to British Formula 3 in 1998 with a Portman Racing Dallara F397-Renault. A switch to Alan Docking’s Mugen-powered car for the last three races allowed Yoong to qualify third for the Silverstone finale. He remained with the Australian’s team in 1999 and finished second at Brands Hatch in a season curtailed by sponsorship problems.

Yoong also made his Formula 3000 debut that year in both the Italian and FIA series. He struggled to qualify in the latter and retired his Ecurie Monaco Lola B99/50-Zytek on both occasions he did start.

He switched to Formula Nippon in 2000 and started the following season in the Japanese category. However, with backing from Malaysian lottery firm Magnum, Yoong replaced Tarso Marques in the second Minardi PS01-European for the final three Grands Prix of 2001. He began 2002 by finishing a career-best seventh in Australia before being dropped for a couple of races after he failed to qualify three times. He returned for the Italian GP, and although he started the last three races, Yoong was not retained for another season.

He continued his career with limited Champ Car outings for Dale Coyne in 2003 and a drive in Australian V8 Supercars a year later but achieved little. However, the A1GP World Cup of Motorsport gave him a new platform and international race wins. Perhaps the opposing driver talent was weaker but Yoong still prevailed in the Shanghai sprint race at the 2005/06 finale and won three times (including a double victory at Brno) the next season.

He also shared Racing for Holland’s Dome S101HB-Judd in the 2006 Le Mans Series with team patron Jan Lammers. Third at the Nürburgring, he switched to Charouz Racing and a Lola B07/10-Judd for 2007. Second in the opening round at Valencia, he was eighth in the Le Mans 24 Hours when sharing with Jan Charouz and Stefan Mücke on both occasions.

Yoong began the 2008/09 GP2 Asia Series with Qi-Meritus but was replaced by Marco Bonanomi from round five. Yoong continues to race in Asian GTs and he won the region’s Audi R8 one-make series for three years in a row from 2014-16. Formerly a driver coach for Caterham Racing, Yoong now works as a presenter on Malaysian television and as a businessman.